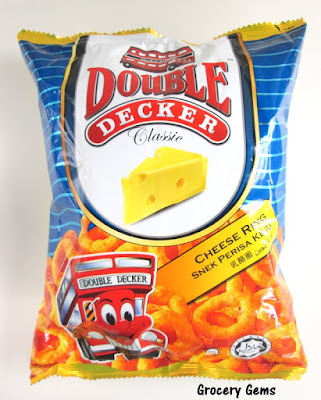 In an attempt to get a move on with my Around the World Challenge I decided to buy these Double Decker Cheese Rings. I was a bit hesitant as I thought I should be able to find a more interesting snack from Malaysia. Anyway, how bad could a Cheese Rings snack be? 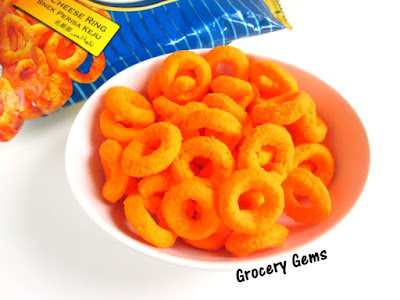 It turns out that they could be SO BAD that they're the worst snack I've ever tried. Not just the worst cheese snack, the overall worst snack of any type. It's not just their Day-Glo florescent orange colour that makes these so horrendous (and by the way I didn't edit the colour in the photo above - that's just how orange they are) but also the actual texture and flavour that are terrible too. The texture was not crunchy enough, so that they're slightly soft and almost chewy. Then on top of that there is so much seasoning powder on each snack that they have a chalky consistency. Mmmm chalky AND chewy. I could barely eat one of these Cheese Rings so this whole product is a bit of a disaster.

To be fair to Double Decker perhaps something went wrong in transit that caused them to be stale or damaged (although I'm not sure that can explain the orange-ness). Also, I'm pretty sure I've tried some other Double Decker branded snacks that were okay (but didn't take photos) so these are not a reflection on the rest of the range. 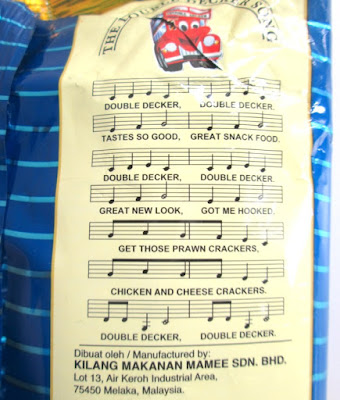 On the plus side there is a Double Decker theme song on the back of the packet which I think deserves a couple of points on the Grocery Gems rating!

Email ThisBlogThis!Share to TwitterShare to FacebookShare to Pinterest
Labels: Around the World, Crisps