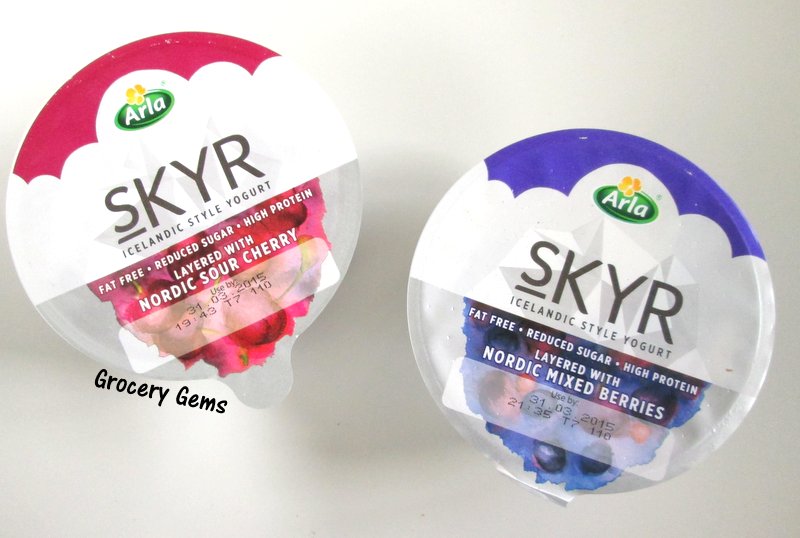 I bought a few pots of Skyr Icelandic Style Yogurt when they were released in the UK a few weeks ago. It's described as a thick and creamy yogurt that is high in protein. I've never tried the real thing in Iceland so I'm afraid I won't be able to comment on any similarities. If anyone has tried both then I'd love to hear from you in the comments below. 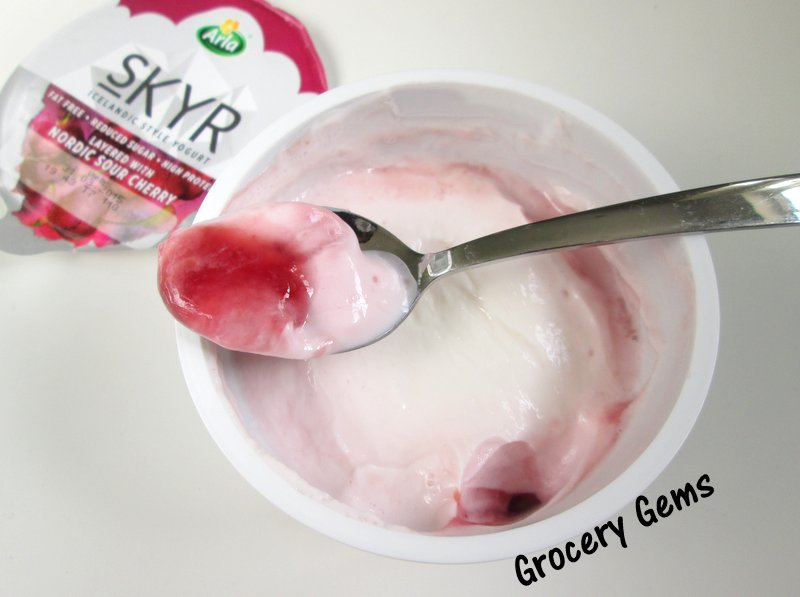 I'm already a fan of strained style yogurts and I found the texture and flavour of the Skyr yogurt here to be very similar. The yogurt has a super thick and creamy texture which makes it very satisfying and filling. The variety I tried was the Nordic Sour Cherry and I have to admit that I didn't really like the sour fruit flavour here. It was just a bit too tart for me, especially when combined with the already sour tasting yogurt. It's not a flavour I would buy again but I would still want to give a few of the other varieties a try.