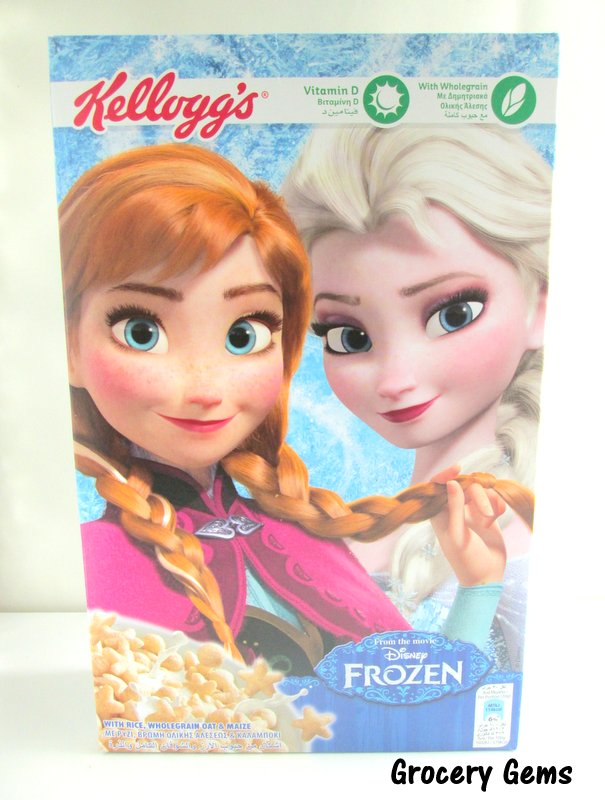 Aswell as the recent Star Wars cereal, Kellogg's have also launched this cool looking Disney Frozen cereal. I bought both from Asda for only £2.00p each (they're also currently available on a 3 for £5 if you want to stock up). 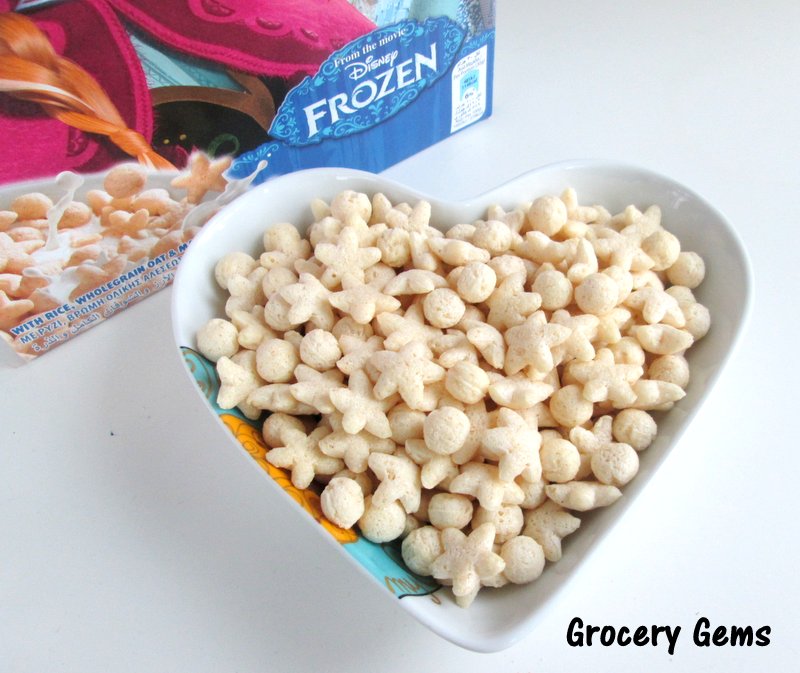 The Kellogg's Disney Frozen cereal is made with a blend of rice, maize, and wholegrain oats, in a mix of star and ball (snowball perhaps?) shapes. I was pleased when I heard that this cereal is a "sweetened vanilla" flavour as it's actually surprisingly hard to find a simple vanilla flavoured cereal for children. Most cereals of this type tend to be honey flavoured which my kids are not particularly keen on, but they both enjoyed the vanilla flavour here. It's nicely sweet, without being too overpowering and keeps it's flavour well in the milk. I have to admit that I've been enjoying this cereal as a snack too (just dry cereal in a bowl but it's really good!). 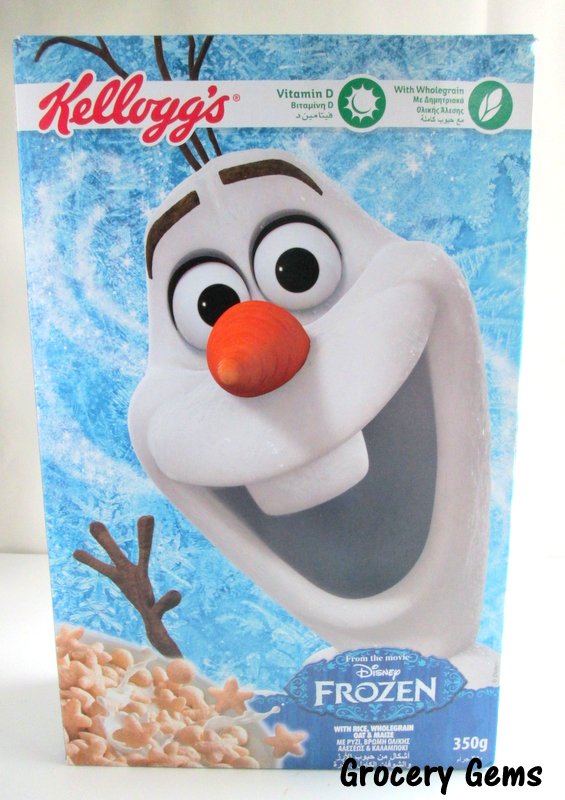 Just like the Kellogg's Star Wars cereal, the packaging is really well done and looks wonderful. There isn't a back or front to the box, with both sides featuring different characters in full - either Anna & Elsa or a cheeky Olaf.


Overall we all really enjoyed this new Kellogg's Disney Frozen cereal, especially the sweet vanilla flavour. It's interesting to note that the US version of this cereal (also by Kellogg's) contains additional blue and white marshmallow pieces (see last photo here).


Have you tried this cereal yet? Let me know what you thought in the comments below!