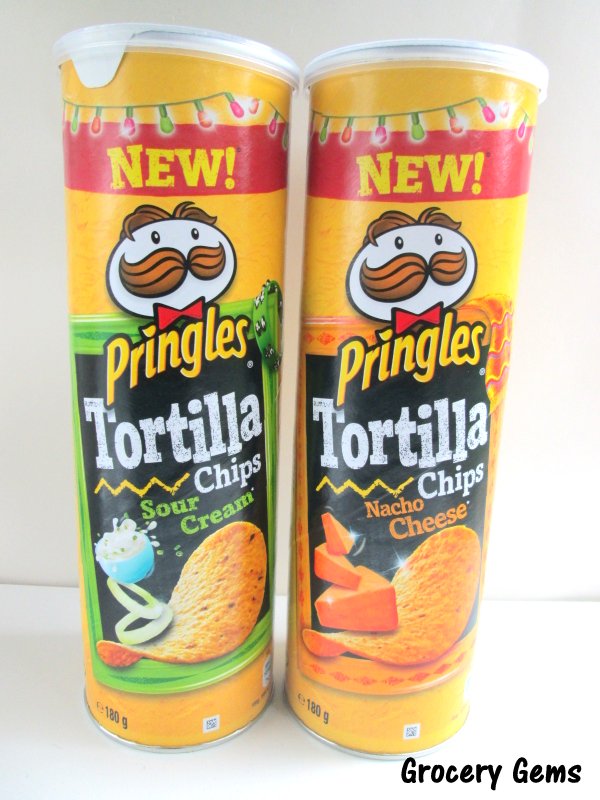 I picked a few of the new Pringles Tortilla Chips flavours yesterda. I decided to go for the Sour Cream and Nacho Cheese varieties. There are two other flavours available also - Original and Spicy Chilli. I don't really buy Pringles very often but the boys in the Grocery Gems household are all big fans of tortilla chips and they were looking forward to giving these new Pringles Tortilla Chips a try. 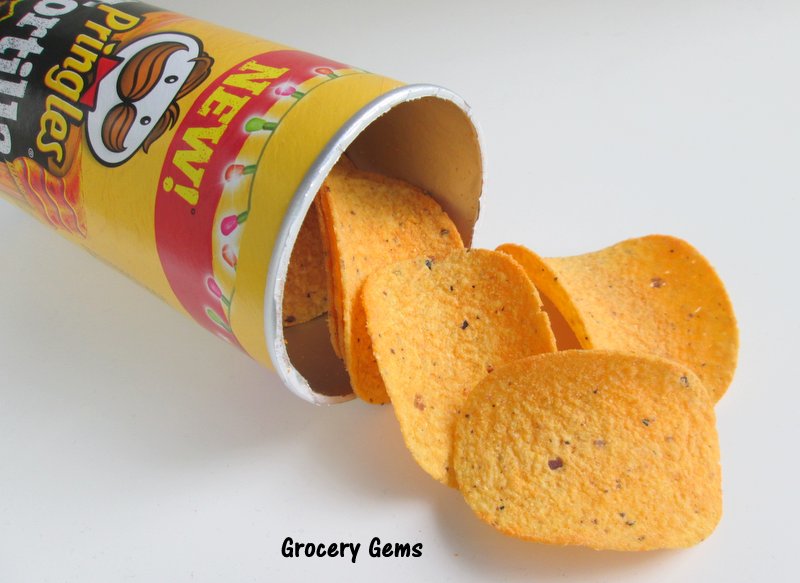 Everyone was keen to try the Nacho Cheese flavour first, although I was a bit reluctant, mainly because I hate Tangy Cheese Doritos and I thought they might be similar. Luckily the cheese flavour here is nothing like the Doritos one. It's less overpowering but is still robust enough to satisfy any cheese fan. The texture of these Pringles Tortilla Chips is really interesting too, they have the same type of crunch as most Pringles, which is not as hard or crunchy as regular tortilla chips. They have the distinctive Pringles appearance and texture (great for dipping!) but all the flavour of corn based snacks.

Overall, we did enjoy these Pringles Tortilla Chips and I'm sure they will be very popular. I would probably buy them again but the only negative I have is the long ingredients list which includes MSG.