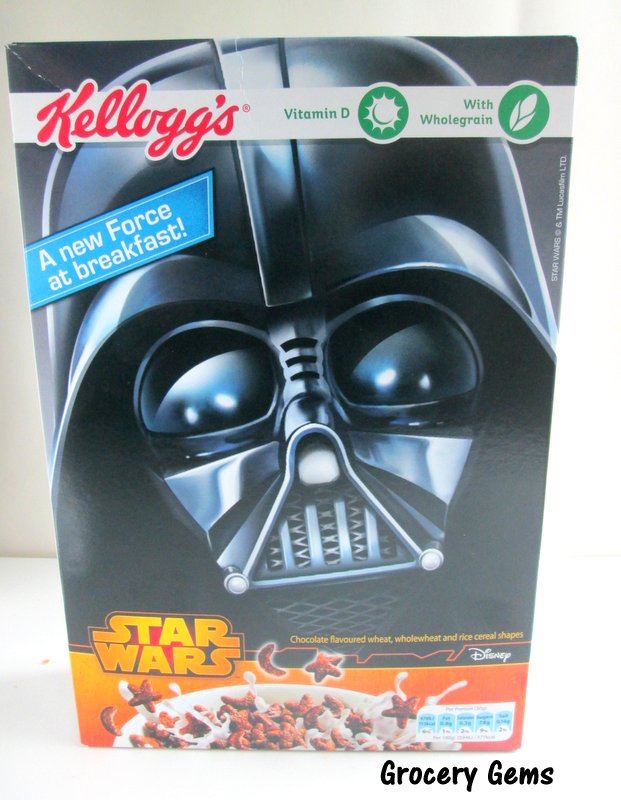 It's not often that we get movie tie-in cereals in the UK, in fact the last one I remember is the Nestlé Monsters Inc cereal. The good news is that this month sees the release of two new cereals from Kellogg's dedicated to popular films - Star Wars and Disney's Frozen. Although it could be argued that these particular movies have no need for additional promotional merchandise, I'm still excited to see these cereals launched in the UK. 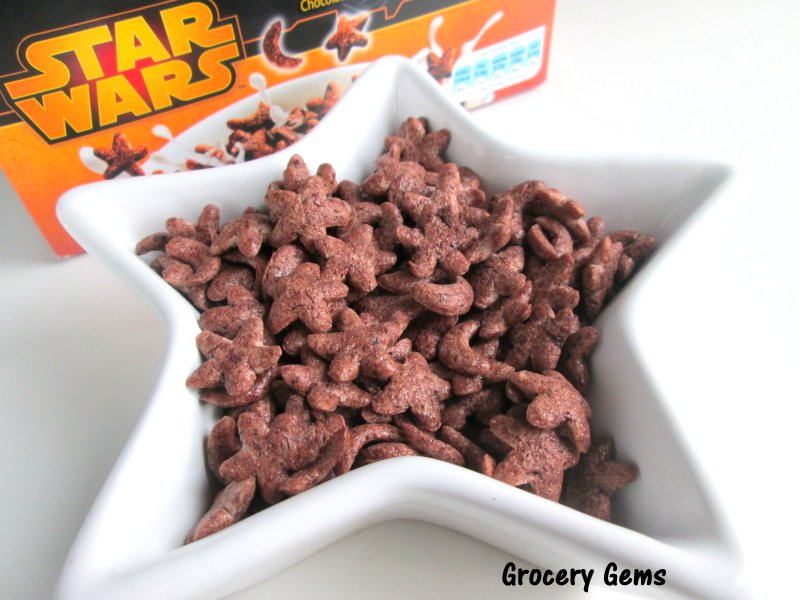 The new Kellogg's Star Wars Cereal (Tagline: A New Force at Breakfast!) is a chocolate flavoured wheat, wholewheat and rice cereal shaped into stars and moons. The cereal itself has a good crunchy texture that keeps it's shape well in the milk - basically it doesn't go soggy too quickly. The flavour is sweet and chocolatey with a strong wheaty background taste. My kids both found this cereal tasty enough but they did comment that it tastes the same as Kellogg's Coco Pops Mini Crocs. I think they were expecting the flavour to be a bit more exciting but they both liked the stars and moons shapes.

And don't worry, I don't use a star shaped bowl to serve cereal, I just thought it was fitting for the theme. I'm sure that any real Star Wars fan will have a full set of authentic 1970s Star Wars cereal bowls plus matching spoons lurking in the back of their cupboards to use with this cereal. 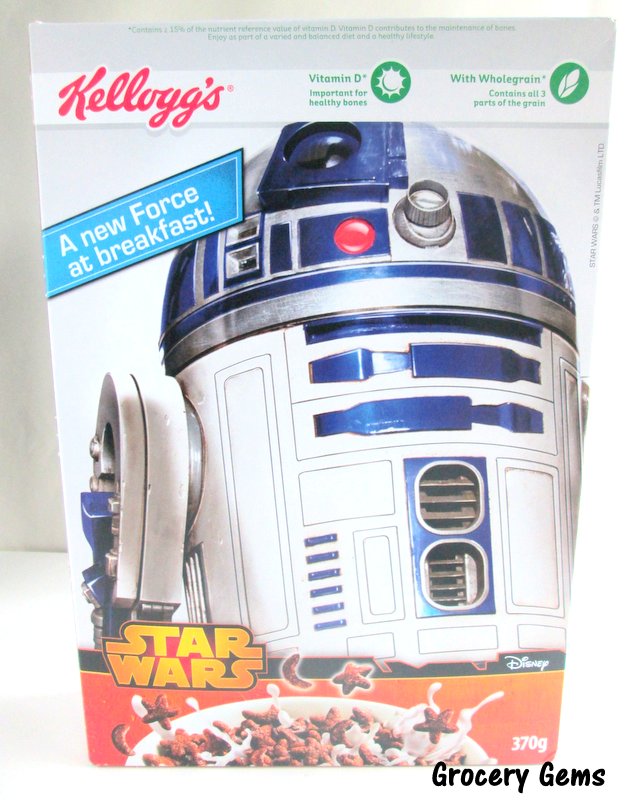 The packaging is the real winner with this product. There isn't really a back or front to the box, both sides look equally as good. I really like the retro feel of these images, especially compared to some of the dire products from the most recent films. I expect this to be the start of many more Star Wars themed grocery product this year... watch this space.