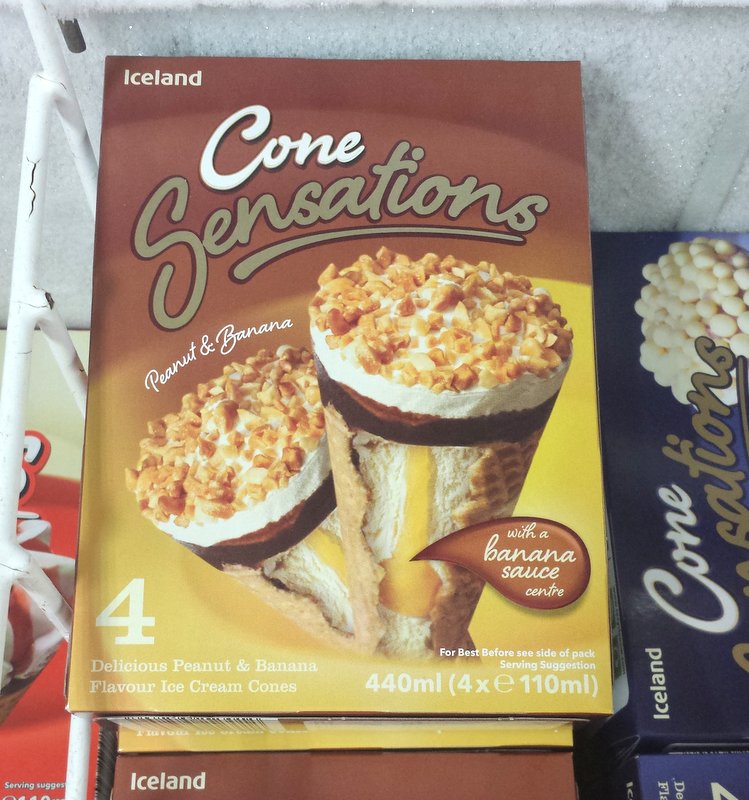 A few more new items that I spotted in Iceland recently.

Iceland Cone Sensations Peanut & Banana (above): Another interesting flavour from Iceland, especially for an ice cream cone. This one has a peanut flavoured ice cream with a banana sauce in the middle. Only £1.00p for 4 cones. 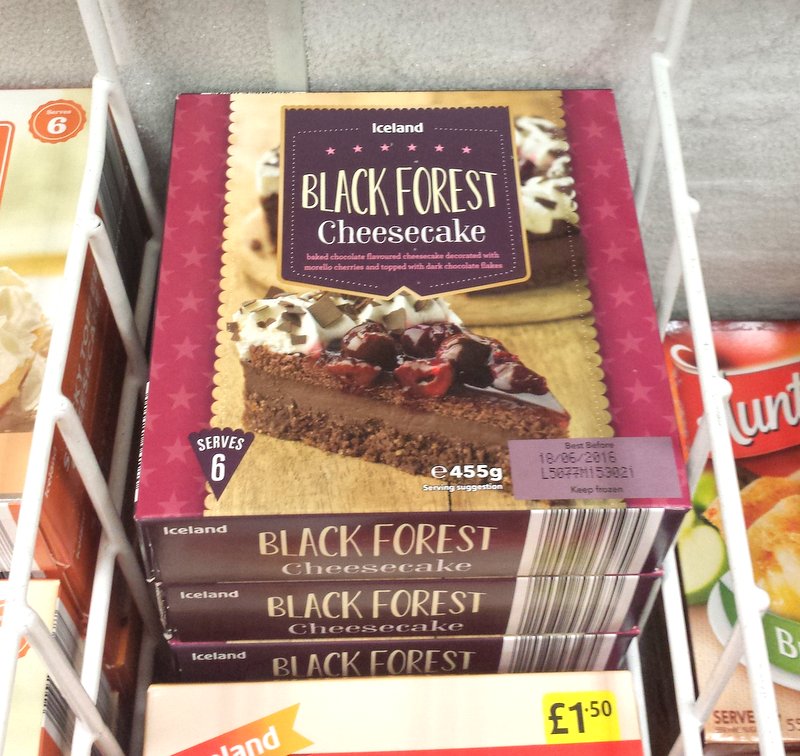 Iceland Black Forest Cheesecake: This is a combination of chocolate cheesecake, decorated with cream, morello cherries and topped with dark chocolate flakes. I think Iceland had a similar cheesecake previously but that one contained brandy. £1.50p each. 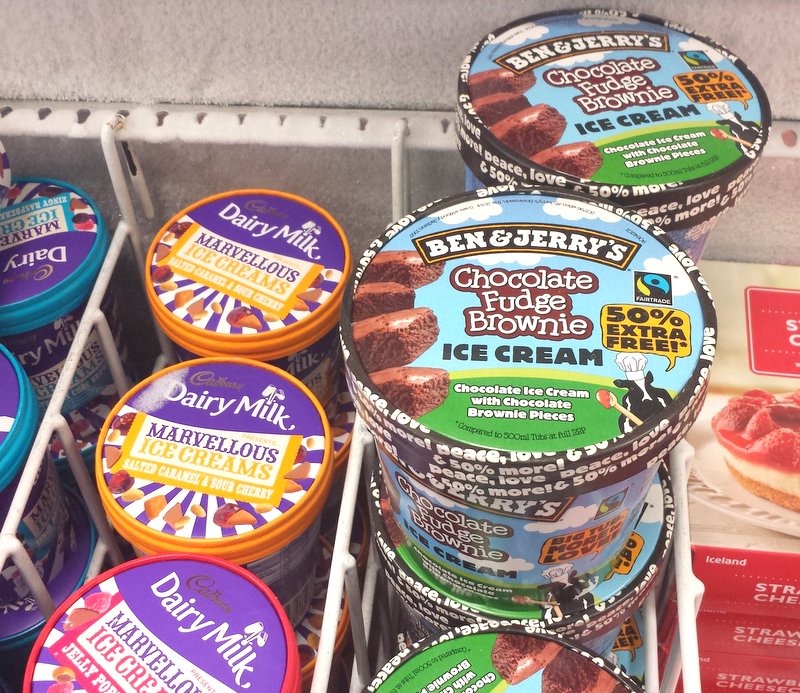 Massive Ben & Jerry's tubs: This is not a new product but I don't recall ever seeing Ben & Jerry's ice cream in such big tubs before! Iceland has 750ml tubs, instead of the usual 500ml tubs (like the Dairy Milk tubs in the photo above), in the Ben & Jerry's Chocolate Fudge Brownie and Cookie Dough varieties. £4.00p each. 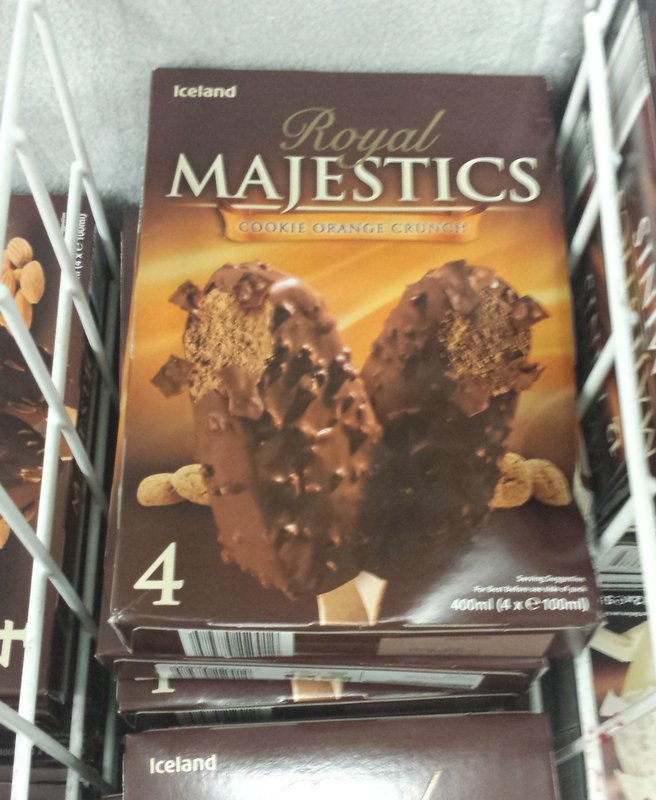 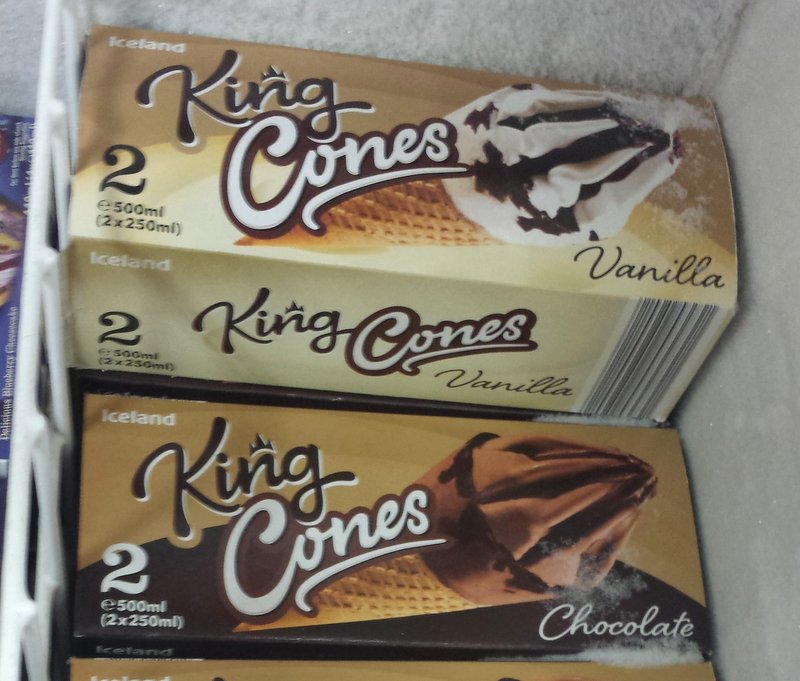 Iceland King Cones: These monsters are more than DOUBLE the size of a regular ice cream cone. They're certainly going against the trend of mini versions of ice creams. Available in Vanilla or Chocolate. £2.00p - pack of 2. 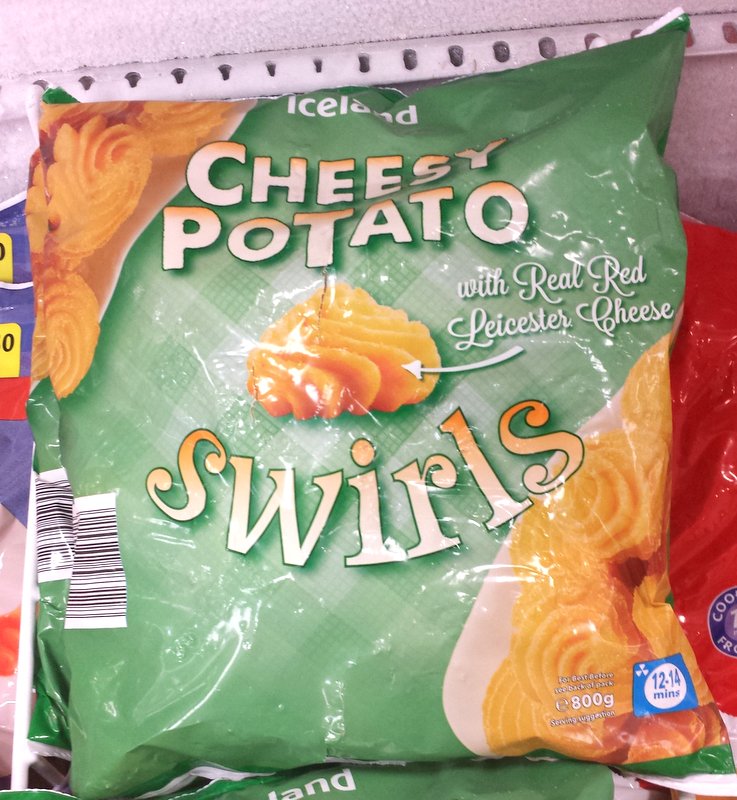 Iceland Cheesy Potato Swirls: I didn't really look at these too closely but they're frozen swirls of mashed potato with added cheese (Red Leicester). £1.00 each pack. 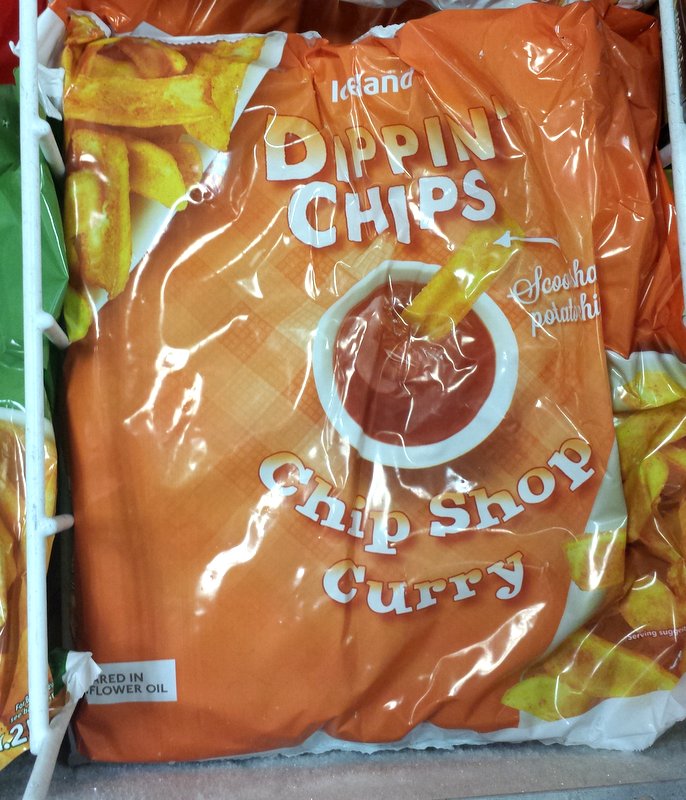 Iceland Dipping Chips: These are described on the front as "scoop shaped chips". From what I could see, they look like wider chips with a deep groove down the middle. Available in Chip Shop Curry and Garlic & Rosemary varieties. £1.00p each pack .

Let me know if you've spotted any other new products at Iceland or if you've tried any of the products above!