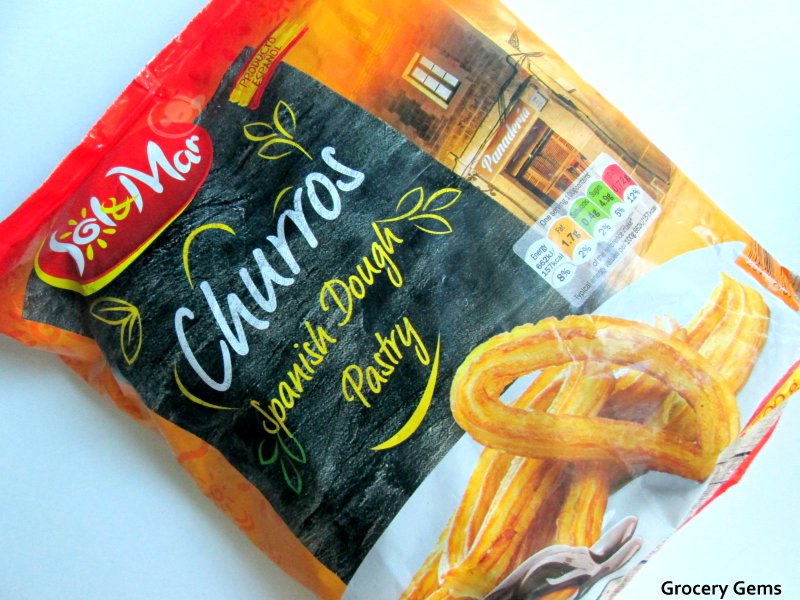 I bought these frozen Lidl Sol & Mar Churros quite a while ago and they've been sitting in the freezer ever since. Even though they look awesome, they do need to be deep or shallow fried, which is not something I do very often. However, I finally decided to give them a go during the Easter weekend. 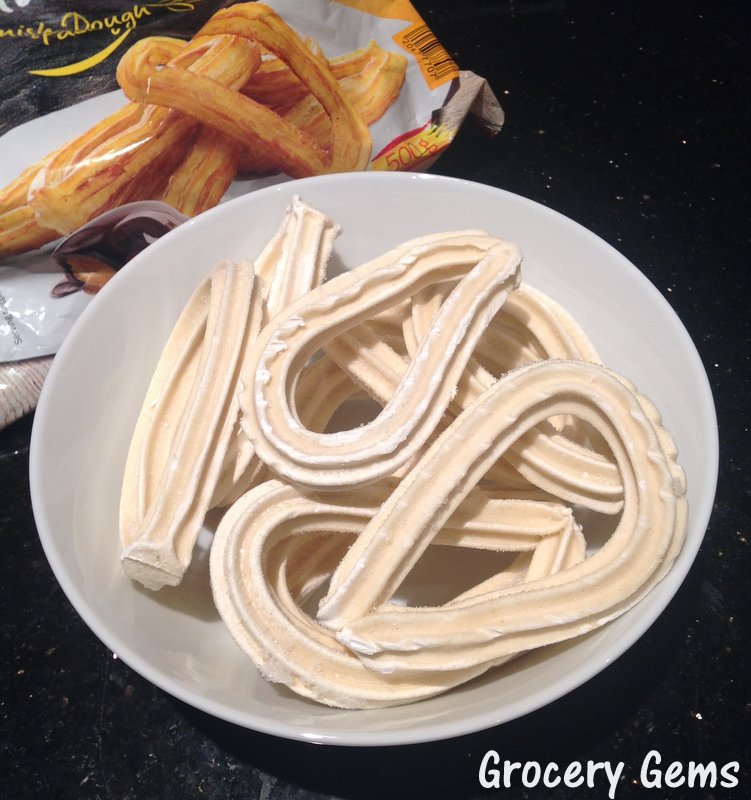 The frozen churros look a little strange when taken straight out of the packet. Each one is a good size but they are quite thin. 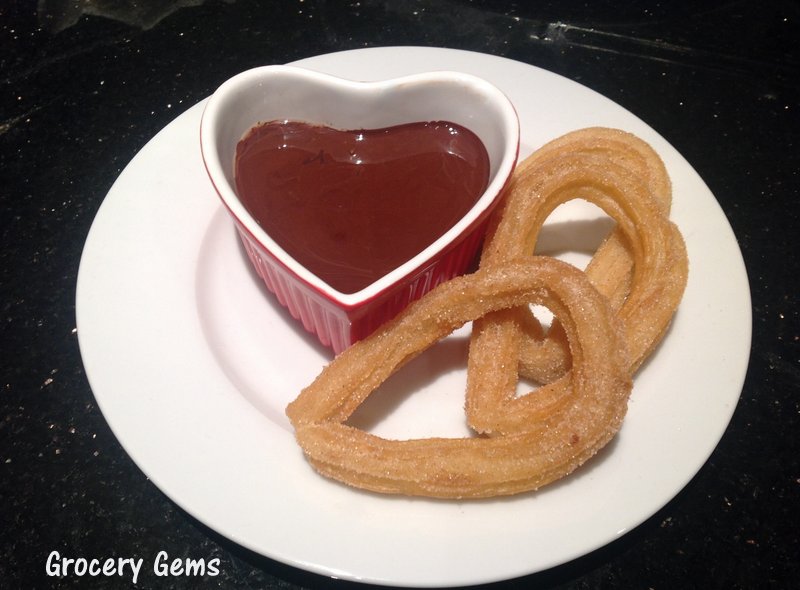 Once fried the churros look very appetising. We covered them with cinnamon sugar and also served a melted dark 70% chocolate as a dipping sauce. What can I say - they were delicious! A few of them ended up a bit hard and too crispy (because they are so thin) rather than having a soft dough inside, but the majority were fine and very indulgent!

Email ThisBlogThis!Share to TwitterShare to FacebookShare to Pinterest
Labels: Lidl