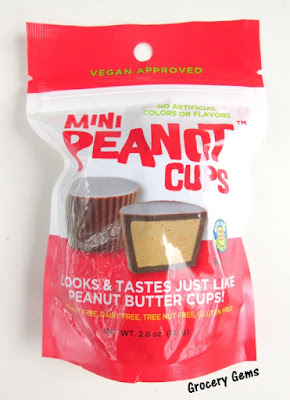 These Mini Peanot Cups are not only vegan and milk free but are also peanut free and made without any artificial colours or flavourings. These are obviously aimed at people with allergy concerns, and although the ingredients list is quite long, the first few ingredients are sugar, cocoa butter, and soy oil. 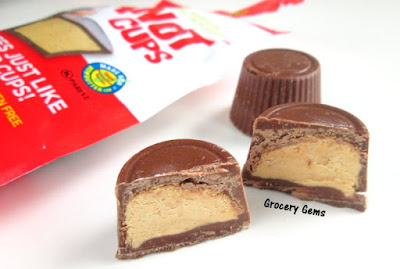 I don't know how they've managed it but these do have a peanutty flavour. Of course, it's not exactly the same as peanut butter, the texture is much drier and a little chalky. However, the overall balance of salty edge and sweetness does recreate a peanut type flavour. The outer chocolate has a good flavour too, with a nice cocoa hint that compliments the inner filling.

Overall, I don't think anyone who's tried a Reese's Peanut Butter Cup recently will think that the vegan Peanot cups taste the same at all, but as a free-from alternative it's certainly does a good job.