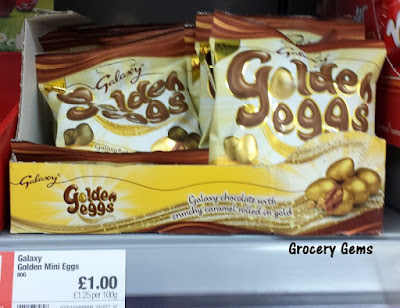 
Galaxy Golden Eggs: There are plenty of new Easter chocolate instores at the moment but the most exciting are the new and shiny Galaxy Golden Eggs. They're covered in a gold coloured dust and, from the pictures I've seen, they look really impressive. I'll have a review soon. £1.00p at Co-Op. 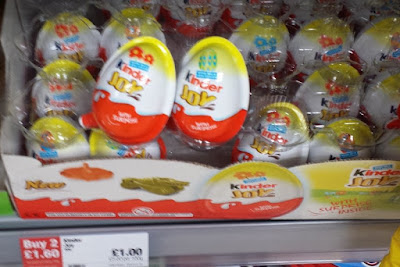 Kinder Joy (new UK release): These might look the same as Kinder Surprise eggs but they're actually quite different. I reviewed the German Kinder Joy version a couple of years ago after I was sent it in a Candy German subscription box. It's great to see them finally released in the UK! Check back later today for a review and photos. £1.00p at Co-Op. 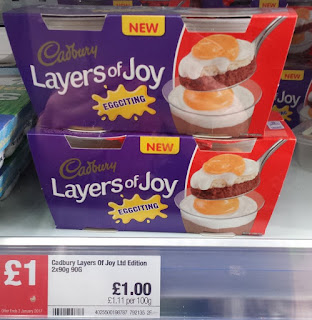 Cadbury Eggciting Layers of Joy Egg: I've been on the look out for these ever since I saw instagram photos from Amy Seeks New Treats. The fondant 'egg' on the top of the dessert just looks so realistic! It's certainly more impressive than the original Cadbury Creme Egg Pots of Joy (which surprisingly are also available this Easter). I might get these for the kids nearer to Easter. £1.00p at Co-Op (twinpack). 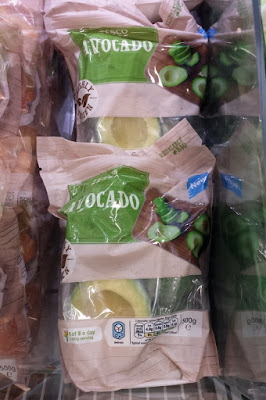 Tesco Frozen Avocado: On a healthier note, I noticed quite a few interesting new frozen products at Tesco this week. These frozen avocado halves would be useful for smoothies. There were about six in each pack from what I could see. £2.50p at Tesco. 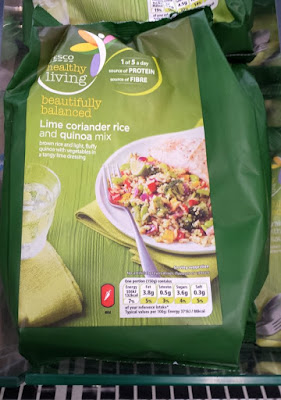 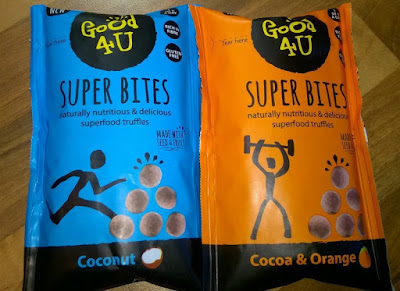 Good4U Super Bites: Lucy also spotted this new range of healthy treats at Asda in two flavours; Coconut or Cocoa & Orange. There is also a Banana & Cocoa flavour in this range too. Let me know if you've tried these! 2 for £1.50p at Asda.

Many thanks again to Lucy for the last two photos. As always if you've spotted any new products instore then I'd love to hear from you - email grocerygems@gmail.com or tweet me @grocerygems.