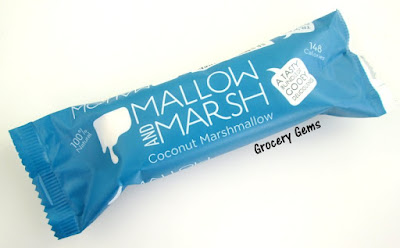 Last year I reviewed the Mallow And Marsh Raspberry Marshmallow, that I received in a Degustabox, and really enjoyed. I've been looking out for the coconut version for some time now and Mr. Grocery Gems finally found it in a Whole Foods store. 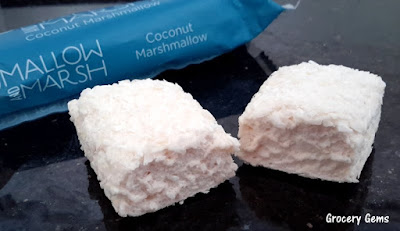 The texture is just as soft and squidgy as I was hoping with a deliciously sweet and strong coconut flavour. It's a really good combination but funnily enough I preferred the Raspberry Marshmallow overall. That one just had a sensational fruity flavour that I couldn't get enough of. Given the choice I would definitely go for the Raspberry flavour again, but I would still recommend the Mallow And Marsh Coconut Marshmallow to any coconut fans.