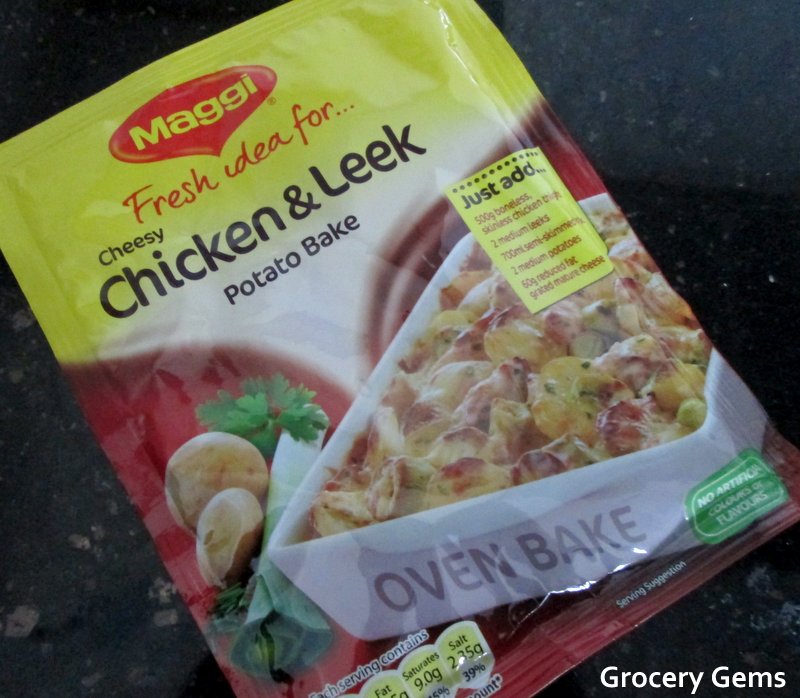 There were quite a few Maggi recipe mixes included in the July Degustabox (a surprise food subscription box - see my review HERE) and I decided to give the Cheesy Chicken & Leek Potato Bake a try yesterday. It's not a flavour that I would ever have thought of buying for my family but that actually made it look quite interesting and different compared to the other recipe mixes. 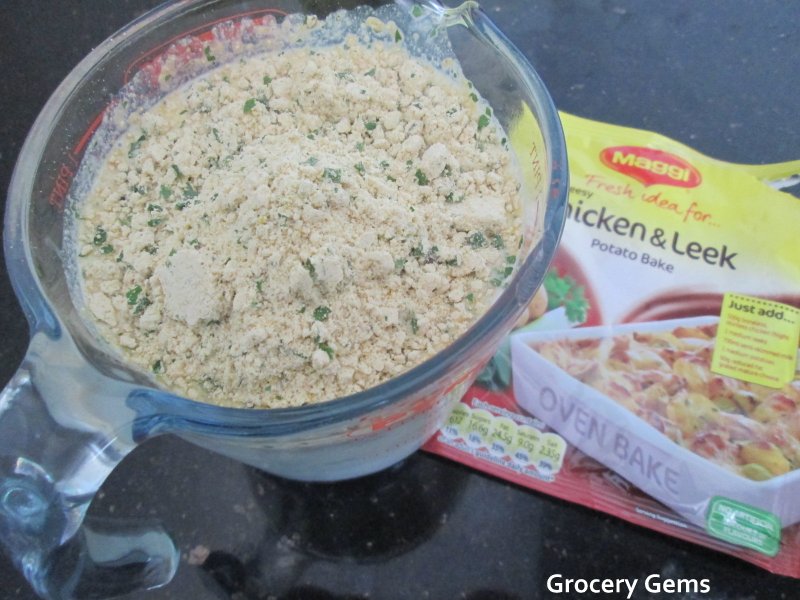 The recipe mix is very easy to follow and simply needs chicken thighs, leeks, potatoes, milk and cheese to complete the meal. I didn't actually have chicken thighs so I used chicken breasts cut into large chunks instead. I also added an extra breadcrumb topping to the bake to give it a bit more crunch! 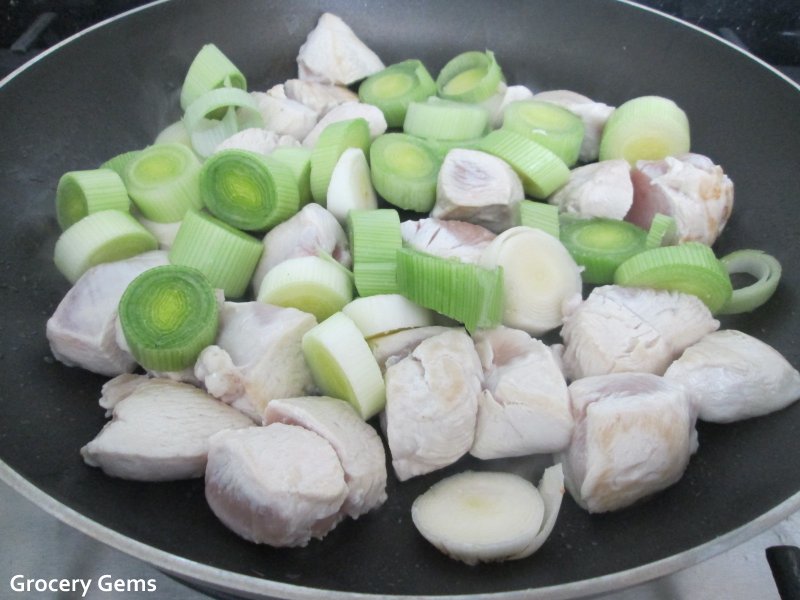 First step is to fry the chicken and leeks until browned. 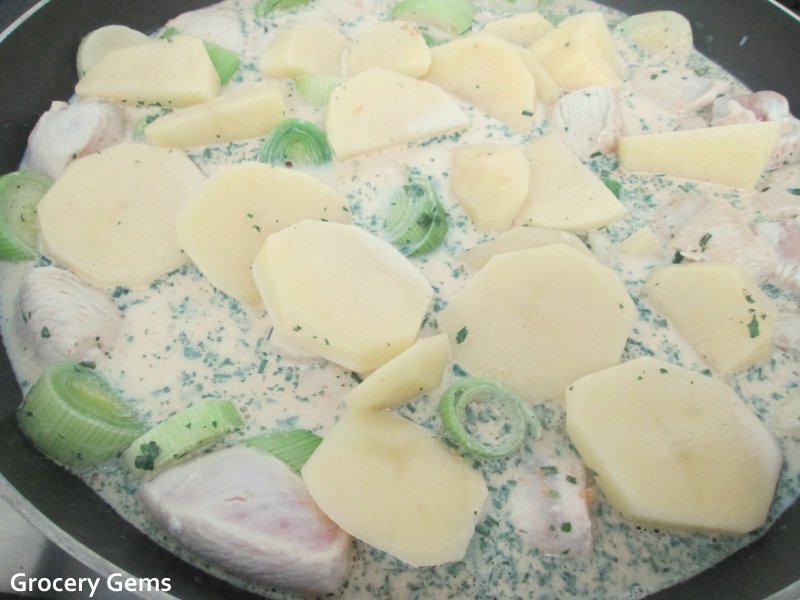 Next add the Maggi Chicken & Leek recipe mix (that has been first whisked into the milk) to the frying pan. Then add the sliced potatos and bring everything to the boil. Let it simmer for 5 minutes. 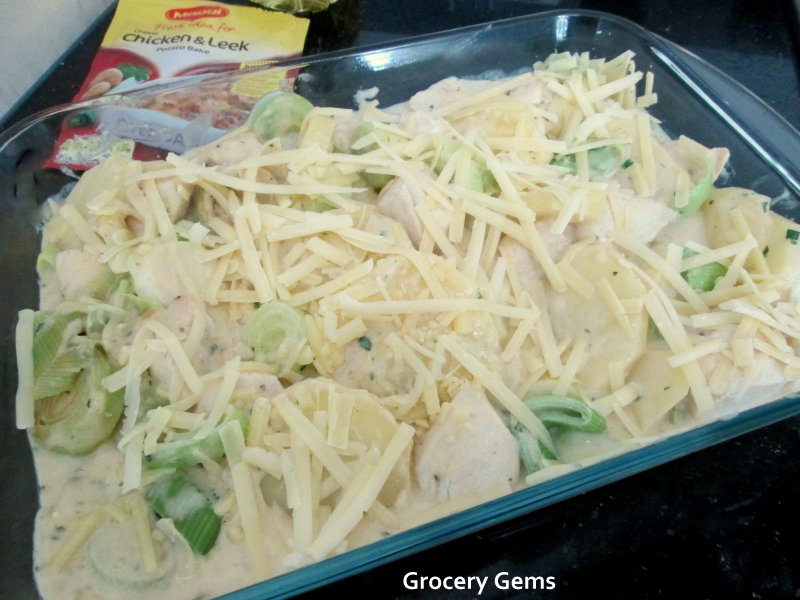 Transfer the whole lot into an oven proof dish and top with the cheese. I also decided to add some "breadcrumbs"to the top (after the photo was taken!) just to liven up the colours and textures a bit. My breadcrumbs are actually a few blended up Jacob's cream crackers - they gave a nice golden appearance to the bake and a little bit of extra crunch too. 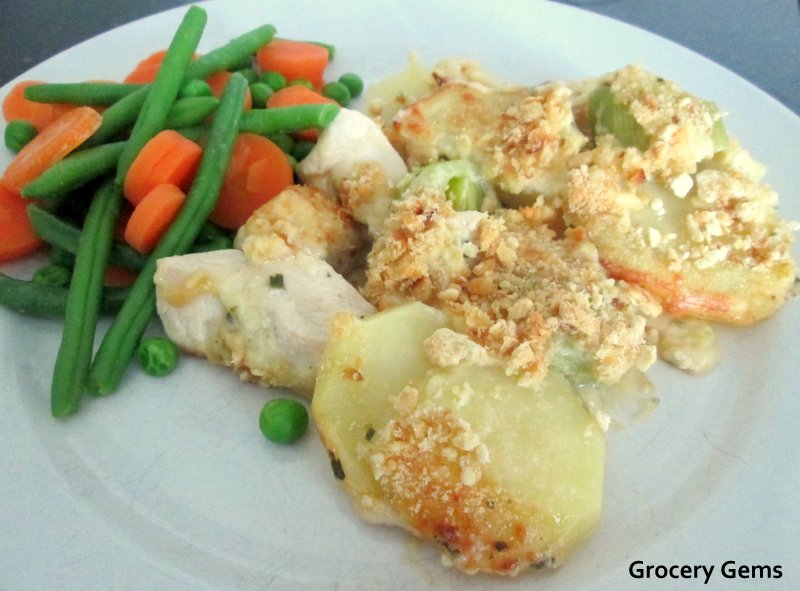 I have to admit that cheese or milk based sauces are not usually my thing at all, I always prefer to go for tomato based sauces. However, the flavours here were very tasty, and won me over completely. It's a simple combination of cheesy and herby flavours, without being overly salty, and everyone in the family enjoyed their meal. I'm looking forward to trying the rest of the Maggi recipes mixes that I received from Degustabox.