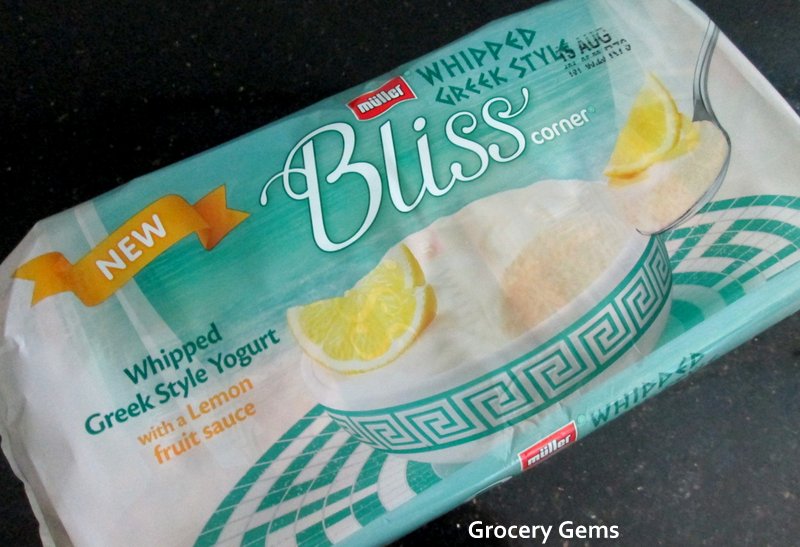 Thank you to @amywoodger who spotted this new Müller Bliss range and Tweeted me a photo. So far I've only been able to find it in Asda, where it's available on offer for £1.00 (pack of four yogurts). It's described as a whipped Greek style yogurt and there are three varieties available: Strawberry, Raspberry and Lemon. 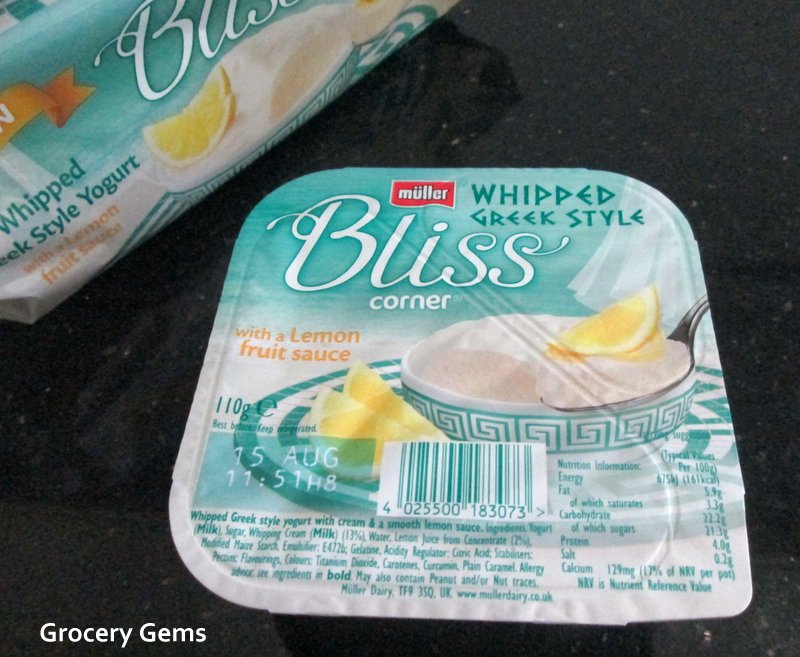 I love the gorgeous colour scheme used on the packaging, it's perfect for the Greek theme. 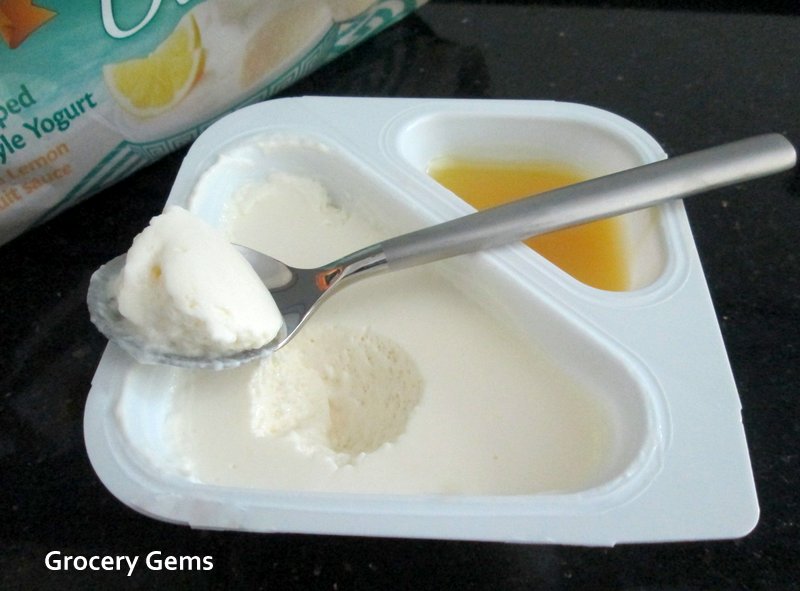 The yogurt section consists of a portion of a very fluffy aerated yogurt that is party made with whipping cream. The whipped texture gives it a very light and airy consistency, but even though it's much lighter, the rich creamy flavour still makes it quite filling. I could definitely taste the whipping cream within the yogurt, and it was much creamier than my usual yogurts. The lemon "fruit sauce" has a thicker texture and a sweet lemony flavour. Eating the two together was reminiscent of a lemon cheesecake, albeit a much softer and lighter version.