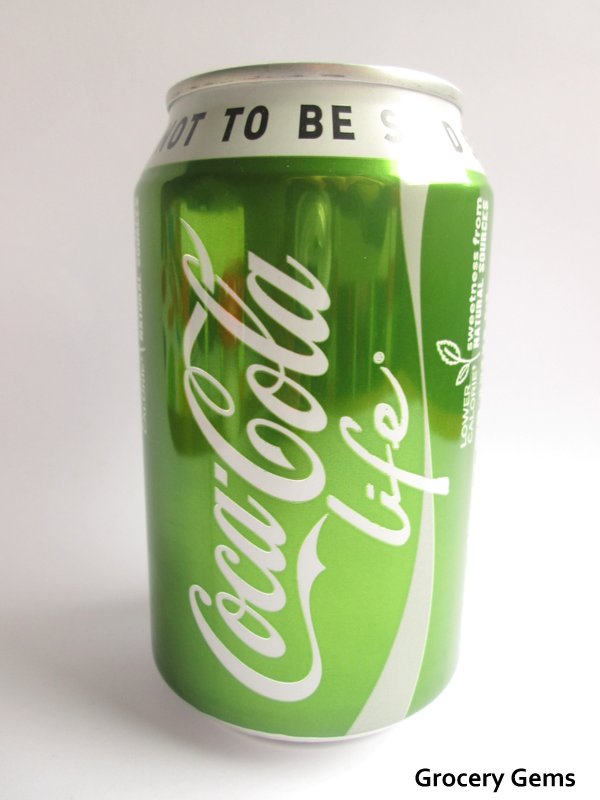 Coca-Cola Life is the first new core brand to be released by Coca-Cola since the launch of Coca-Cola Zero back in 2006. Obviously flavoured varieties, such as Coke Zero Cherry, are not counted in this statement as they are simply additions to existing brands of Coke rather than a whole new brand. Which leads to the question - what makes Coca-Cola Life any different to the core brands, original Coca-Cola, Diet Coke, and Coca-Cola Zero, that are already on offer? 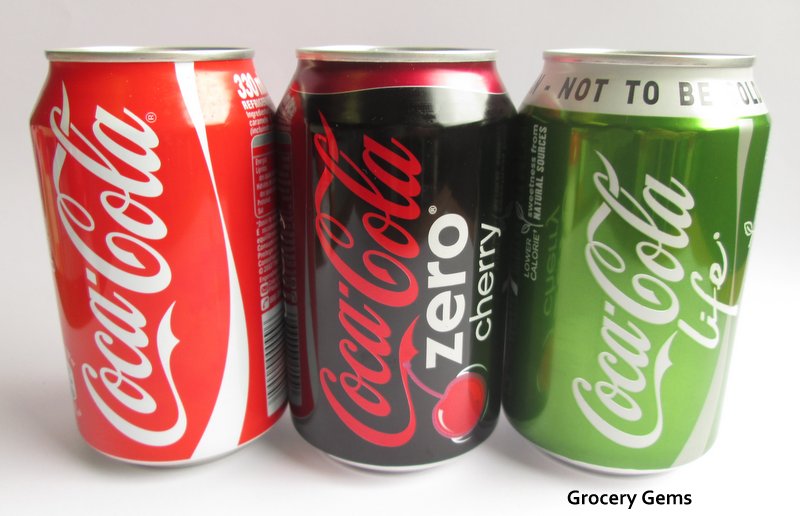 Well it all comes down to the types of sugar and sweetener involved. Although it still contains regular sugar, Coca-Cola Life is partly made using Stevia - a super sweet plant leaf extract that has no calories, hence the new leaf design on the can and green colouring. In the UK this green and "natural" theming seems slightly strange, because here, even regular Coca-Cola is made with a natural type of sugar - cane sugar. It's a different story however in the US where their Coke is made with high-fructose corn syrup and I can imagine Coca-Cola Life's natural attributes would make it much more appealing over there.

For consumers of Coca-Cola Life the inclusion of Stevia extract equates to roughly a third less sugar and calories per can. A 330ml can has 89 calories and 22g of sugar, compared to full fat Coca-Cola which has 35g of sugar and 139 calories. Of course Diet Coke and Coca-Cola Zero have virtually no calorie content at all so I don't really see Coca-Cola Life appealing to devoted diet soda drinkers. It seems to be a more tempting prospect to regular drinkers of full fat Coca-Cola, since it promises the same taste to go with the fewer calories. It will probably also appeal to people who are worried about the artificial sweeteners in Diet Coke, such as aspartame. 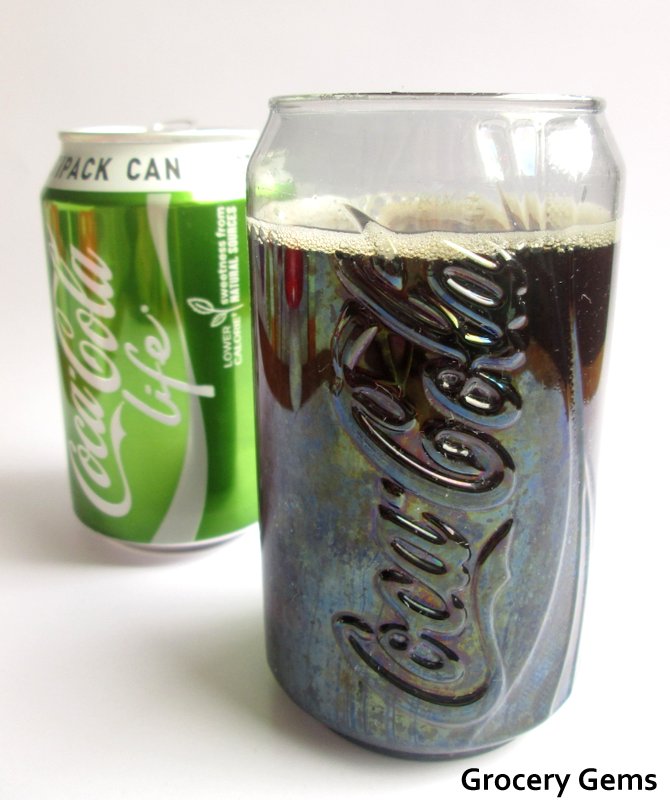 When it comes to my own personal preferences, I usually go for diet drinks whenever I have the choice (I only really drink Coke when I'm out and about), and like most people who opt for the diet options, I now find the full sugared versions far too sugary and sweet. Having said that, I don't actually like the strong artificial aftertaste that comes with Diet Coke, so I was still keen to review the new Coca-Cola Life. The initial taste is quite different to original Coke and I think any regular drinker of Coca-Cola would be able to tell the difference. For a start, it's nowhere near as sugary or cloying, it didn't give me that sugary-tooth-coating sensation that I usually get from real Coke). The flavour is also not as complex as real Coke, which I find has very subtle hints of cinnamon and spices. Instead Coke Life is a much lighter and refreshing drink but happily without any hint of an artificial sweetener aftertaste. This for me makes it a very enjoyable drink and I can imagine choosing Coke Life if I felt like an energy/sugar boost but didn't want the sugary overload of regular Coke. Even more keen is Mr. Grocery Gems (who would normally go for full-fat Coke anyway); for him, Coke Life makes a pleasant replacement to the original version - it still has a great taste, has the bonus of lower calories, but has none of the artificial sweeteners that he hates about Diet Coke.

It will be interesting to see if Coca-Cola Life takes off in the UK, I wonder how many people will switch to it from regular Coke? The difference in flavour would take a little getting used to but it's not as big a change as switching to Diet Coke. Perhaps if the brand does well enough they could expand the range to include flavoured versions along the same "natural" theme.

Have you tried Coca-Cola Life? I'd love to hear your views and opinions on it in the comments below. Thank you!