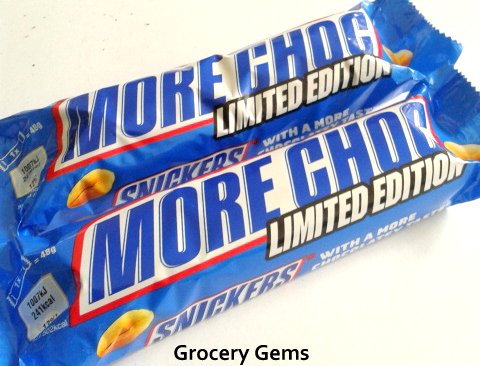 Early last year Snickers released two Limited Edition chocolate bars; the More Caramel and More Nuts bars - see my previous review HERE. As those names suggest, they were Snickers with either more caramel or more nuts included in the bar. They were obviously popular as they have been released again this year, only this time they're joined by a new addition; the More Choc. Since a Snickers bar is only made up of caramel, nuts, chocolate and nougat, I fully expect that next year there will a More Nougat edition to join in the range - it makes sense! 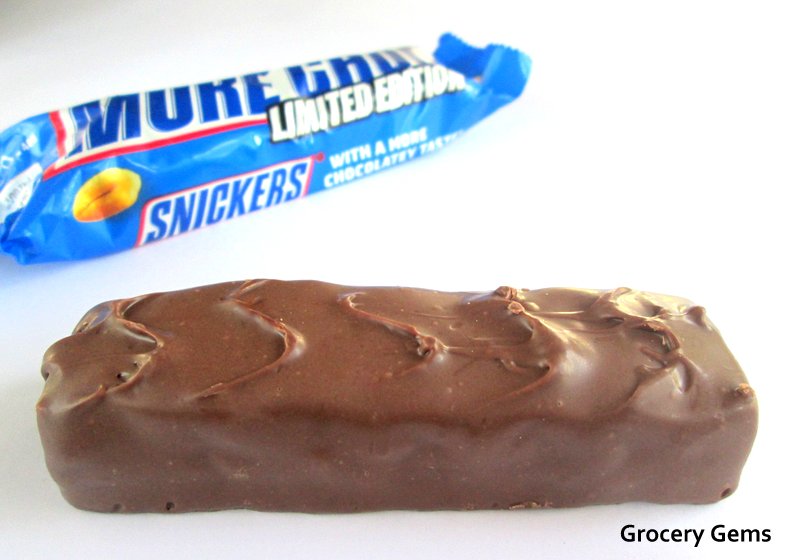 According to Choc Mission, who keeps an awesome record of these things, the new Snickers Limited Editions are smaller than the ones released last year. This Snickers More Choc for example is 48g compared to 54g for the More Caramel last year. To be honest without having read Choc Mission's review I doubt I would have noticed, it looks pretty much the same to me, although I'm not a regular eater of Snickers (last time was for the More Caramel and More Nuts reviews in Jan 2013). It makes me wonder though just how small they can go with the Snickers' size before it starts to look like a snack bar? 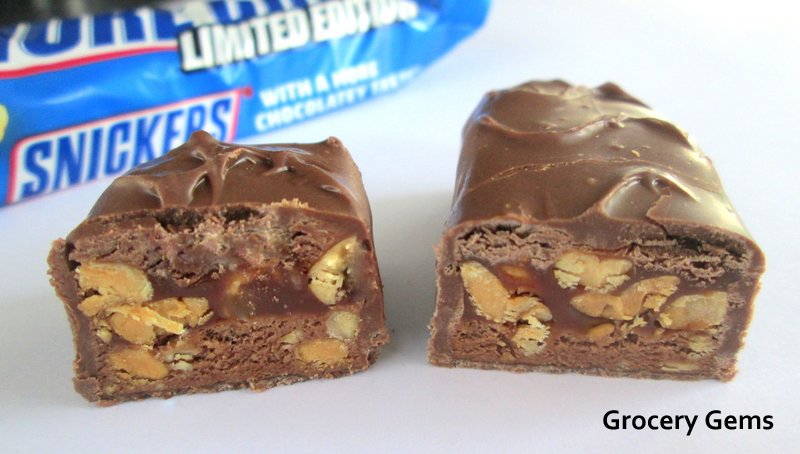 The new bar contains 'more chocolate' in the form of a new chocolate flavoured layer. It's not the most innovative idea ever to grace the world of chocolate but I was eager to give it a try nonetheless. For some reason I had assumed that MORE Choc also meant that the outer layer of chocolate would be super thick, so I was a bit disappointed to see a regular amount of coating. In terms of overall flavour this is pretty similar to a regular Snickers, but for me, the layer of chocolate nougat makes this More Choc even sweeter than the classic bar. The original Snickiers nougat is of course very sweet itself, but it also has a malty flavour and slightly salty edge that balances out the sweetness of the chocolate. Having more chocolate makes the More Choc bar a little sweeter, and also a bit blander, in comparison.


Mr. Grocery Gems, who is more of a Snickers fan than me, said: "It tastes exactly the same as a regular Snickers bar but in a blue wrapper". He's so insightful.