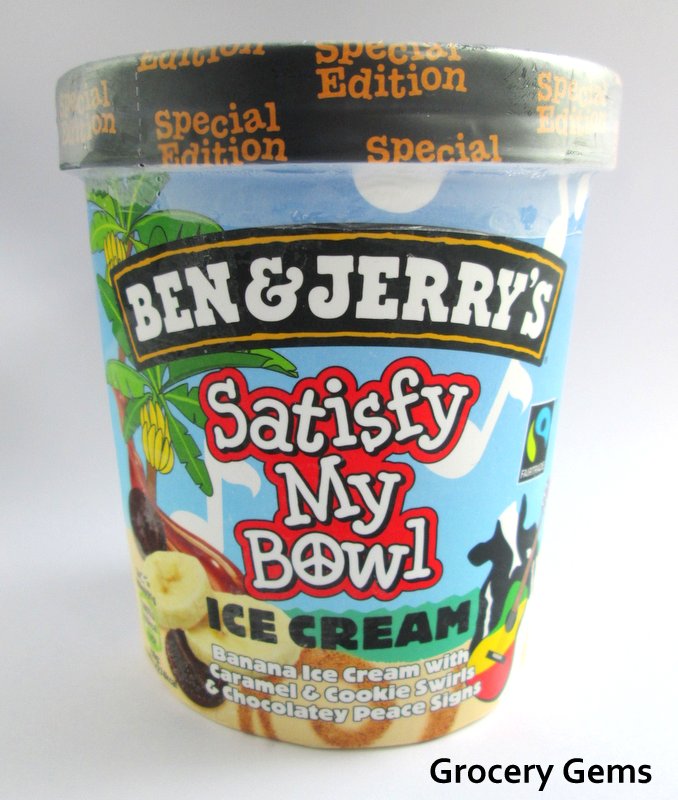 I've often complained about the lack of decent banana flavoured ice creams, so I was delighted when I heard about the new Ben & Jerry's Satisfy My Bowl. This Special Edition (is that the same as a Limited Edition?) ice cream is being released as a tribute to Bob Marley, and features a banana ice cream with caramel and cookie swirls and chocolate peace signs. I found these on half price offer at Tesco. 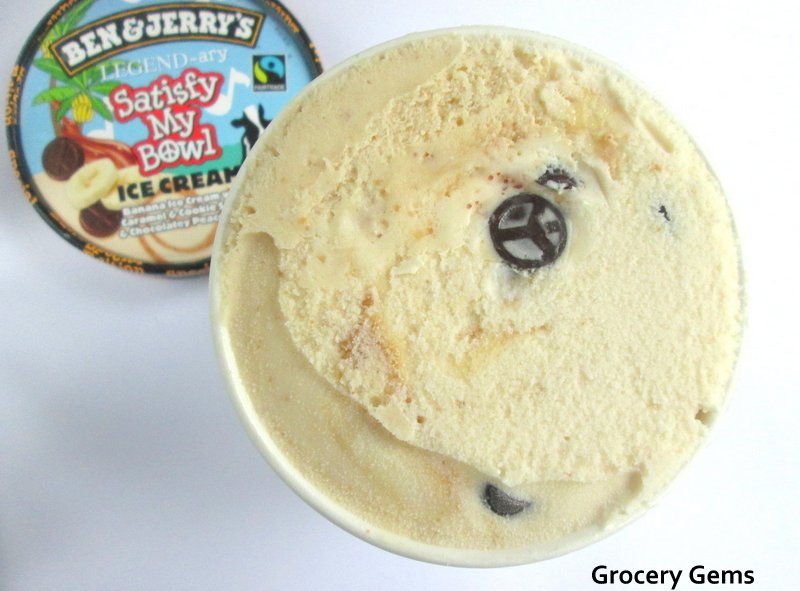 Awesomely, I was greeted with the sight of a chocolate peace sign right on top of the ice cream. 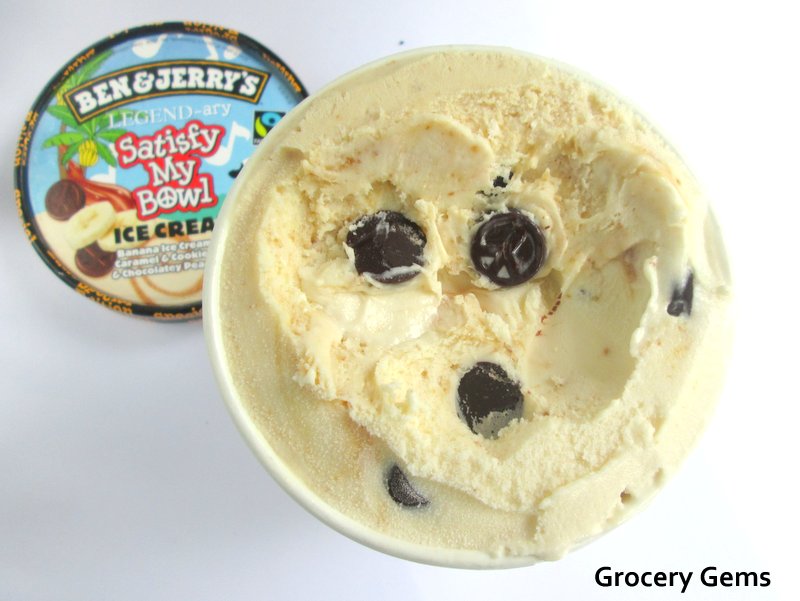 The banana ice cream itself is just as good as I hoped, with a sweet and strong banana flavour. It's quite natural tasting but still robust enough to compete with the other flavours. Throughout the banana ice cream there are light swirls of caramel sauce that has cookie pieces within it. I really enjoyed the flavour of this caramel, but I wished there was a bit more of it within the ice cream. Caramel and banana are two flavours that are perfect with each other and I enjoyed this ice cream the most when those two flavours came together. In contrast, there are plenty of the dark chocolate peace sign shapes, I only had to dig a few spoonfuls down to get the photo above. I'm not sure if they were entirely necessary in this ice cream in terms of flavour, but they probably fit the theme that Ben & Jerry's are going for here. I have to admit I would have preferred more caramel and less of the dark chocolate, but that's probably just me!

I'm really pleased that I finally got to try a banana flavoured Ben & Jerry's ice cream, and even though it's extremely tasty, it doesn't replace my favourite from their range (the Blondie Brownie Core).