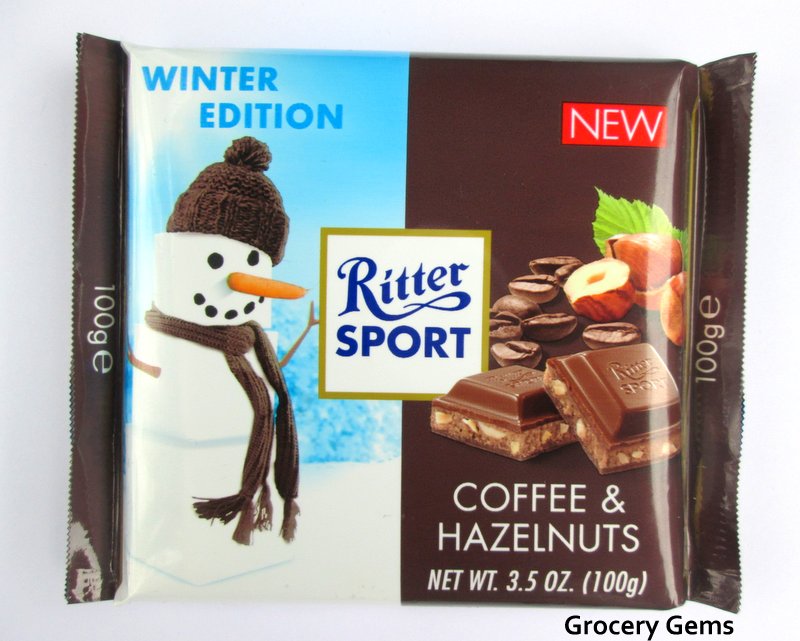 Ritter Sport is a brand that I've enjoyed discovering since starting this blog. I love how they bring out regular seasonal editions and constantly update their flavour selections. Last year there were three Winter Editions released; Caramel Orange, Coconut Macaroon and Caramelised Almonds (see my reviews HERE and HERE. I haven't yet seen any news about the Ritter Sport Winter Editions this year, so I was quite surprised when my brother found this new Coffee & Hazelnuts Winter Edition. I don't think Ritter Sport have released this flavour before but if anyone has any information please feel free to leave a comment below.

EDIT: Thanks to the very quick commentator below who helped me out with the other 2014 Winter Editions! They are; Gebrannte Mandel (the same as last year's Caramelised Almonds) and Vanillekipferl (roughly translated as Vanilla Crescent Cookies) which was previously released as a Winter Edition in 2011. Listed at the bottom of the Ritter Sport shop page HERE. 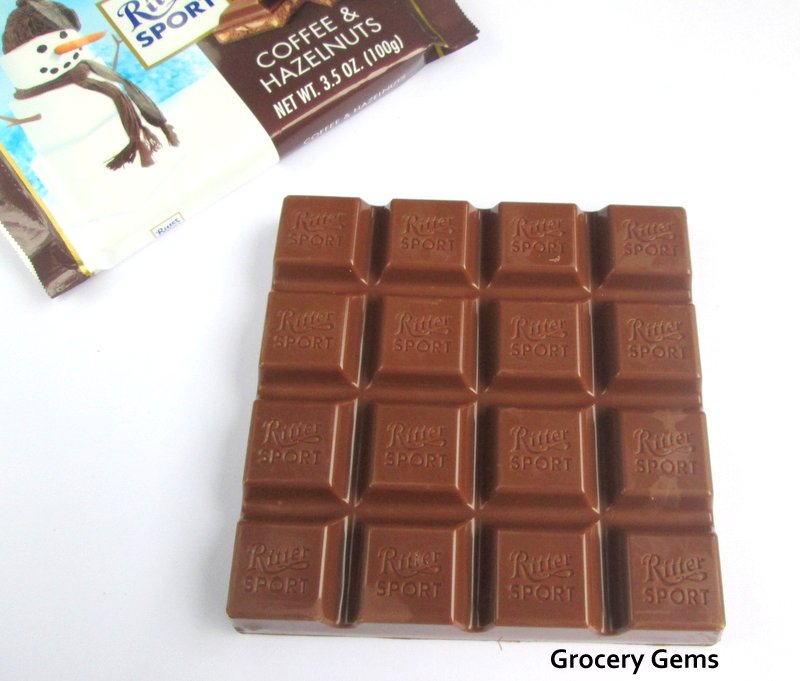 The Ritter Sport Coffee & Hazelnuts is described as "milk chocolate with a cool, melt in the mouth, coffee cream filling (45%) and chopped hazelnuts (3%). I'm not usually the biggest fan of coffee flavoured chocolates but the combination of coffee and hazelnuts was enough to convince me to give it a try. 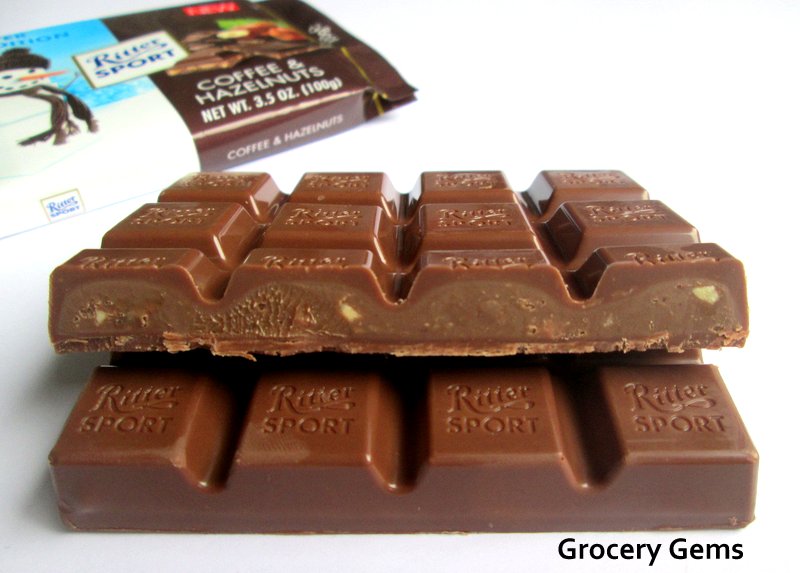 The Ritter Sport milk chocolate here has a lovely smooth texture and flavour, although I did find that it was much sweeter than some of their previous bars I've tried. The coffee flavour starts to come through once the initial sweetness of the chocolate has abated but it's quite a mild and creamy coffee. It's more of a milky cappuccino than an espresso flavour but it suits the softer texture of the filling. The hazelnut pieces are very small but they do provide a nice crunch throughout the chocolate. Even though there is 'hazelnut paste' listed in the ingredients, I would have liked the hazelnut flavour itself to be stronger. I was expecting there to be a flavour akin to having a 'hazelnut flavoured coffee' but that was lacking. Instead the chocolate is merely coffee flavoured with some hazelnut pieces within it. Altogether, it's still an enjoyable chocolate, but it didn't quite reach my high expectations. I also found the overall experience a bit too sweet for me, with a throat-burningly-sweet sensation kicking in after just a few pieces. Ironically, I felt like I needed to make a strong cup of coffee in order to enjoy it!