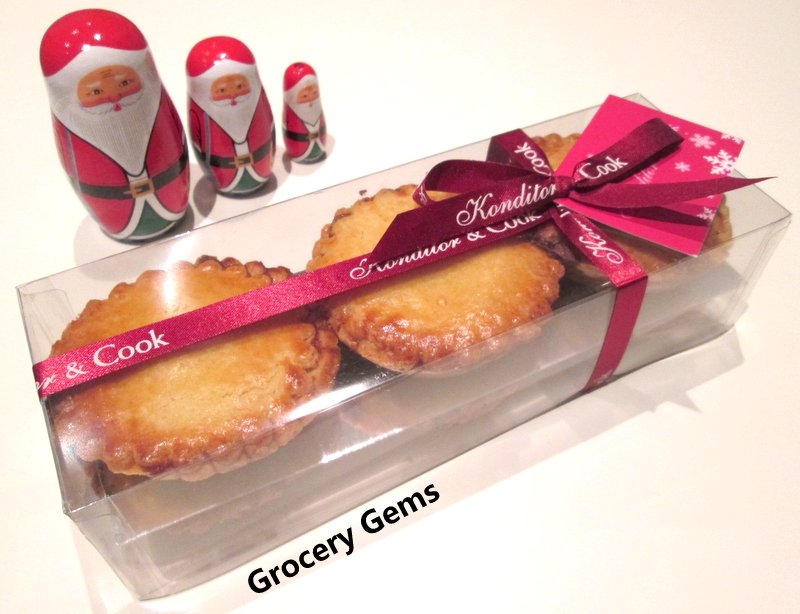 Konditor & Cook is a London based bakery/cake shop (with six locations) that specialises in hand made cakes and freshly made savouries. I don't tend to buy mince pies very often, at least not before Christmas week itself, since it's only myself and my eldest son who will eat them. However, this year, we decided to treat ourselves to a box of the gorgeous mince pies from Konditor & Cook. 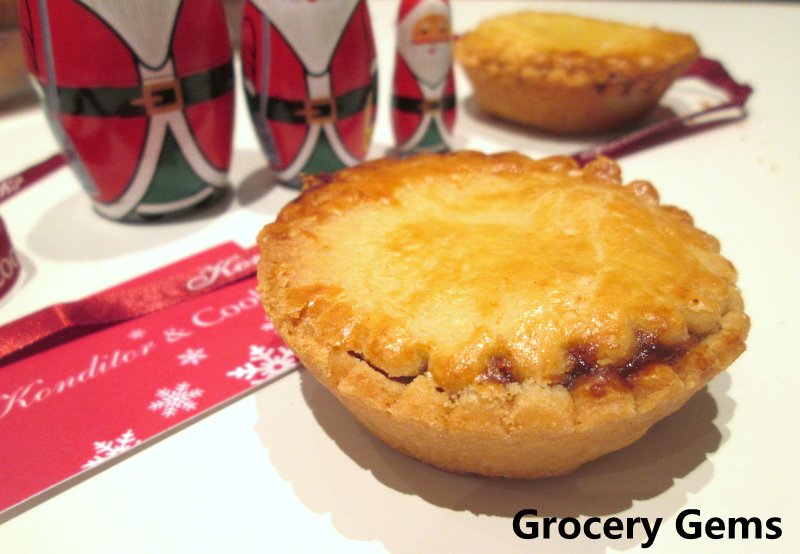 These mince pies are handmade and have been described by the The Telegraph as "Britain's best mince pies". They certainly have a homemade appearance with their slightly irregular shaping, but the egg glazed pastry looks extremely appetising nonetheless. 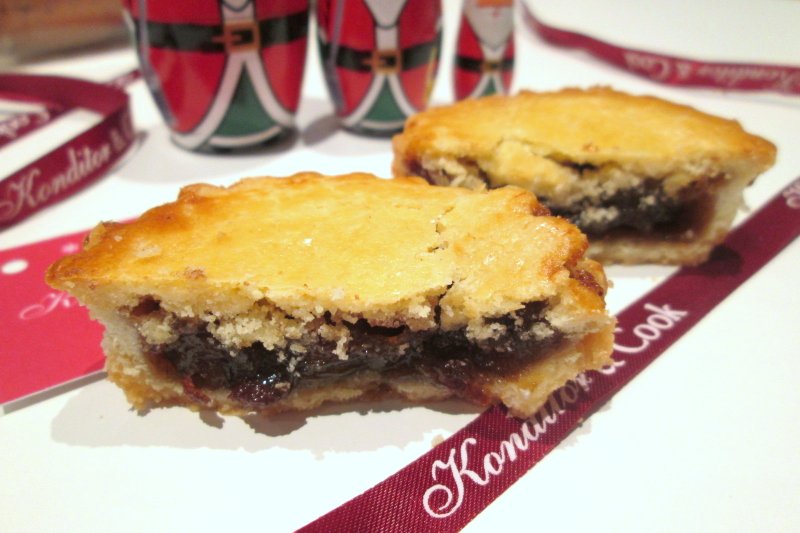 Each mince pie is quite thin, especially the layers of short, buttery pastry, but with a relatively generous portion of sweet mincemeat filling. I'm not usually a fan of "luxury" mince pies as that usually denotes extra ingredients such as brandy or peeled fruit, that I'm not keen on. However, that's not the case with the Konditor & Cook mince pies. The filling is sweet, with plump raisins and a delicately spiced flavour and is perfectly matched by the firm yet buttery pastry. These literally melt in the mouth and, unlike a lot of mince pies, they are not too sweet or too heavy. Even though these come with a VERY hefty price tag, they still count as the best mince pies I've tried - although I've never actually had a homemade mince pie!

I'd love to know what your favourite brand of mince pie is - let me know in the comments below!