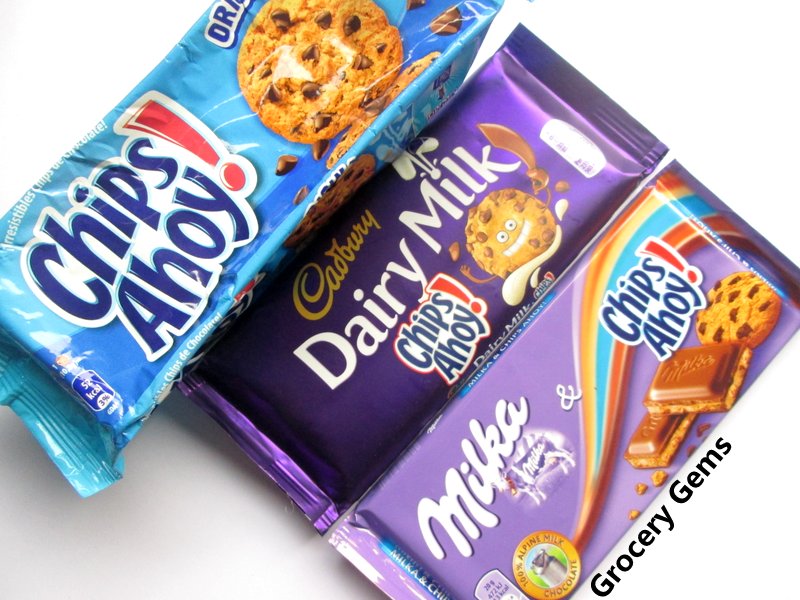 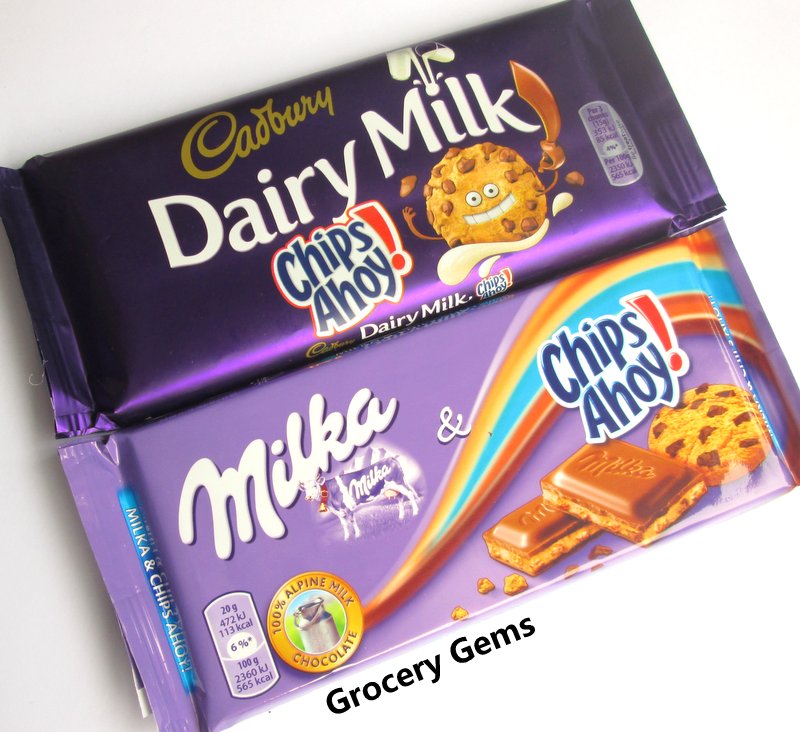 The packaging is quite different, Cadbury and Milka both manage to incorporate the Chips Ahoy! brand whilst still retaining thier own identity. The Cadbury Dairy Milk wrapper is more playful with it's fun little biscuit pirate character.


Side by side, the chocolate bars have very different appearances. Even though these are both 100g bars, the Cadbury's one looks bigger - it simply consists of more rows containing smaller pieces. The Milka bar is flatter and is made of much wider rows - it definitely seems smaller as a result.


The Cadbury bar has a deeper filling, with more of the creamy Chips Ahoy! layer compared to the flatter Milka with Chips Ahoy! bar. 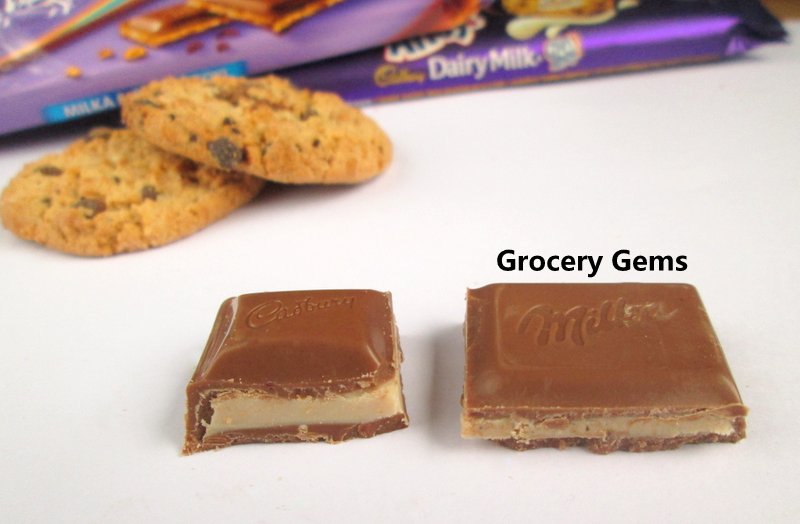 However, the individual Milka pieces are much bigger, even though the filling is flatter. This composition actually creates the main difference in flavour between the two bars. The Cadbury Chips Ahoy! is much sweeter, due the smaller pieces having relatively more of the sweet biscuity filling. The Milka with Chips Ahoy! has a more chocolately flavour, due to the almost equal filling-to-chocolate ratio. It also has a slightly richer and creamier flavour to the chocolate compared to the super sweet Dairy Milk chocolate. The filling is similar in both, but the Cadbury Chips Ahoy! seemed slightly crunchier with more of the cookie pieces. They're both delicious bars, and it was hard to choose a favourite, but overall I actually preferred the less sweet Milka bar. 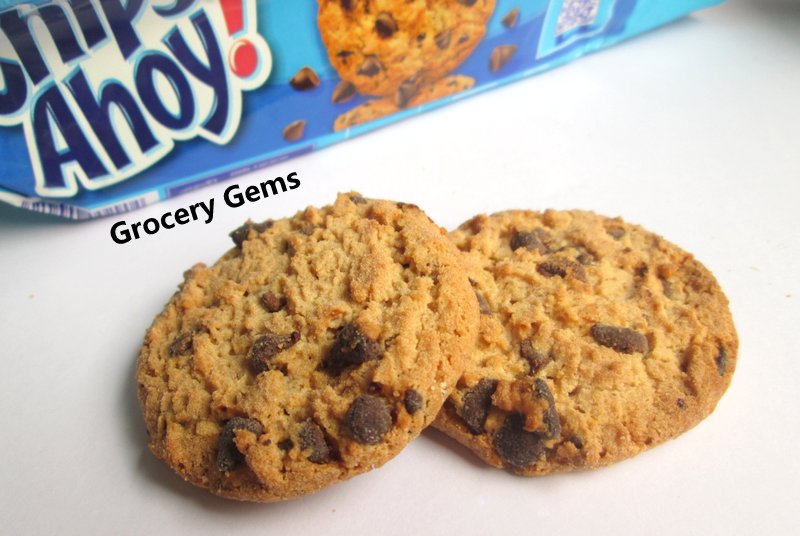 Just a quick note on Chips Ahoy! Cookies (I also bought a pack in Portugal which features in the photos above). Even though two varieties of Chips Ahoy! cookies are now available in the UK (see review HERE), they are both new flavours rather than the classic chocolate chip. It's a shame because these are classic chocolate chip cookies, with a great balance of buttery and sweet chocolate flavours, and a slightly salty edge - it would be great to have these released in the UK too.