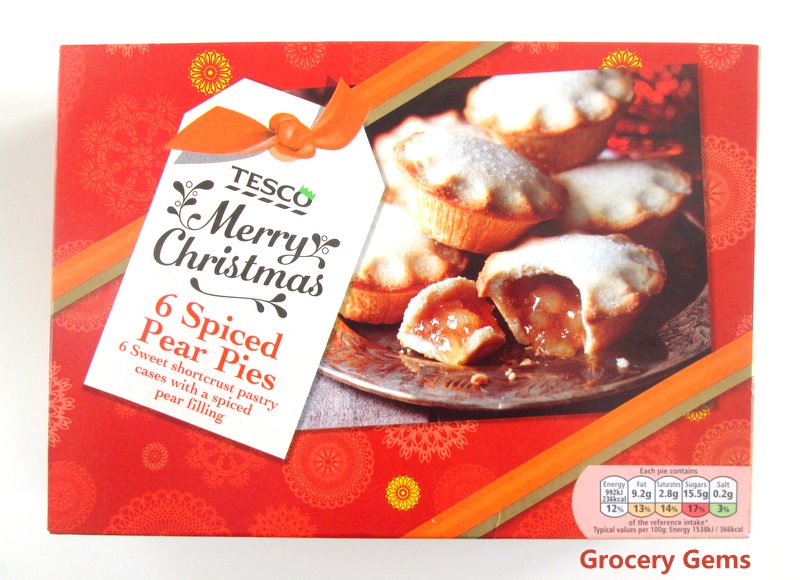 I've had my eye on these Spiced Pear Pies from Tesco for a few weeks now, they look like an interesting alternative for anyone who doesn't like traditional Mince Pies. I reviewed a similar product from Tesco last Christmas, these Apple & Cinnamon Pies. 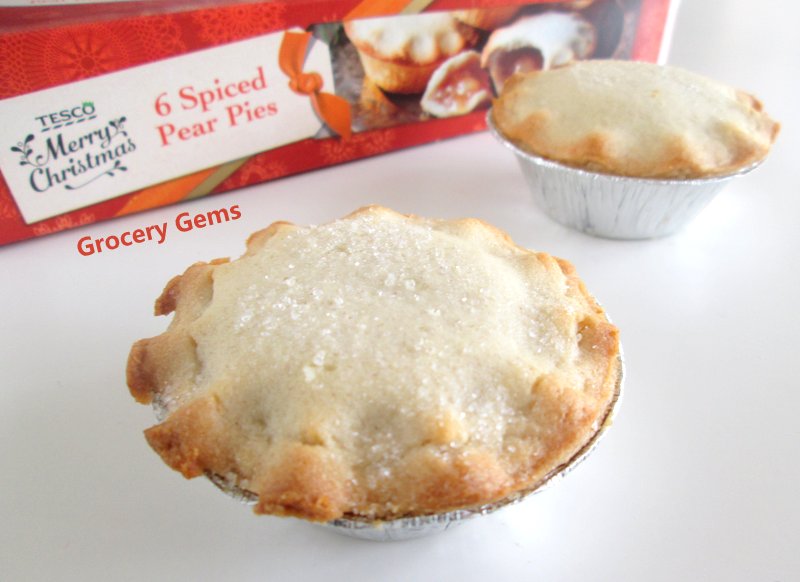 There are six pies in each pack with a fairly hefty 236 calories per serving. The spices listed in the ingredients on the back are simply "mixed spice" and flavouring. 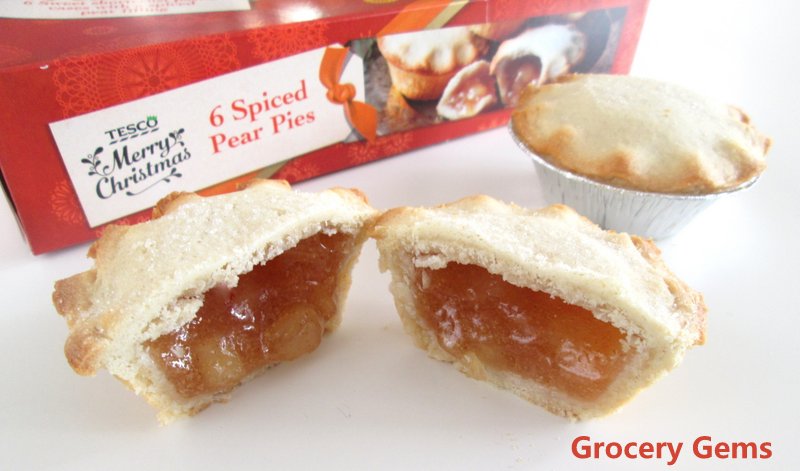 I'll get straight to the point with this review - I found these Spiced Pear Pies to be absolutely horrible to the point of being inedible. The pastry is fine, but the filling was unpleasantly sour. It's not just a tangy or tart filling, it was just a horrible sourness that even left a burning sensation in the throat. Also there is very little in the way of any pear flavour or spices at all. I literally had one or two bites and couldn't eat anymore. The next day I tried again but it was the same story. My husband also agreed so it's not just me. I have to question whether I actually purchased a dud pack of these, I simply can't imagine they passed any kind of quality control test! Also most of the Tesco Christmas range this year has been wonderful so I'm not sure what has happened with these Spiced Pear Pies. Sadly the rest of my pack had to be binned.

Do let me know in the comments below if you had a different experience with the Tesco Spiced Pear Pies!

And just so I don't leave on that sour note (couldn't resist!) here's a few sweeter products that were spotted instore by reader Lucy W. Thanks for the photos Lucy! 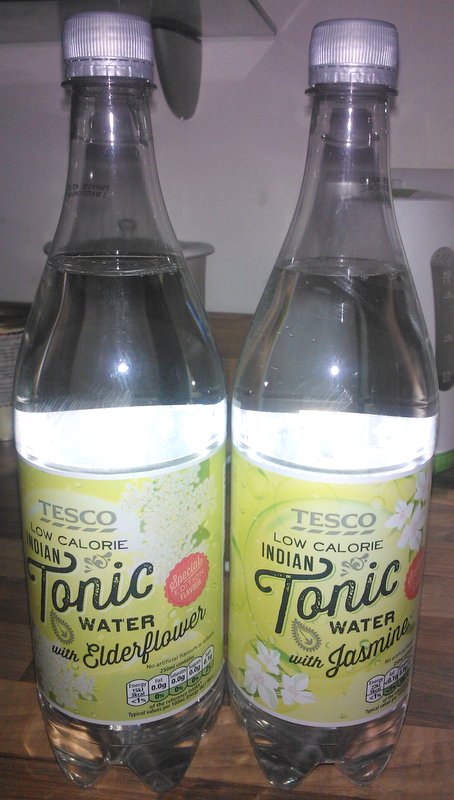 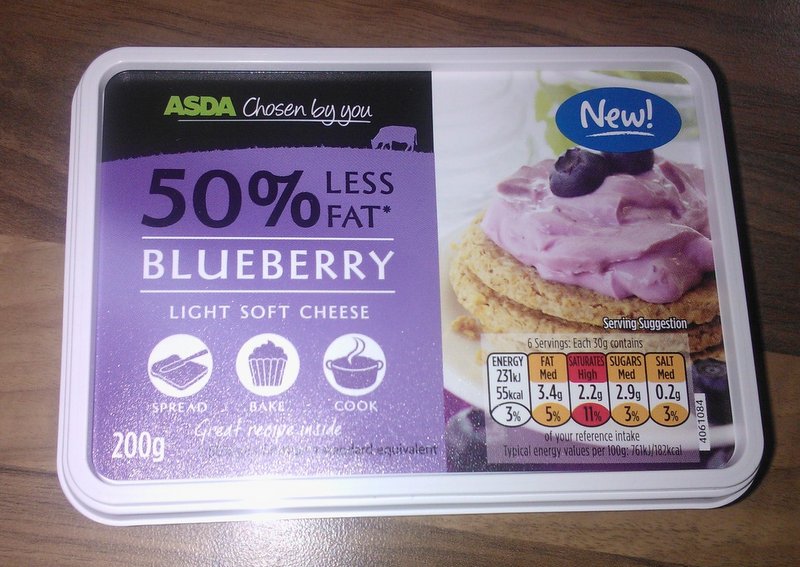 Asda Blueberry Light Soft Cheese: This is a medium fat soft cheese that is flavoured and sweetened with blueberries. I can't wait to try this for myself! £0.88p each at Asda.

If you spot any new products instore then I'd love to hear from you too - email grocerygems@gmail.com.