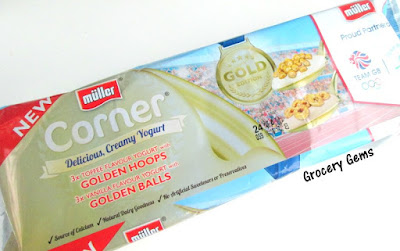 And so it begins! This is the first official Olympics related product I've seen in the supermarkets but no doubt this is just the calm before the storm. But funnily enough I'm looking forward to seeing what all the big brands are going to come up with for Rio 2016. It's interesting for me as I actually started this blog in the run up to the London 2012 Olympics, and many of those first reviews were Olympic themed products (which usually just meant the Union Jack featured somewhere!). It feels like this blog has come full circle and I'm now back where I started! 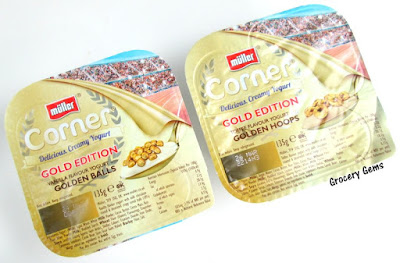 Anyway, I bought the Müller Corner Gold Edition as a multipack which comes with three Vanilla Yogurts with Golden Balls and three Toffee Yogurts with Golden Hoops. The packaging is very eye-catching and attractive with it's soft gold colour and a sports stadium design in the top corner. 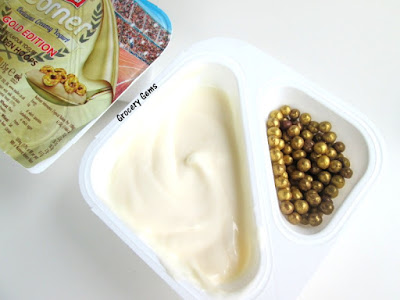 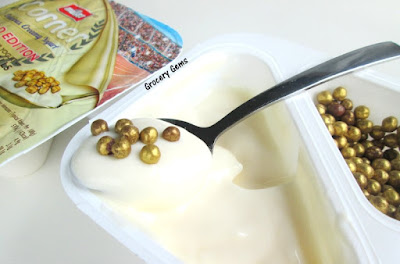 I'm not going to witter on about the taste of these yogurts as the vanilla and toffee yogurts already exist in the Müller Crunch Corner range. The golden hoops and golden balls are crispy cereal pieces, covered in milk chocolate and a golden colouring, and they really do look brilliant. The gold colouring is darker than the Galaxy Golden Eggs, which I reviewed a few weeks ago, but still looks very effective. The overall flavour is pretty much the same as the Müller Corner Crunch Vanilla Chocolate Balls and Toffee Hoops yogurts which have been around for ages - they've just had a shiny makeover! 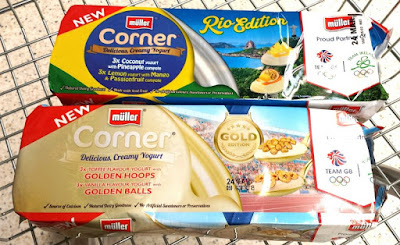