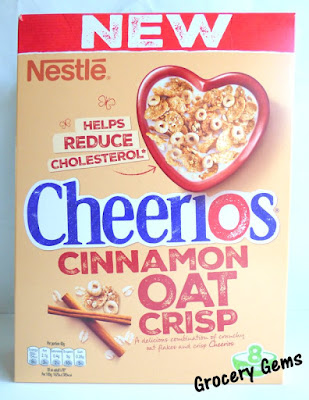 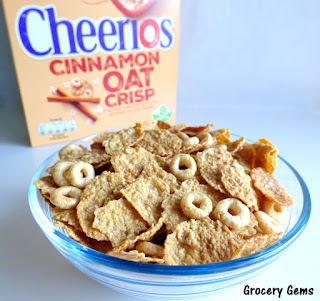 Even though I'm a fan of cinnamon, I don't often buy Nestlé's Curiously Cinnamon cereal, it's just too sugary and I don't like the visible sugar that coats each piece. Thankfully, the new Cheerios Cinnamon Oat Crisp has a glazed cinnamon coating instead which makes it much more appealing to me. The cereal is made up of crunchy flakes made with wholegrain oats and crispy Cheerios hoops. Both have a deliciously strong and sweet cinnamon flavour that survives being covered in milk (and it my case, with yogurt). If you're a cinnamon fan then you definitely need to give this cereal a try!

Overall, this is a great new cereal and one I'll certainly be buying again. The only downside is the box is quite small for the price.