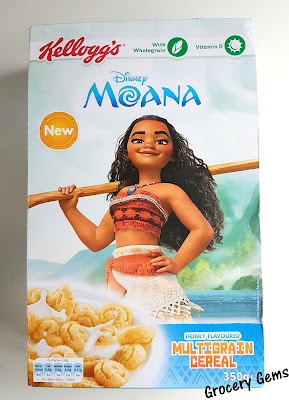 A quick review of Kellogg's Disney Moana cereal. It's great to see Kellogg's making a cereal for the latest Disney movie Moana - it makes a change from all the Frozen/Star Wars themed products. 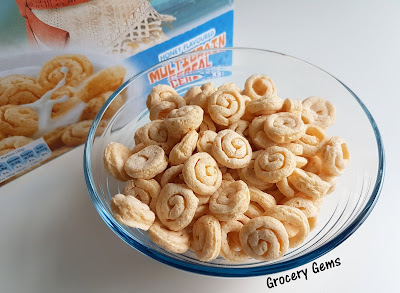 This cereal is described as a 'honey flavoured multigrain cereal'. It certainly looks appealing and my kids loved the whirly design. Initially they were quite excited as they thought the cereal looked like little cinnamon whirls and assumed it would be cinnamon flavoured. Unfortunately the flavour here is quite plain. It's quite similar to the flavour in Kellogg's Multigrain shapes but less sweet. The texture is very light and puffy with a light crunch. It's a nice enough cereal, and my kids did enjoy it, but I think the flavour could have been a little more adventurous. 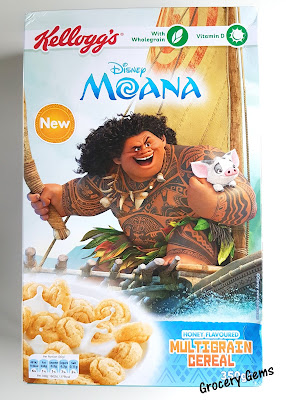 PR Sample sent for an honest review but I also bought another box from Co-Op.