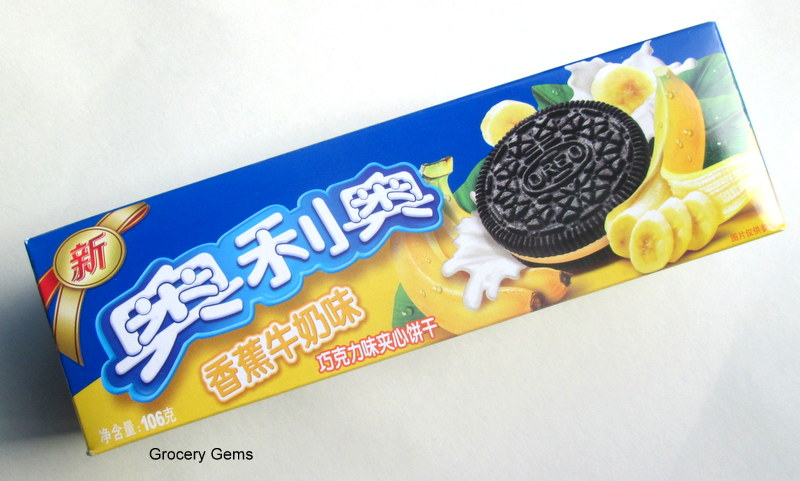 Last year there were some pretty awesome sounding Banana Split Oreos released in the US, reviewed by Impulsive Buy here and Junk Food Guy here. I never did manage to find those here in the UK but for whatever reason, it's always been easier for me to find unusual Chinese Oreo flavours compared to American ones. Most US import stores don't seem to stock much beyond the Peanut Butter Oreo, I'd love to see more of the Limited Edition US flavours making it to our shores. 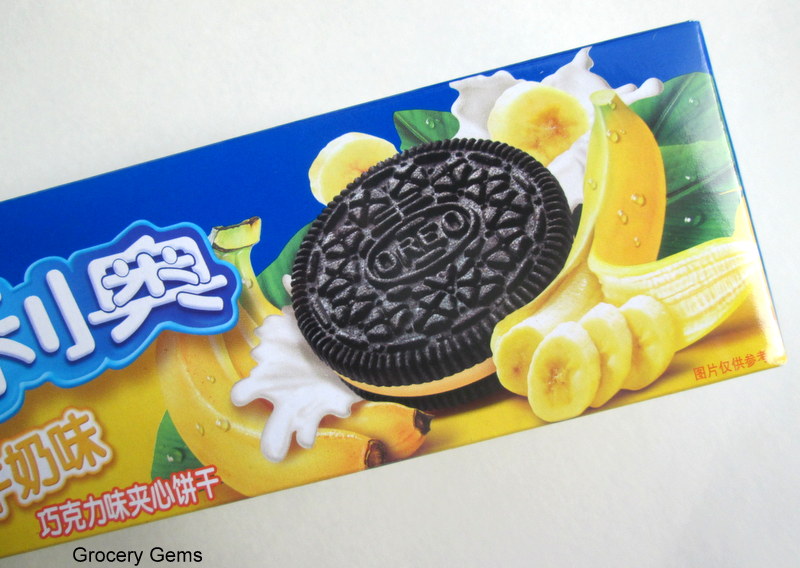 I found this box of banana flavoured Oreos in a grocery store in Chinatown, sitting alongside the double fruit Oreo flavours I've reviewed previously (see my review HERE, those were awesome). Unlike the double fruit Oreos I can't find any information about these online, not even on the Mondelez China website. Looking at the picture on the box I'm assuming the flavour is simply banana cream or banana milkshake. There are no English details on the box so if anyone can give me the proper name given on the box please let me know in the comments below. 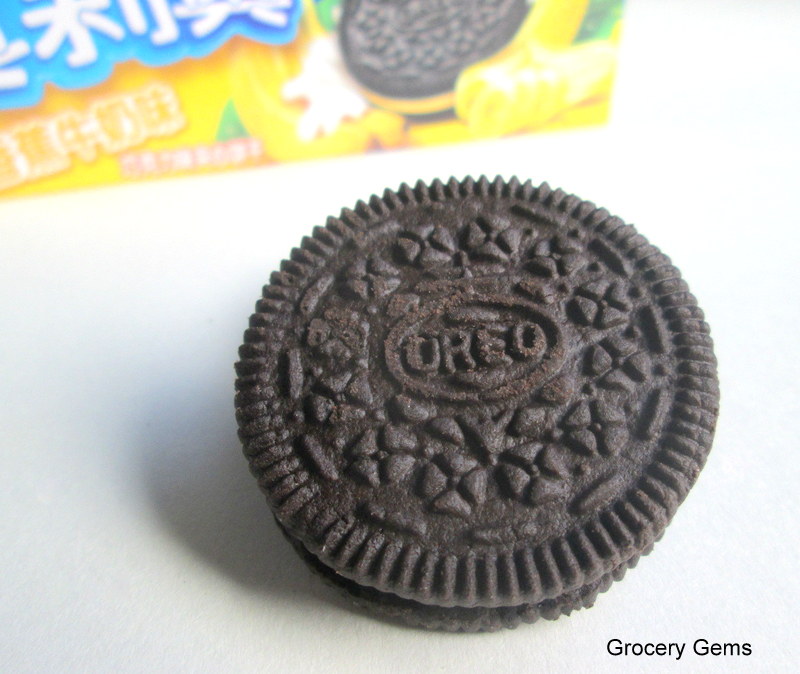 The artificial banana scent in these Oreos was super strong as soon I opened the packaging. It reminded me of a banana milkshake or those banana ice lollies from an ice cream van. I'm not going to lie, I love that kind of banana flavour. I used to buy more than one of those banana ice cream lollies and keep a couple in the freezer, that's how much I like them. 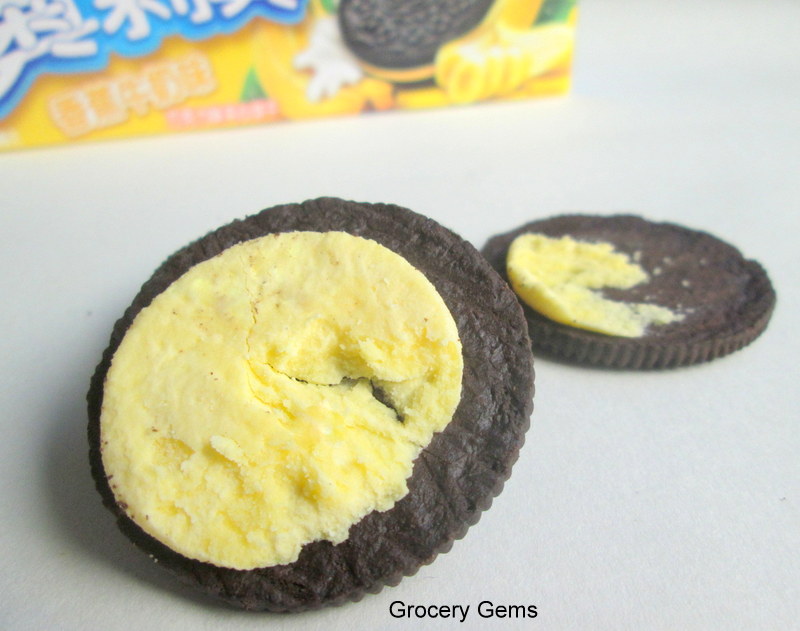 And the same strong artificial banana continues in the actual flavour of the cream layer within the Oreo. At first I quite liked it, I even momentarily thought I was going to love these, but very quickly the flavour became too strong, and combined with the outer Oreo biscuits it was just far too sweet. These are really shockingly sweet, like throat-burningly sweet, even for an Oreo. It's more like eating a candy rather than a biscuit. The banana flavouring really lingers in the mouth after each bite. I can imagine that these would taste slightly better if dunked in a glass of milk, as it might take the edge off the sweetness. Seeing as I don't drink milk I might have to try these with an extra strong cup of espresso but I'm not even sure that could compensate for the sugariness here.

RATING:  5 out of 10.
Buy them again?: Probably not.
Nutrition: Unable to read the information.