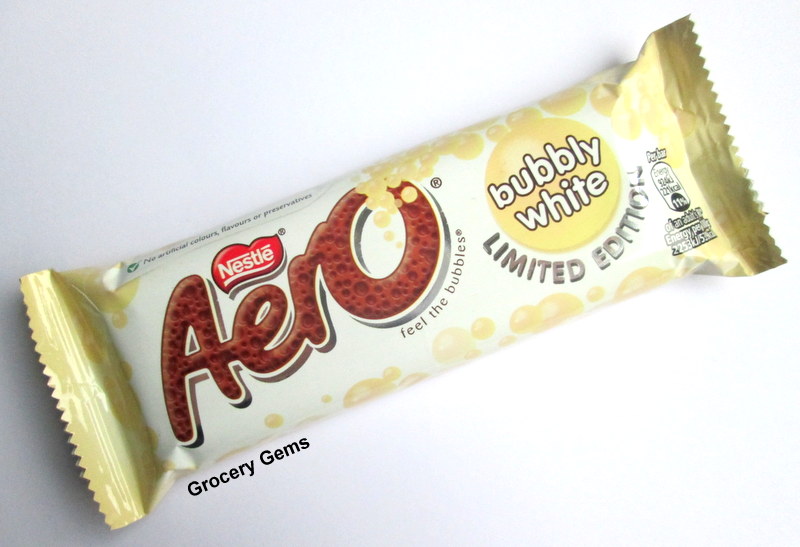 Sigh... Expect to see lots of random outbursts of "the White Chocolate won? REALLY?" in this review. You see, a few months ago Aero asked the good people of Facebook to vote for it's next Limited Edition flavour. Granted the choices were not that great, the prospects were; White Chocolate, Lemon, Cappuccino or Strawberry, but I was still not expecting that the most boring and obvious choice of the lot would win. The White Chocolate won?? Seriously? I demand a recount! 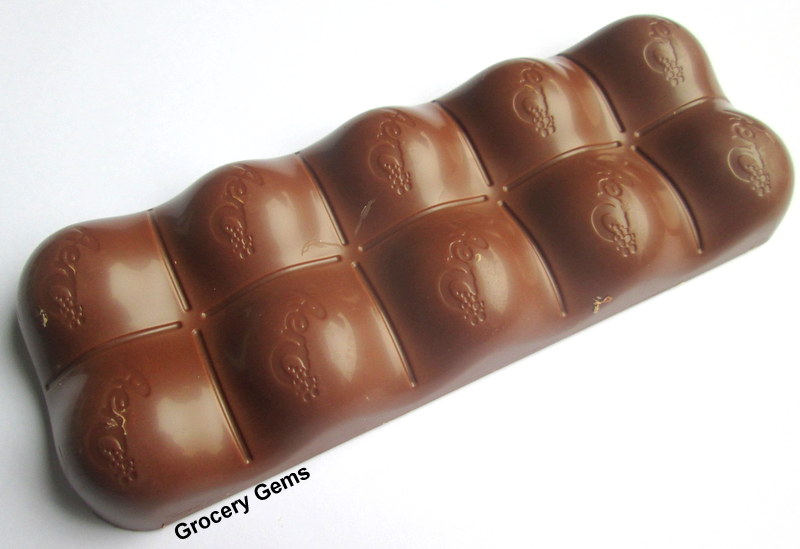 It's an uninspired choice to say the least and it's telling that I purchased it last week and it's been sitting in my review box since then. Normally I would try to review a new chocolate bar by a major brand as soon as I could but this one was not particularly appealing. I mean first off it's not even flipping white! Look at it! From the creamy coloured wrapper I was expecting that this was a full white Aero bar, that would at least be a little bit interesting. But this one is milk chocolate on the outside and white bubbles on the inside, a fact that is written in teeny tiny letters on the back. So it's basically the same as the Polish 2 in 1 Aero that I reviewed last year (see here). 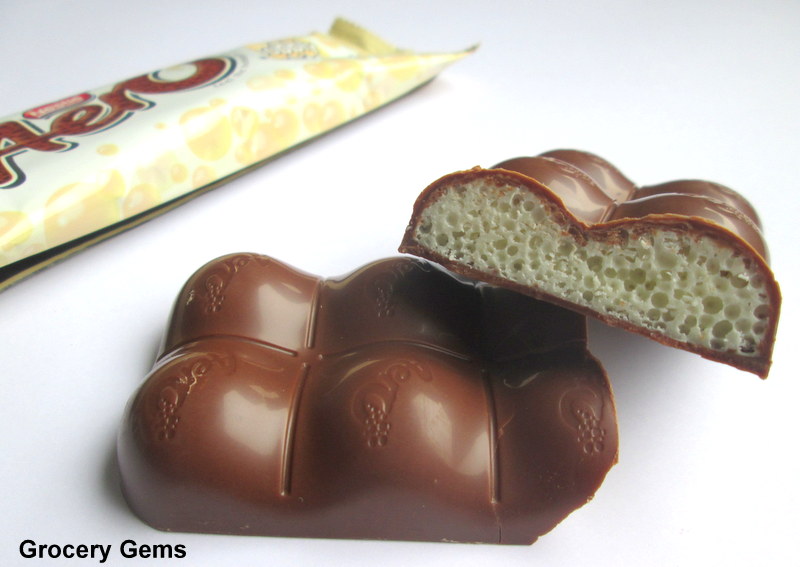 I do like the Aero Bubbly brand, although I tend to go for those sharing bags of Aero Bubbles rather than the bars. The Aero Bubbly White has the same milk chocolate coating that is present in the rest of the Aero Bubbly range, it's extremely sweet and slightly bland but pleasant nonetheless. The inner white chocolate bubbles have the barest hint of vanilla, but it does taste better than the Polish version overall. 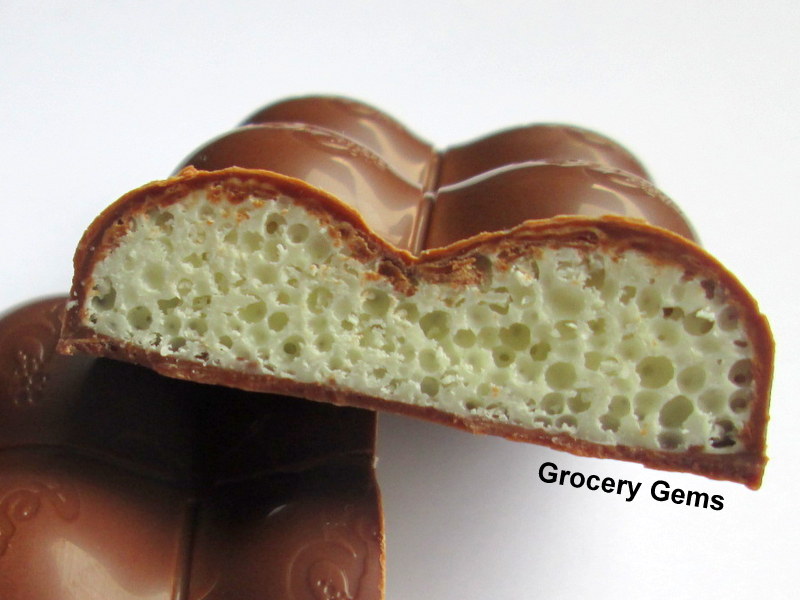 It's nice enough as a sweet treat and probably worth a try if you're a fan of white chocolate but I still can't see why such a basic flavour should be a limited edition. Perhaps it's time to add white chocolate to the permanent Aero range instead?