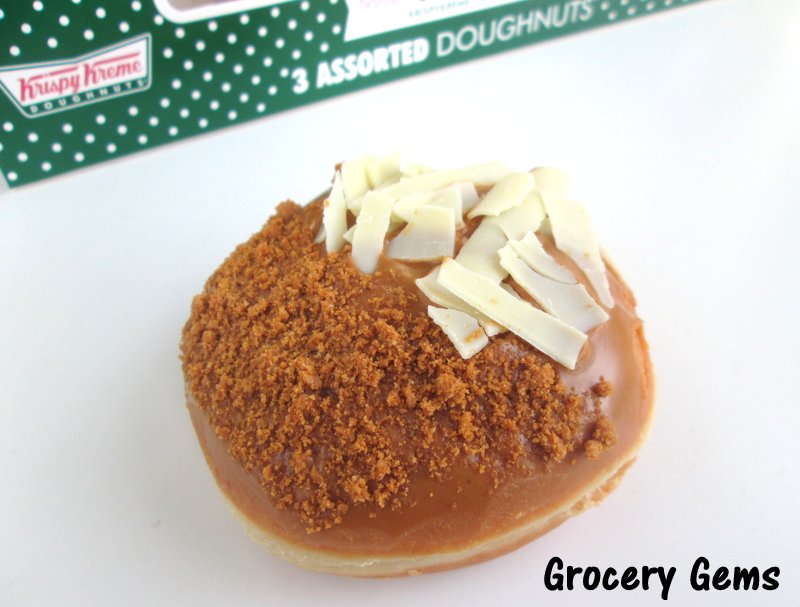 Krispy Kreme Biscoff Caramelised Biscuit Doughnut: Apparently this masterpiece has been available since last week (why didn't I know?). I couldn't help noticing the Krispy Kreme cabinet in my local Tesco today, with their new bright red Valentine's doughnuts, and sitting oh-so-innocently beside them - the Krispy Kreme Lotus Biscoff Caramelised Biscuit Doughnut. It's a doughnut filled with a Kreme infused with Lotus Caramelised biscuit spread, iced with more Biscoff spread, and topped with Biscoff biscuit crumbs and white chocolate. Review coming soon! 3 for £3.45p at Tesco. 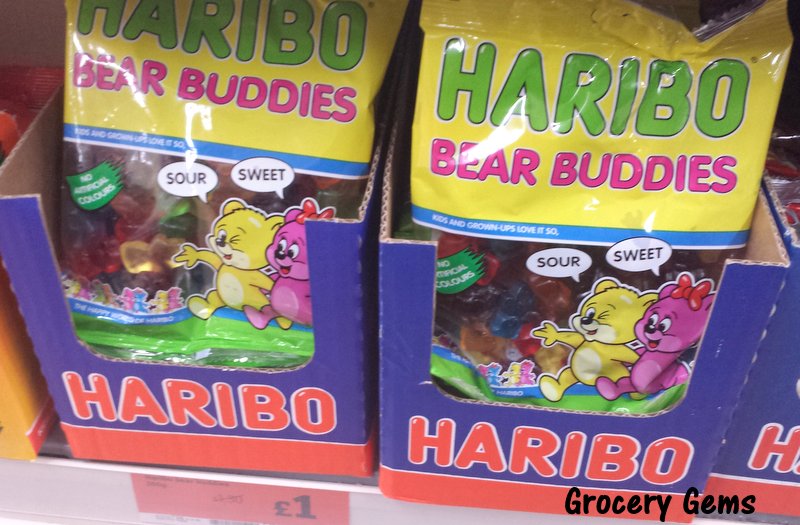 Haribo Bear Buddies: If you remember the super cute Haribo Bärchen Päachen from this German Grocery Exchange, then you'll be pleased to know that they have released the same product in the UK as Bear Buddies. These clever sweets feature two bears holding hands, with one bear being a sweet flavour and the other a sour flavour. Thank you to the reader who spotted them in Sainsbury's awhile ago (I finally found them!). £1.00p at Sainsbury's. 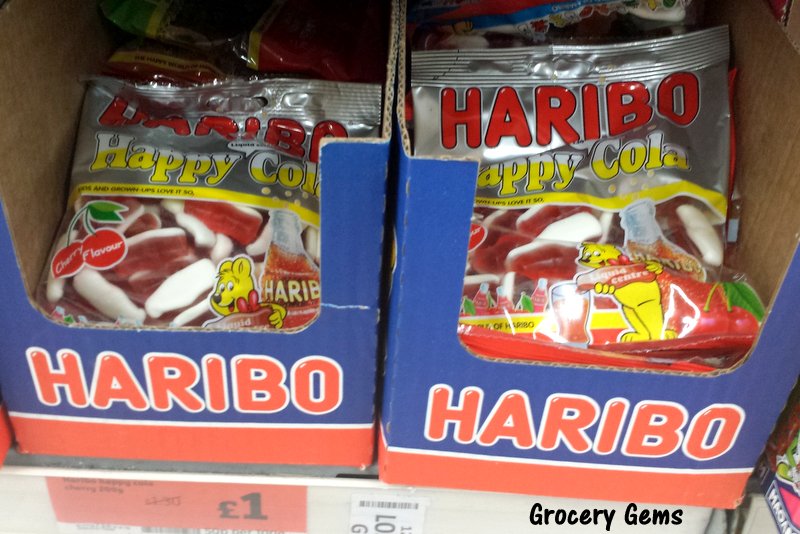 Haribo Happy Cola Cherry Liquid Centre: I also reviewed the original German release of these Haribo Cherry Cola - check out the liquid filling here! Another thank you to the commentator who let me know a few weeks ago that these had been spotted in the UK. I would never have noticed these myself, as they were hidden away on the bottom shelf, but I'm really pleased to see these available here! £1.00p at Sainsbury's. 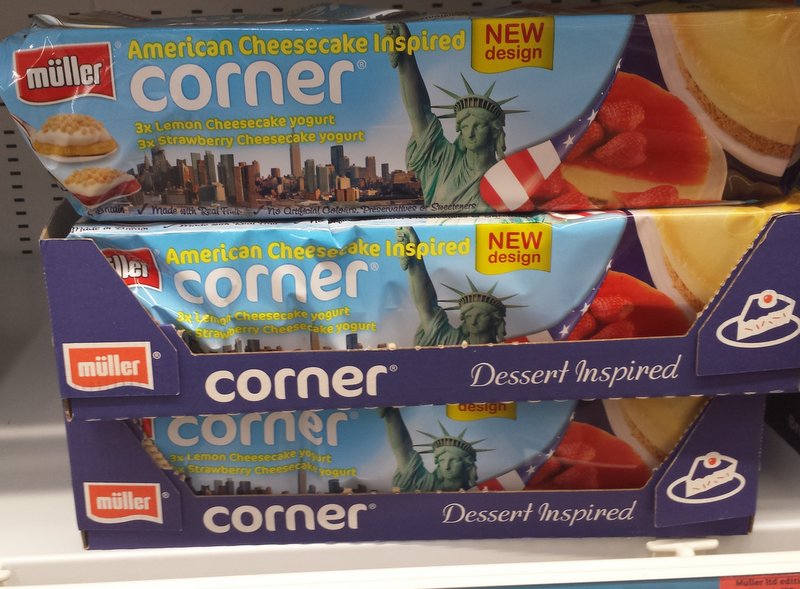 Müller Corner American Cheesecake Inspired Multipack: An American inspired rebranding for the Lemon Cheesecake and Strawberry Cheesecake corner yogurts. I'm sure these flavours aren't new but I think they were called "Dessert Inspired" (I can't remember though!). Half price offer £1.92p at Tesco for multipack of 6. 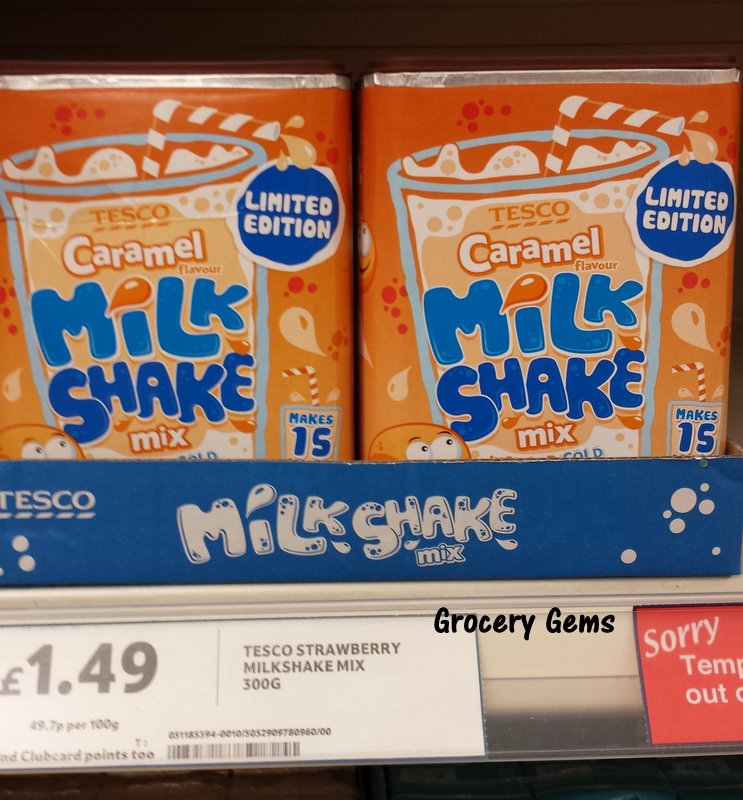 Tesco Limited Edition Caramel Milkshake Mix: I really like the fact that Tesco go beyond the standard banana, strawberry and chocolate flavours for their milkshakes mixes. My kids enjoyed the Vanilla milkshake mix last year and I'm sure I'll pick up this new Caramel variety for them to try soon. £1.49p at Tesco. 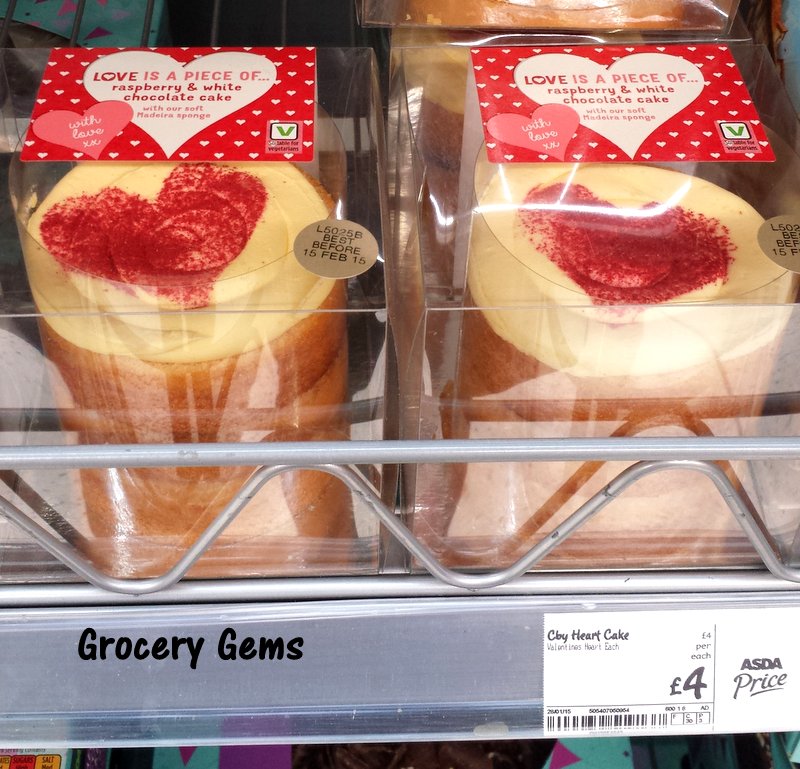 Asda Heart Cake: It always seems that the UK supermarkets go straight from Christmas products to Easter eggs. However, there is always a few weeks inbetween when the seasonal aisles are taken over by Valentine's Day. There are plenty of novelty products in the bakery department at the moment, I spotted heart shaped waffles and crumpets in Tesco, and these cute "Love is a Piece of Raspberry & White Chocolate Cake" cakes in Asda. I STILL haven't managed to find the new Red Velvet Doughnuts in Tesco though! 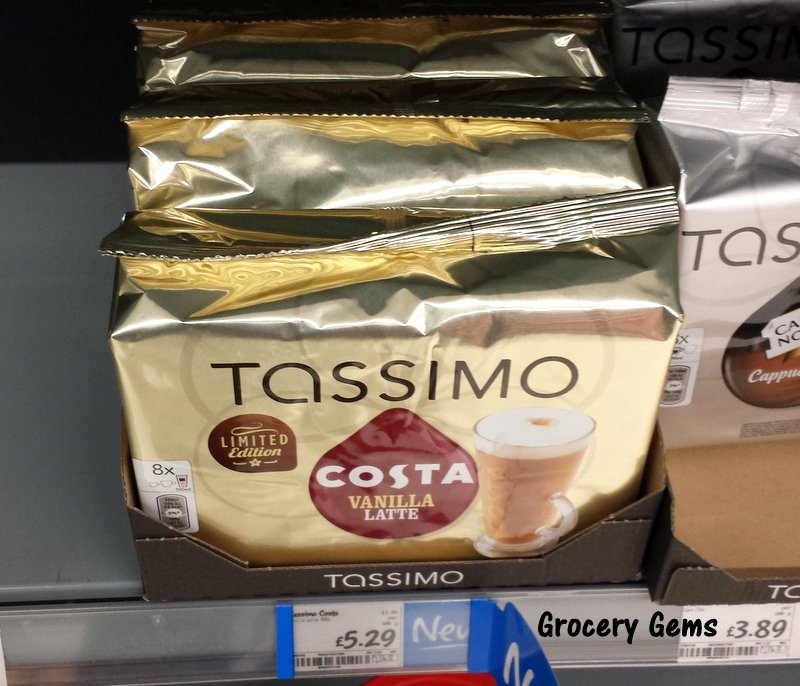 Tassimo Limited Edition Costa Vanilla Latte: I know these are available online from Tassimo but I didn't realise they were also available instore. They're quite expensive so I'll probably stick to using vanilla coffee syrup if I fancy a vanilla latte. £5.29p at Asda. 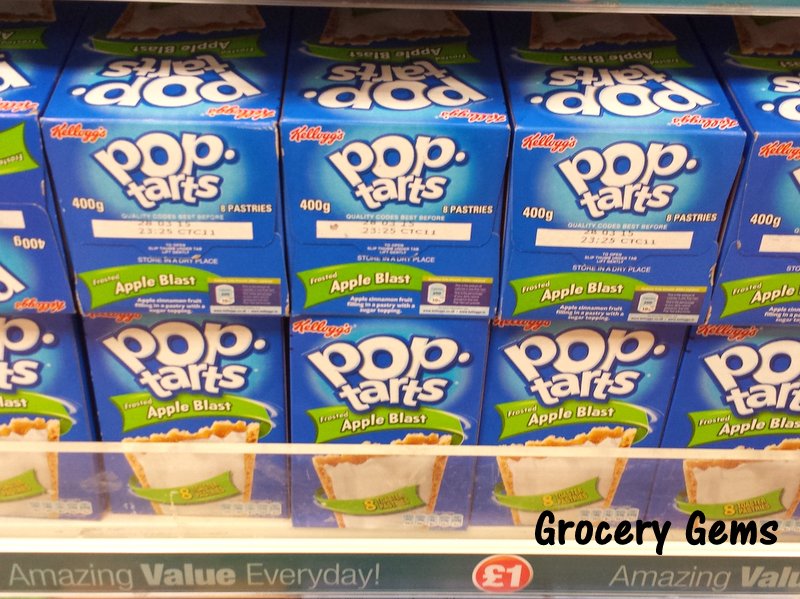 Pop Tarts in Poundland!: Not a new product of course, but I thought it was interesting that Pop Tarts Apple Blast and Very Cherry have been spotted at Poundland, especially since they usually cost upwards of £2.68p in the supermarkets. I wonder if it means these flavours are discontinued? £1.00p at Poundland. 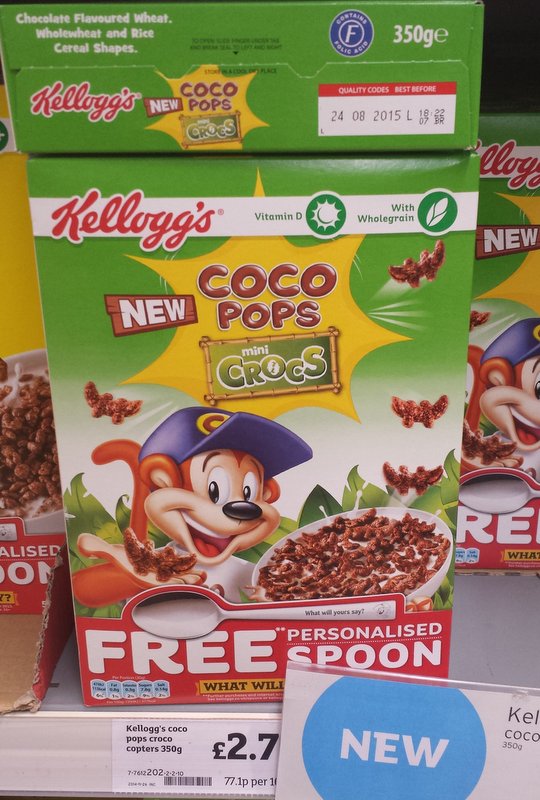 Kellogg's Coco Pops Mini Crocs: My kids tried these and gave them the thumbs up. The actual cereal tastes the same as the previous Coco Pops varients such as Croco Copters and Croc Prints. The Mini Crocs is simply the latest shape in this range but the flavour seems to be exactly the same. £2.79p at Sainsbury's. 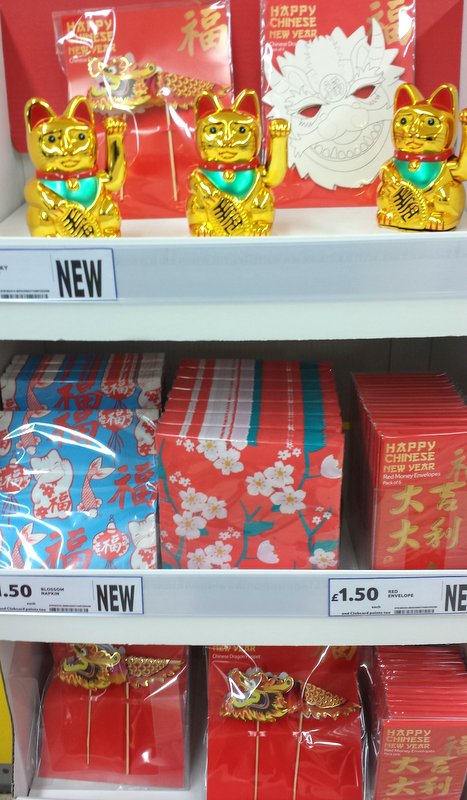 Tesco Chinese New Year Display: My local Tesco (which is only a medium sized store) had a cute display of products for Chinese new year, from Lucky Cats (really these are Japanese Maneki-Neko) to Red Money Envelopes and Dragon Mask craft sets. For some reason I was tempted to buy the pretty blue and white cat napkins! From £1.50p at Tesco.

I'm guessing that most people didn't read past the words "Krispy Kreme Lotus Biscoff Caramelised Biscuit Doughnut" but if you made it this far then I hope you enjoyed this round up. Let me know in the comments if you've tried any of these products.

As always if you spot any new products instore then let me know via email grocerygems@gmail.com or contact me on Twitter @grocerygems. Thanks!