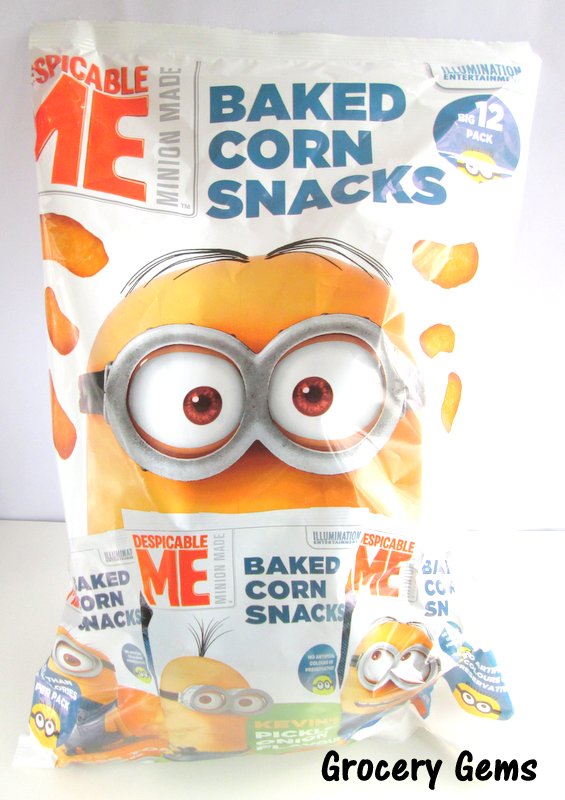 A multipack of 12 bags of baked corn snacks featuring the cheeky Minion characters from Despicable Me (and soon their own Minion movie too). I couldn't resist at only £1.00 for such a big multipack, even though each snack bag is quite light at only 11g each with less than 50 calories per pack. 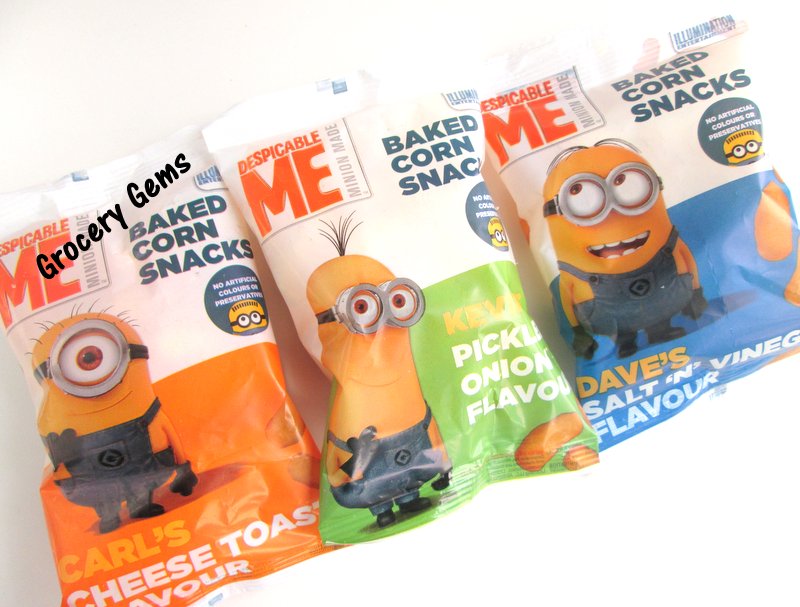 There are three flavours (four of each in the multipack); Carl's Cheese Toastie Flavour, Kevin's Pickled Onion Flavour, and Dave's Salt & Vinegar Flavour. 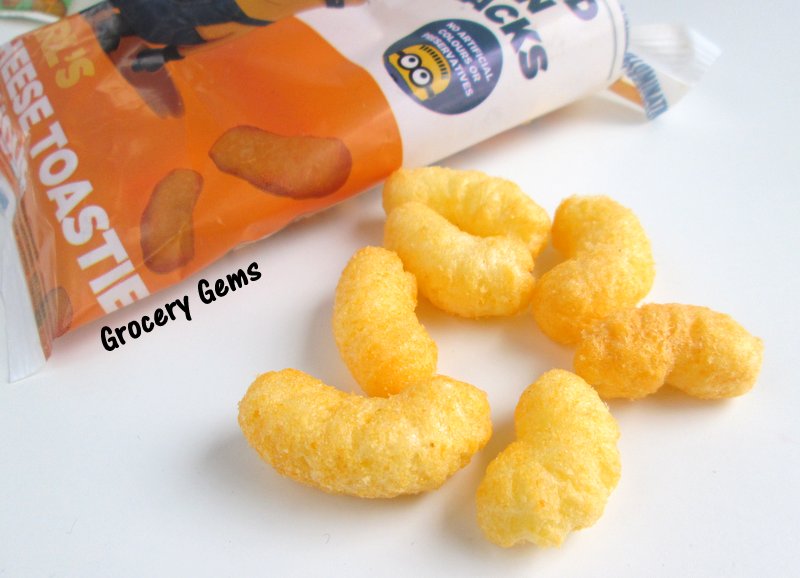 The baked corn snacks all have the same curved appearance and are quite lightly flavoured (especially the cheese one). Even though each bag is only 11g, they are still surprisingly full.

Kevin's Pickled Onion Flavour: Probably the strongest flavour of the three, although it's not as robust as other brands of Pickled Onion corn snacks. This is not a bad thing in my opinion and I found them quite tasty.

Dave's Salt 'n' Vinegar Flavour: These are quite similar to the Pickled Onion Flavour, in fact they could be mistaken for that flavour, just without the onion undertones.

Carl's Cheese Toastie Flavour: I quite liked these and their light cheese notes, but it's probably because I dislike Wotsits and their overly flavoured stinky cheesey taste! The flavour here has just enough cheese and salt to be tasty without being overbearing. However, I can imagine that fans of cheesier crisps would be disappointed.


Overall, I will probably buy these snacks again just because they're such a low calorie snack for those crisp craving moments. Each pack has 50 calories (well it's specifically given as 49.8 calories) and are free from artificial colours or preservatives, although disappointingly for kids snacks, they do contain MSG.