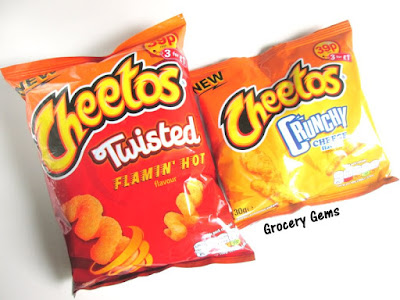 Cheetos have been fairly easy to find in the UK, usually imported via the US or from other European countries. Depending on whether you go for a bag from Poland or from the US they can be quite cheap or very expensive. Apparently it's been a fairly long time since they were last launched here, it seems that 1990 was the last time the UK saw a Cheetos release.

This time around there are two varieties available - Cheetos Twisted Flamin' Hot and Cheetos Crunchy Cheese Flavour. Both bags contain 30g but are very different in actual pack size. 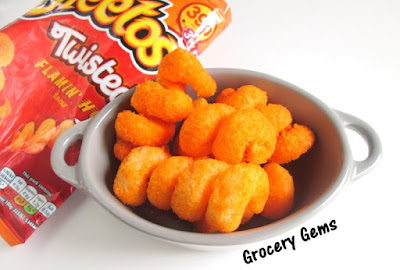 The first thing that struck me about the new Cheetos Twisted are just how massive each snack is. The bag literally had 8 snacks in total in the bag, but they're so big that the pack still felt very full. These snacks are fairly basic maize based corn puffs with a flavour that is not too dissimilar to Monster Munch Flamin' Hot. The only real point of difference is the massive size of each individual puff. I've reviewed Cheetos that are bug shaped, but these Cheetos Twisted will now rate as the wackiest shape I've tried so far. 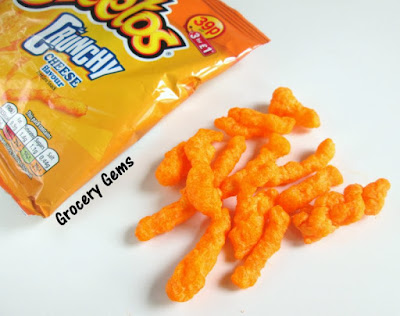 The Cheetos Crunchy Cheese flavour look like the classic, knobbly, Cheetos Crunchy snack that I'm sure most people are familiar with. The cheese flavour however, tastes different to how I remember, although I have to admit that I haven't bought these types of Cheetos for quite a few years now. These have a cheese flavour that is quite creamy and not too overpowering (unlike most cheese puff type snacks). The flavour reminds me more of Quavers than anything else, but just alongside a much crunchier texture.

The Cheetos Crunchy and Cheetos Twisted are available in price-marked 39p bags, with a 3 for £1 offer, making them almost half the price of the other big brand crisp packets in my local newsagent. It's good value but it must be said that these packets are quite small - the Cheetos Crunchy bag in particular felt like a very small portion. For bigger appetites, the Cheetos Twisted will also be available in larger sharing bags for £1.00p each.