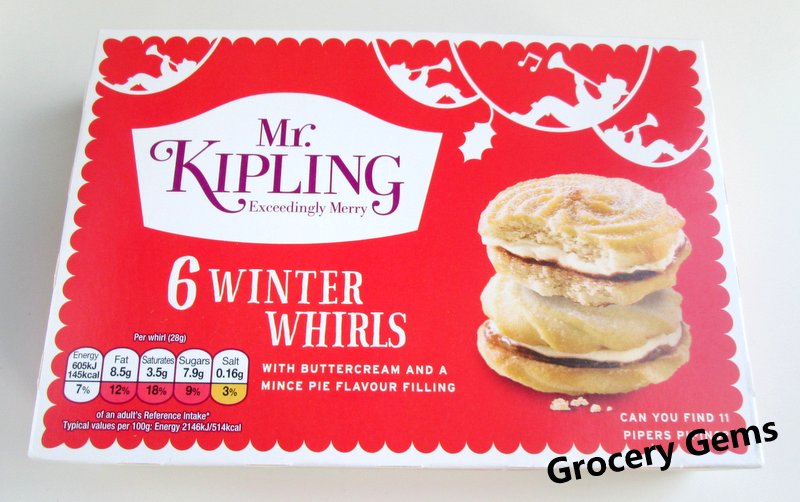 I didn't try these when they were released last year, but after the success of the Mr Kipling Gingerbread Whirls, I decided we should give their Winter Whirls a try. 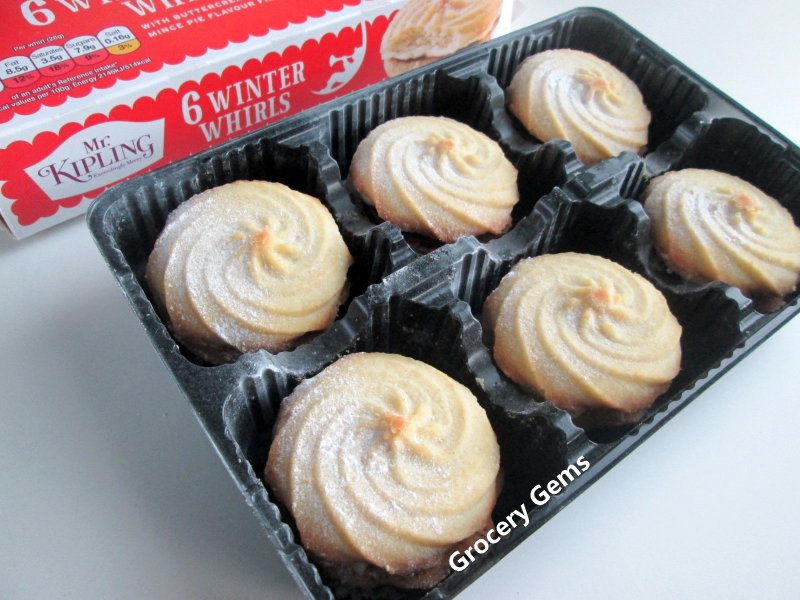 There are six cakes in each box and they are described as melt in the mouth shortcake swirls filled with rich buttercream and a mince pie flavour filling. 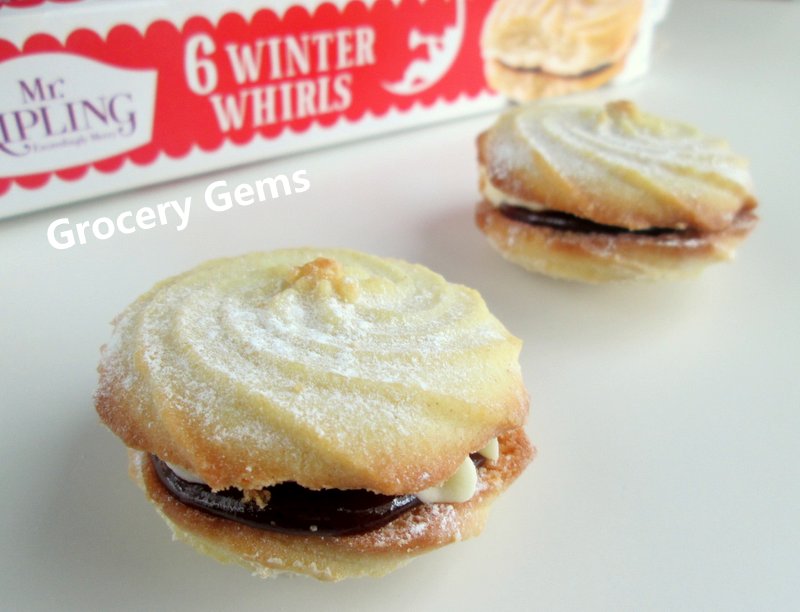 The Winter Whirls, like the rest of the Mr Kipling Whirls range, have a soft texture, somewhere between a cake and a biscuit. The filling is a combination of a cream layer with an additional layer of jam. This jam is described in the ingredients as "spiced apple jam" with added warming spices such as cinnamon. The overall effect of this layer is indeed very reminiscent of a mince pie but with the flavours toned down by the vanilla biscuit and cream. For anyone who hates raisins as much as Mr Grocery Gems, the Mr Kipling Winter Whirls offer a festive mince pie flavour without any of the dreaded dried fruit!