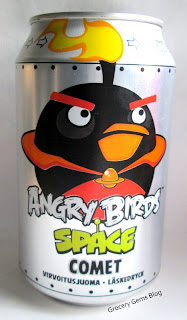 This range of Angry Birds Cola is so popular in it's native Finland, that it's even started to win the "cola wars" there, outselling the more popular brands of cola. Is this because the Angry Birds are so popular or is it because the drink just tastes better than rival colas? 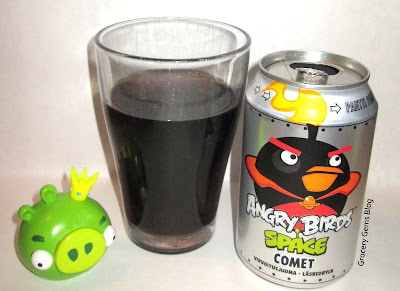 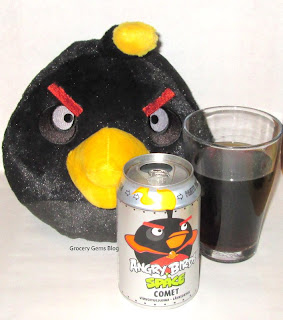 The cola is the dominant taste at first, it's a very sweet and light kind of cola - not too fizzy or strong. After that first flavour of cola it becomes more of a fizzy orangeade as the citrus flavour kicks in. It's zingy and fresh without being overpowering. I enjoyed the overall flavour combination, it's very unusual but it works well. 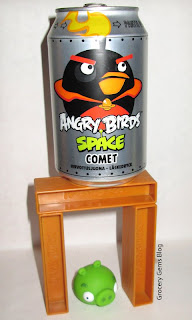 The real winner is the packaging, which is striking and fun. As you can see from the pictures, the Grocery Gems' household contains a few gamers and gaming related toys, so I am always attracted to video game themed grocery products. I also love buying crazy drinks from all around the world at Cybercandy, and this Angry Birds cola kills two (angry) birds with one stone(!) Even better, it has the added bonus of being quite tasty! Not something I can say about all the gamer themed drinks and grocery products I've tried.