I spotted a range of chocolate in Waitrose that I had never seen before, all in bright quirky packaging. The Kingdom Chocolate range is described as "Modern British Chocolate" featuring "British Creativity". There are lots of interesting flavours to choose from, such as Dark Chocolate & Orange Marmalade, Dark Chocolate & Lemon and Lime Centre, Milk Chocolate Rhubarb & Vanilla, but I plumped for the Milk Chocolate & Peanut Butter Centre. 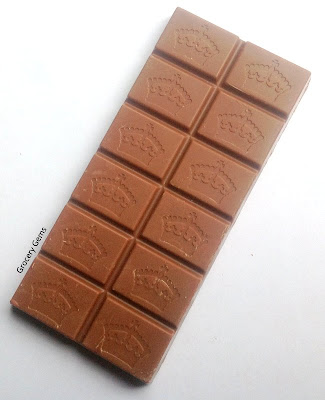 The 100g bar is made with quality all natural ingredients, including a 34% minimum cocoa solids chocolate that is ethically sourced in Uganda from the Cocoa Development Project. I love the fact that the list of ingredients doesn't run into paragraphs or include any scientific sounding additions! 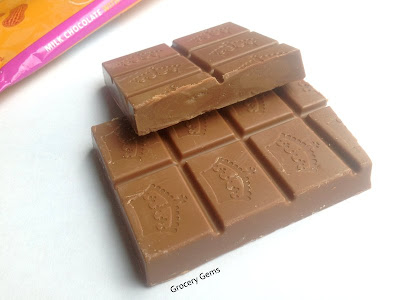 I was surprised when I cut into the bar that it was solid chocolate all the through. From the name "Peanut Butter Centre", I was expecting there to be a more obvious separate layer inside. 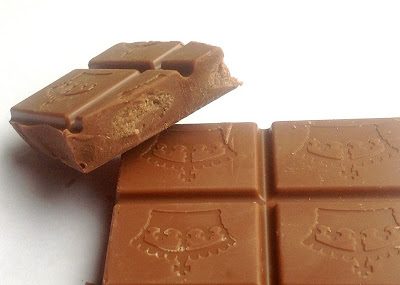