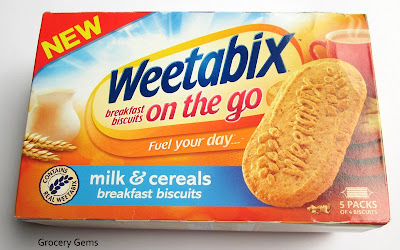 Apparently 8 millions Brits skip breakfast every day. It's seems we're all too busy to sit down and eat the most important meal of the day. And even those of us that do manage to eat something in the morning are often having a deskfest - a quick bite to eat at work. I've featured quite a few breakfast biscuits over the past year so I was happy to be asked to review these Weetabix On the Go breakfast biscuits. They're described as being rich in wholegrain and fibre, with less fat, sugar, and salt than the average breakfast biscuit. 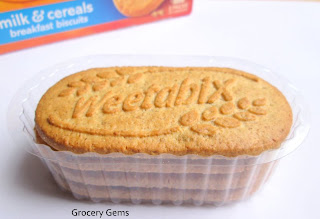 There are five individual packs inside the box, each with four biscuits. Each portion of the Weetabix On the Go breakfast biscuits is protected by being packaged within it's own plastic tray. This makes them much easier to actually carry around "on the go" without them turning into crumbs! The biscuits themselves have a distinctive appearance with their Weetabix logo and golden colour. 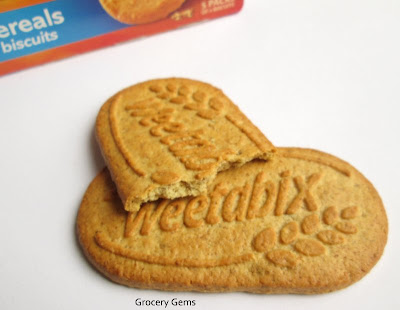 I wouldn't normally buy a flavour like "Milk & Cereals" because it sounds a bit plain to me, but I'm glad I got to give these a go because they're very tasty indeed! There is a lovely vanilla flavour running all the way through the biscuit which makes them taste a bit like custard creams - without the cream of course! I love vanilla and it works very well with the wheaty flavour of the Weetabix biscuit itself. The portion of four biscuits is very generous, I would usually eat two and save two for later.

A serving of four biscuits provides the same fibre, vitamins and minerals as two Weetabix. There are two other flavours in the range: Fruit & Fibre, and Apple with a hint of cinnamon (which I've also reviewed here). 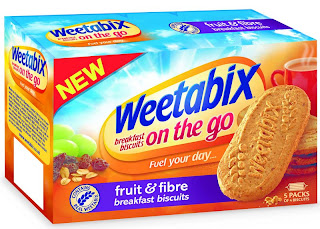 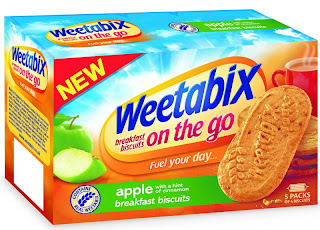 Overall, these Weetabix On the Go breakfast biscuits make a very tasty and satisfying snack - at any time of day!

I was sent this product for an honest review and all views are my own.