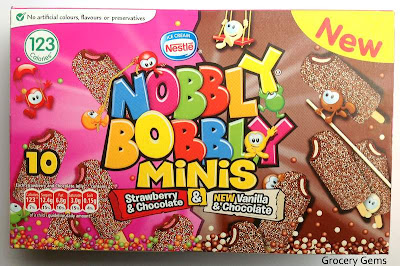 Nobbly Bobbly ice lollies have always been firm favourite in our house. The classic Nobbly Bobbly is a Strawberry & Chocolate ice lolly covered in pink, white and brown sprinkles. It's a colourful fun treat for kids (and occasionally for me too!), so I was pleased to see that there is a new Vanilla & Chocolate flavour. It seems to only be available in this mini pack at the moment. 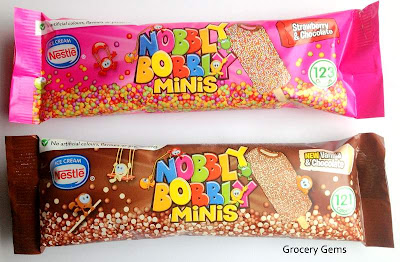 The box is a very generous size as there are five of each flavour in the box. This should mean that a box will last you quite a long time but I have to admit that these were so popular in my house that they all disappeared quite quickly! 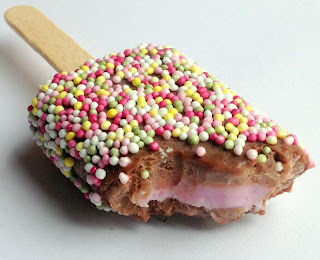 The classic Nobbly Bobbly is a quite a girly affair with lots of pink sprinkles and a strawberry layer inside. If you've never had one before it's a bit like a Fab ice lolly, but whereas the Fab becomes boring and loses its fabness once the top white layer is gone, the Nobbly Bobbly retains it's sprinkly goodness right til the end.

My kids were so excited when they saw this new Chocolate & Vanilla flavour. It's funny how just changing the colour of the sprinkles can make such a big impression on them! 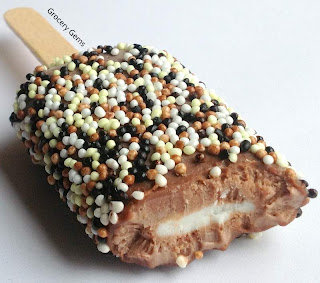 The ice cream is not all that different inside, it's the same icy chocolate flavour as the classic Nobbly Bobbly but with a vanilla centre. It's quite a basic flavour combination but it's one that most kids will enjoy. There seems to be a real trend at the moment for miniature versions of classic ice lollies and chocolates. It's definitely a great option for anyone trying to cut down on calories. The normal size Nobbly Bobbly has 219 calories, whilst the mini version has 123 calories.