Around The World: Argentina - Havanna Alfajores 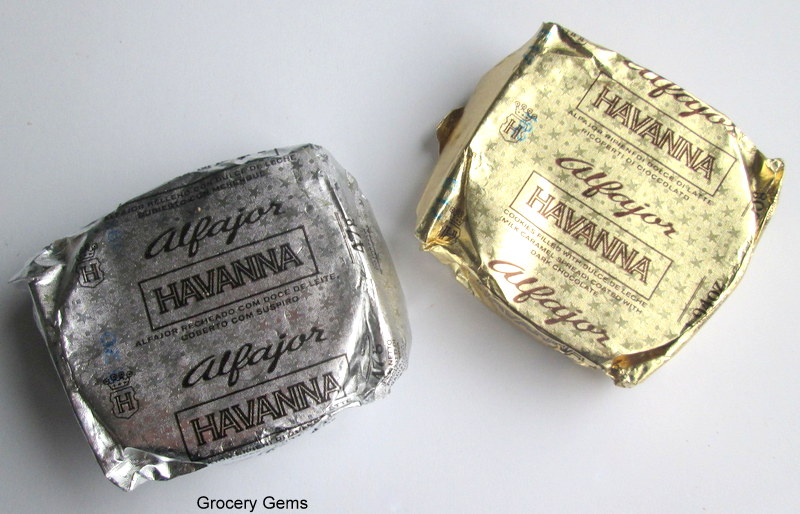 I've previously reviewed a version of the popular South American alfajores snack (see review here), that had been sent to me by a reader, David, who often visits that region. The ones I reviewed were more of a supermarket brand, but at the time David had mentioned that the real high end alfajor was made by a company called Havanna. I never expected to find these in London but I spotted them at a food show I attended just before Christmas, so needless to say I quickly snapped them up. I bought two Havanna Alfajores, in gold and silver wrappers - the original Blancos, which are covered in a white icing, and also the Chocolate variety. 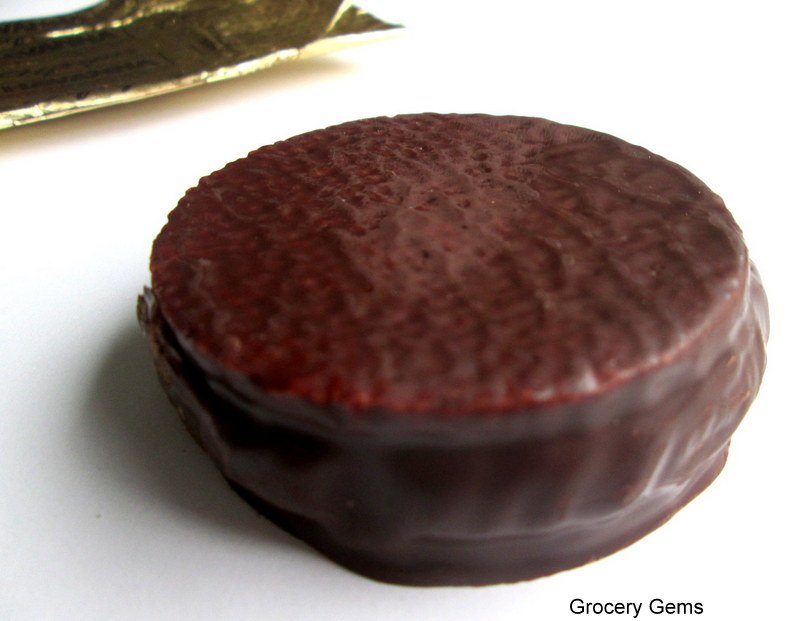 Starting with the chocolate, it has a large circular appearance with a decent coating of chocolate, not too thin or too thick. It doesn't look like much from the outside (it's almost like a teacake or Wagon Wheel!) but the  magic happens inside with the absolutely divine dulce de leche filling. 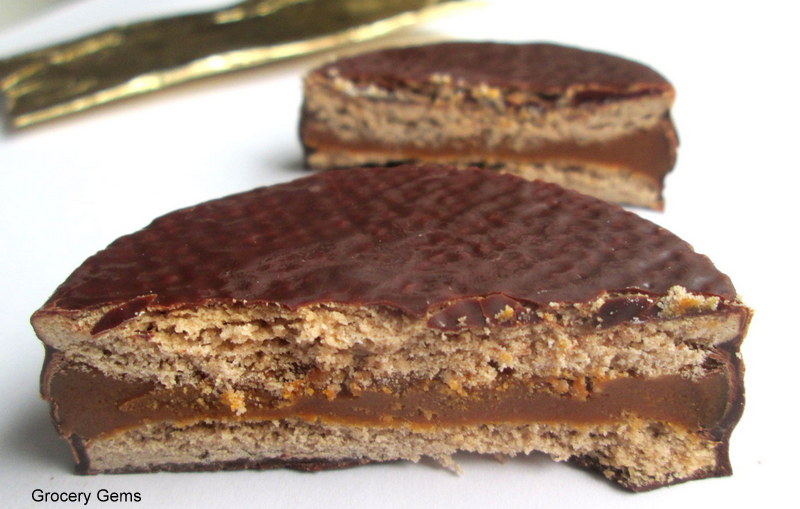 The inner biscuit is quite soft, somewhere between a cake and a biscuit in texture. The flavour is quite simple but it provides the perfect background for the generous dulce de leche layer. This has a rich caramel buttery flavour is completely divine. The outer coating here adds even more sweetness and a smooth chocolate taste into the mix too. 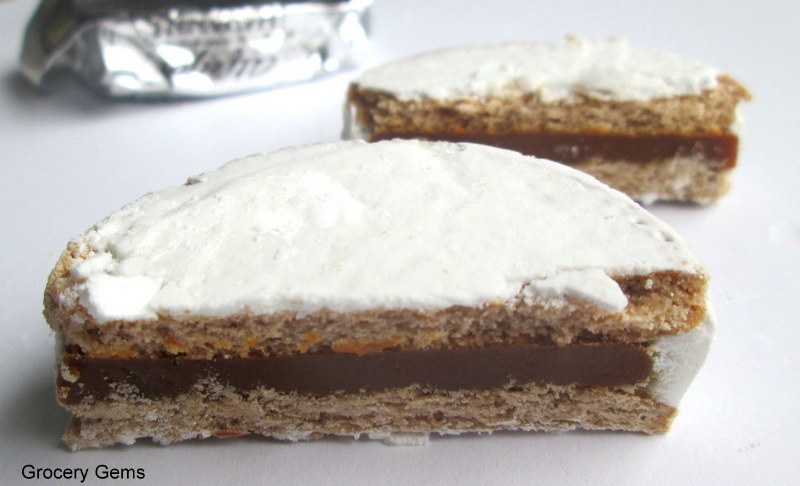 The Blanco alfajor is covered in a white icing, that is quite dry and very crumbly to eat! I didn't expect to like this one as much as the chocolate but I was wrong, this one was even more delicious. The icing is sweet but has a hint of lemon that works so well with the soft biscuit and the creamy filling. Even though I enjoyed both of the alfajores, the Blanco allowed the dulce de leche flavour to really reign supreme, and was ultimately my favourite of the two.

RATING: 10 out of 10.
Buy them again?: Yes - quite pricey but worth it.
Nutrition (per unit): 206 calories.
Purchased: They are available online in the UK here:
http://www.casaargentina.co.uk/actinic/Alfajores.html

Email ThisBlogThis!Share to TwitterShare to FacebookShare to Pinterest
Labels: Around the World, Biscuits, Cakes, Caramel