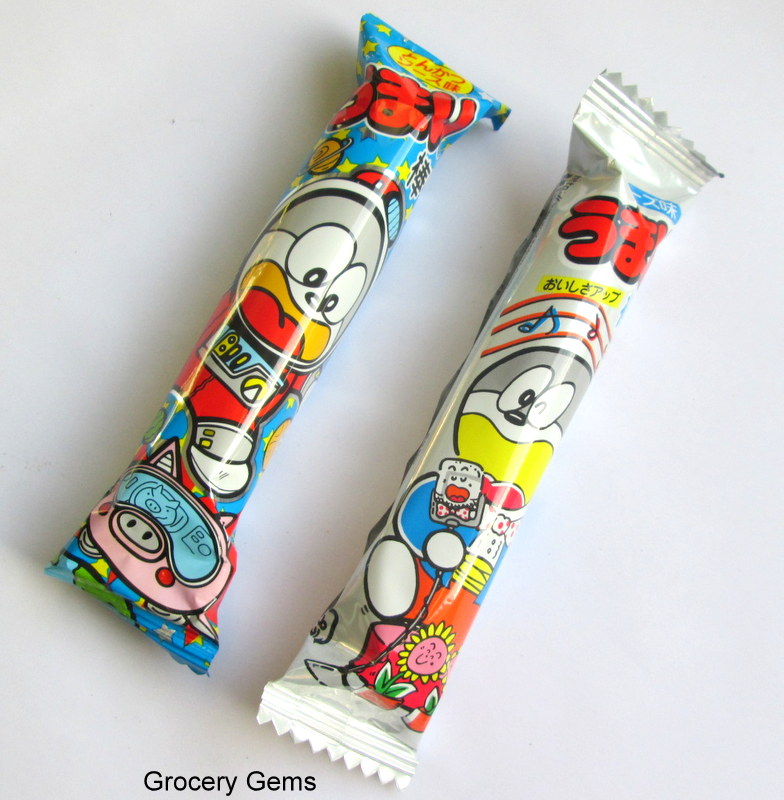 As a fan of Japanese confections I often get serious snack envy when I hear about the products available there. I'd especially love to visit the world's first Kit Kat Speciality Shop, called the Kit Kat Chocolatory, which recently opened in Tokyo! Maybe one day, but in the meantime here's a round up of a few more fabulous Japanese snacks which I've been trying lately, all easily available through the wonderful Oyatsu Cafe - they get new products all the time so it's worth checking out their front page regularly. 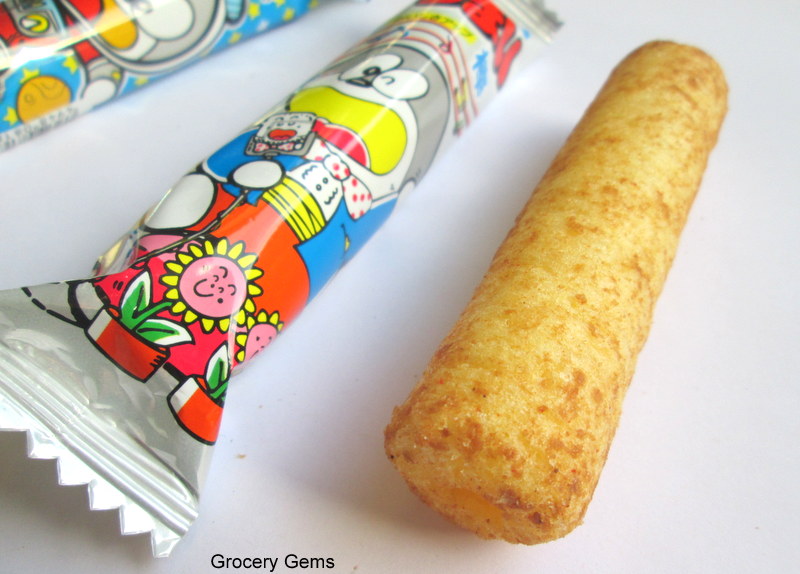 Like these Umaibo snacks for example. These popular snacks feature a mascot called Umaemon and come in a variety of flavours. The actual snack is a large cylindrical puffed corn snack (imagine a huge individual Wotsit - except far tastier!), with a flavoured seasoning on top. 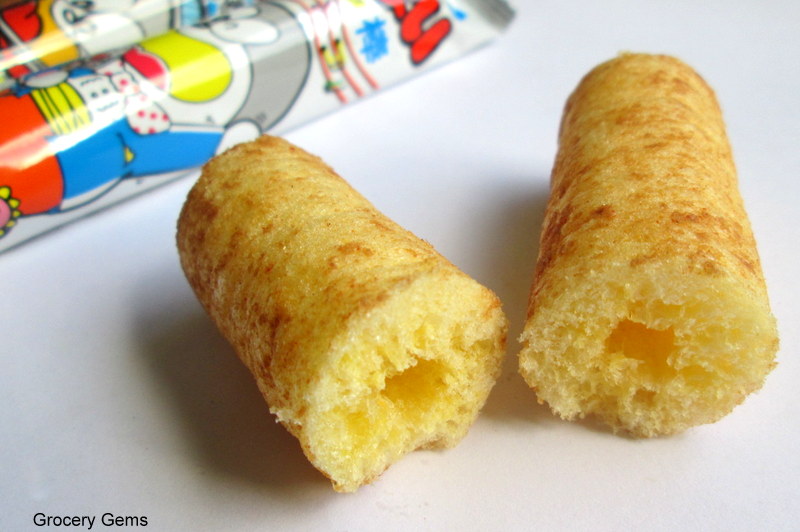 I tried out two flavours Umaibo Tonsako (fried pork) and Umaibo Cheese and they were both completely delicious. The Tonsako flavour is meaty but is sweet and sour at the same time, and have a salty hint of soy sauce. It's a fully rounded flavour that beats any puffed corn snack I've tried before hands down. The Cheese flavour is also more complex then a simple cheese corn puff, there is some added sweetness here too that is balanced out by a subtle tangy background flavour. 8 out of 10. 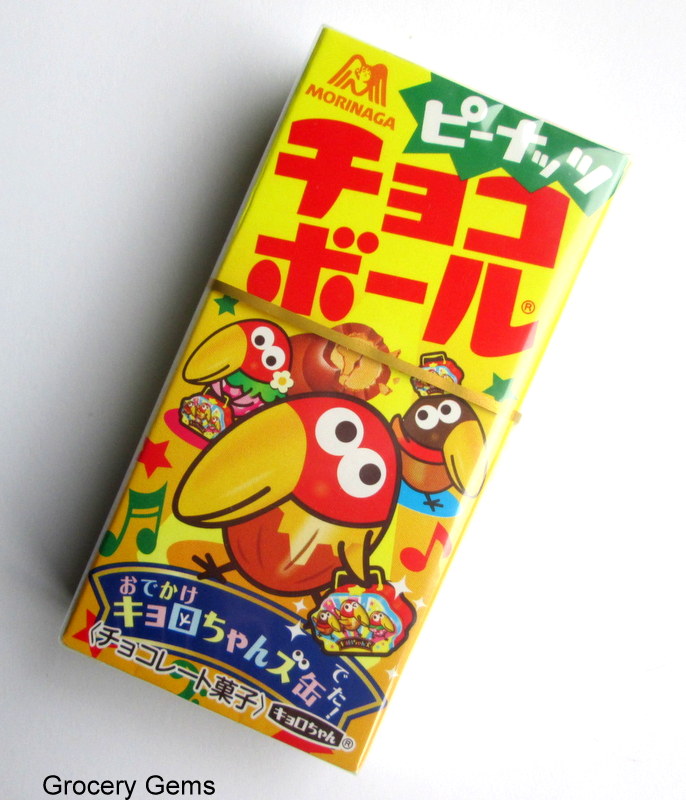 These Morinaga Choco Balls are described as peanuts covered in a crispy cookie layer and coated with chocolate. 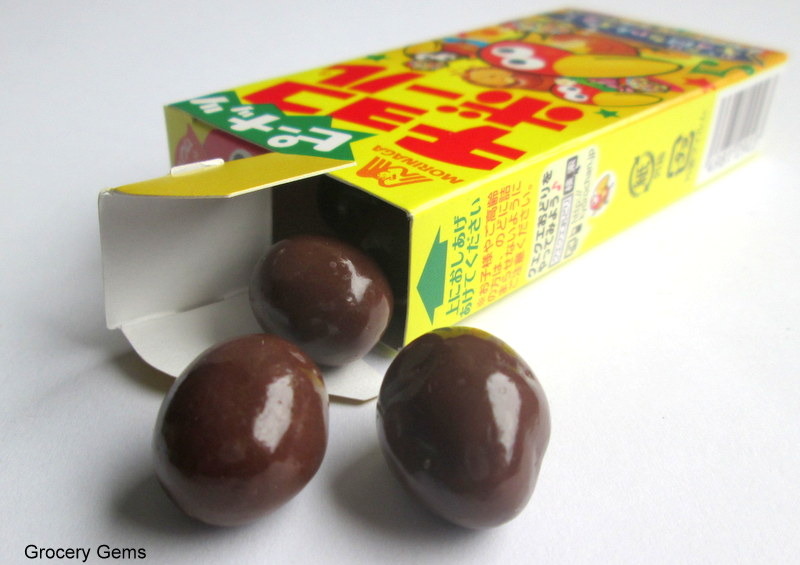 The chocolate coating is ridiculously glossy and gives these a gorgeous appearance. 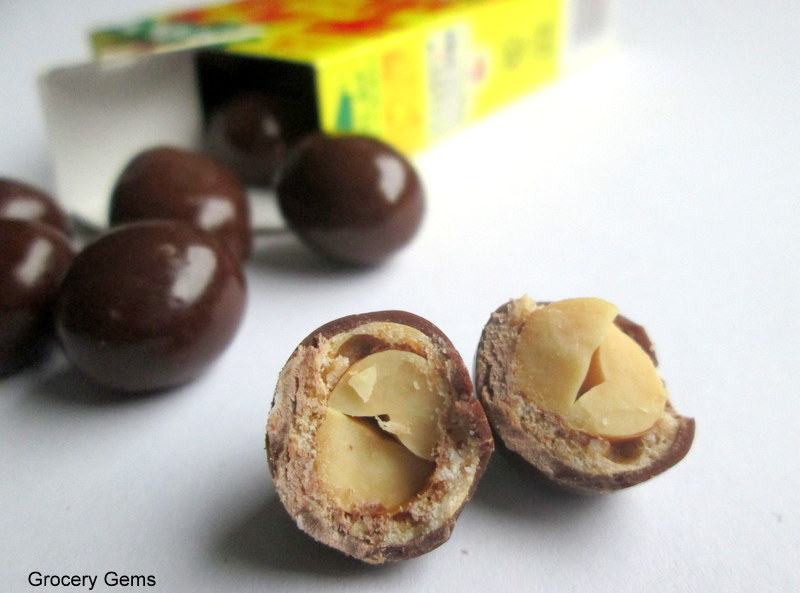 Each one has a whole crunchy peanut inside. The biscuity layer surrounding the peanut seemed to me more of a wafer consistency rather than a cookie. It gives the Choco Balls an extra crunch and more interesting than a regular chocolate covered peanut. The chocolate itself has quite a dark cocoa flavour and adds a sweetness to these delectable Choco Balls. 9 out of 10. 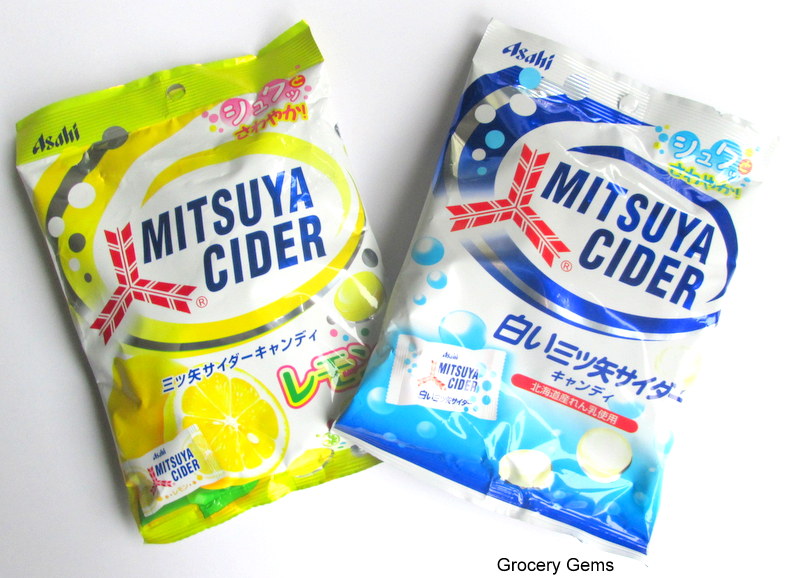 
Mitsuya Cider is a popular soda drink in Japan that has been around since 1884. Despite the word "cider" this drink is not actually made with cider. Instead, the Mitsuya Cider is a non-alcoholic drink that comes in many flavoured varieties. 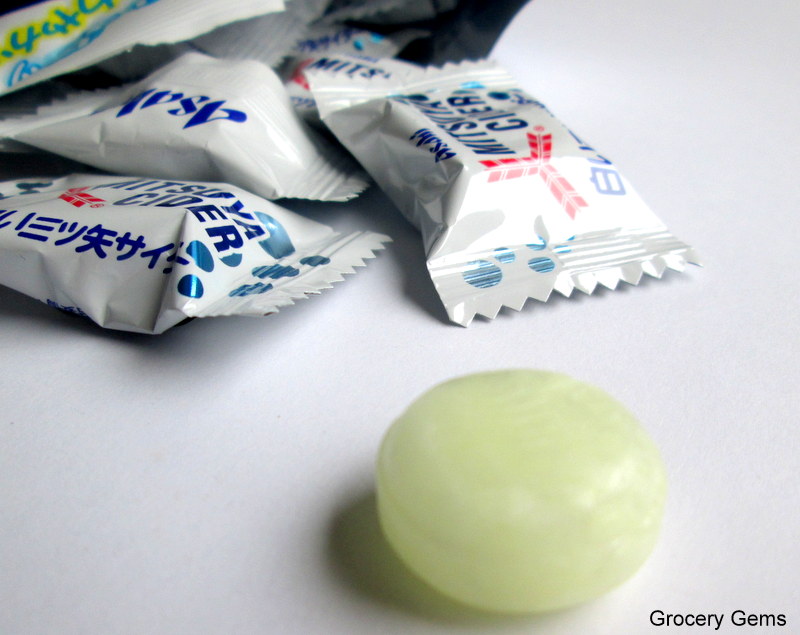 These candies based on the drink have a fizzy outer layer to replicate the soda drink itself. I tried out two flavours, the White Mitsuya Cider Candy and the Mitsuya Cider Lemon Candy. The White Mitsuya was my favourite of the two, it was much sweeter than I was expecting, with a subtle bubblegum flavour. The fizzyness gives it a sherbet edge and makes these surprisingly moreish! The lemon candies have a fairly strong zesty flavour and are more tart overall - perfect for lovers of sour sweets. (9 out of 10).


Take a look at Oyatsu Cafe for all their newest and limited edition Japanese snacks! http://oyatsucafe.com Don't forget you can use the discount coupon GROCERYGEMS for 15% discount off any Oyatsu Cafe order.

All products sent for an honest review.