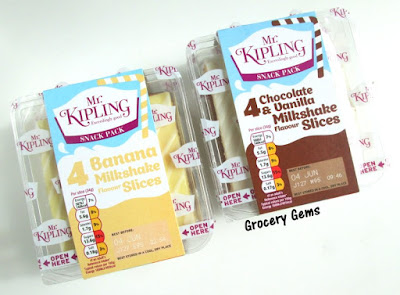 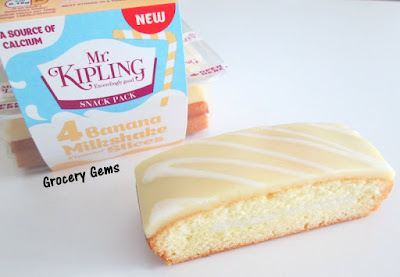 Mr. Kipling Banana Milkshake Slices: These are described as banana milkshake flavoured sponge cakes with a vanilla filling and and a banana flavoured fondant on top. The cake has a wonderfully sweet and creamy banana flavour, with a hint of vanilla, that really is reminiscent of a banana milkshake. Some might find the banana flavour too sweet but it's spot on for me. Everything about these is just delicious - the cake itself has a perfectly soft and moist texture too. I haven't always been a fan of Mr. Kipling Slices but this new Banana Milkshake flavour is going to be hard for me to resist! I much prefer these to the previous Mr Kipling Banoffee Slices which had a much lighter banana flavour. 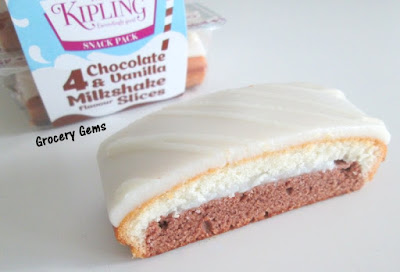 Overall, these new Mr. Kipling Milkshake Slices were surprisingly good and I'll certainly be buying them again - I might even try the Strawberry Milkshake flavour too. In fact I would have given them slightly higher scores (and a 10 out of 10 for the banana flavour) if the packs hadn't been reduced in size from 6 to 4 cakes.