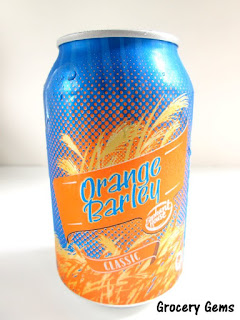 I recently picked up a few drinks from a local Asian supermarket for my Around the World reviews - I'm trying to pick up the pace on this challenge in 2015! There were quite a few products from this Elephant House brand which are all produced in Sri Lanka (such as lemonade and ginger beer) but I decided to go for the Orange Barley drink as it seemed a bit more unusual. 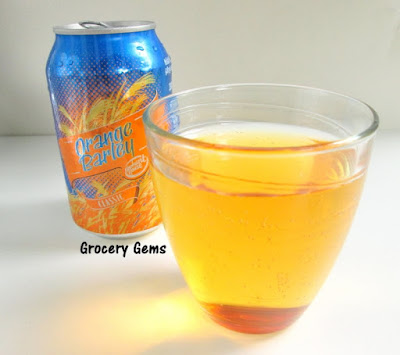 The drink itself has a bright orange colour and is lightly carbonated. The flavour was much sweeter than I was expecting. At first it reminded me a bit of original Lucozade but I think that may just be the combination of the bright orange and sweet flavour. Once I drank a bit more it revealed a much fruitier flavour, with a bit of orange but also an artificial bubble gum sweetness. I couldn't really detect the barley aspect of this drink, although there is a slight wheaty flavour. Overall, this drink was far too sweet for me to enjoy but I still appreciate that it has a very unique flavour.

Email ThisBlogThis!Share to TwitterShare to FacebookShare to Pinterest
Labels: Around the World