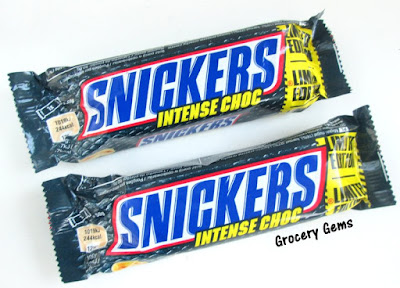 I bought this Limited Edition Snickers Intense Choc in a local newsagent. I think this is originally a Polish release, although it's difficult to tell from the packaging as there are several languages on the back. 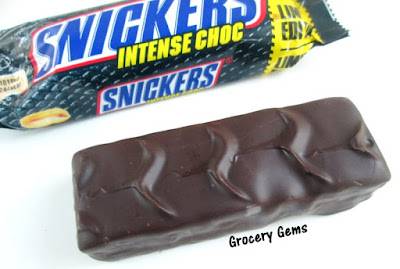 The Snickers Intense Choc is basically a dark chocolate version of a regular Snickers, all the other elements are the same apart from the thick dark chocolate covering. 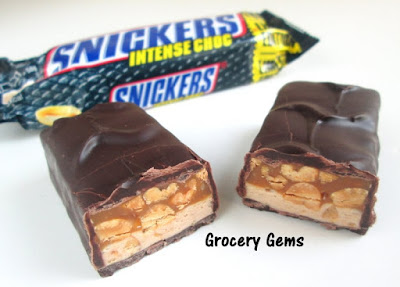 I was initially disappointed with the flavour of the dark chocolate here. It just lacked any real depth or intensity (especially given the name of this edition!). But the more I tried this bar, the more I enjoyed it overall. Unlike the milk chocolate covered version, with it's far creamier and sweeter flavour, the chocolate coating here does not dominate any of the other flavours. It's not a bitter dark chocolate, but just has fairly strong cocoa flavour, that actually works to accentuate the delicious peanut and nougat centre within. It's a successful combination, and even though I wish the dark chocolate flavour was a bit more intense, I still think I prefer the overall balance here compared to a regular Snickers.