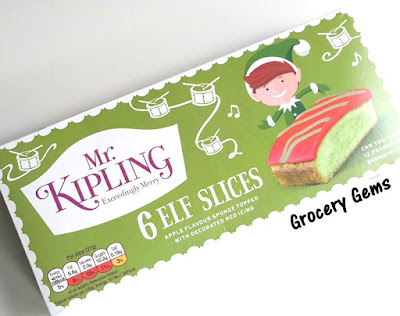 Another day, another Mr. Kipling cake! I don't normally buy Christmas products so early in the year but I really couldn't resist these new apple flavoured cakes from Mr Kipling. As Mr. Grocery Gems put it "you just couldn't 'elf yourself could you". 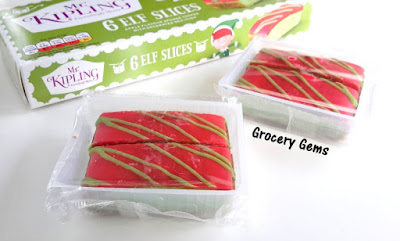 There are six Elf Slices in each box which are helpfully wrapped in three portions of two slices. 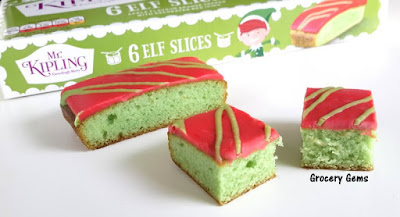 The cakes look really festive with their light green sponge topped with a bright red and green icing. Like all Mr. Kipling Slices, the sponge is lovely and soft, and the sugary icing is just melt in the mouth - a couple of bites and these are gone! Of course most people are going to be interested in the apple aspect and I'm happy to report that the sponge cake has a lovely, sweet apple flavour. It's a slightly strange experience at first because it's a bit like eating an apple pie flavoured cake, but the whole thing is ultimately very tasty. It would have been great to have some flavour in the icing too, perhaps a little cinnamon to make it really Christmassy, but that's just me being picky!

Also check out my review of the new Mr. Kipling Witches Hat Fancies from yesterday.