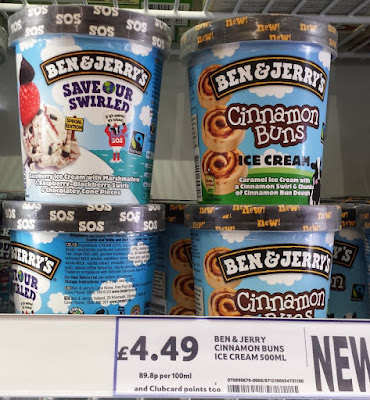 A round up of new products spotted instore.


Ben & Jerry's Save Our Swirled: Also pictured in the photo above is the new Save Our Swirled ice cream. This one features a raspberry ice cream with marshmallows, raspberry and blackberry swirls, and chocolatey cone pieces. £4.49p at Tesco. 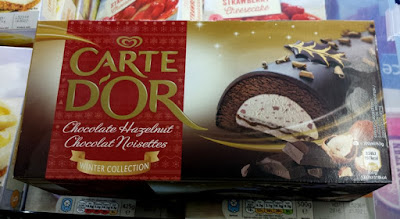 Carte D'Or Chocolate Hazelnut Winter Collection: This is a large celebration ice cream dessert that looks absolutely gorgeous. I enjoyed the similar Carte D'Or Raspberry celebration ice cream last year (we had it as a Christmas dessert and everyone loved it). This Chocolate & Hazelnut version will be at the top of my Christmas dinner shopping list for sure. £3.00p at Tesco. 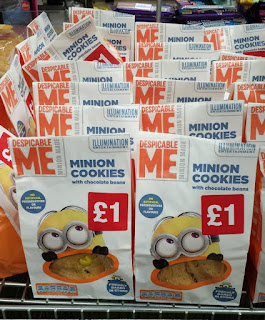 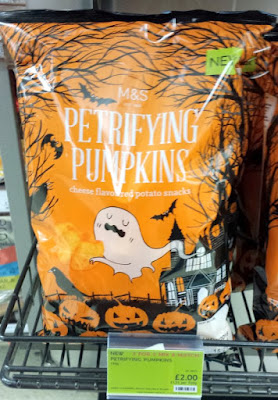 M&S Petrifying Pumpkins: M&S has it's usual impressive range of Halloween foodie products instore. I liked the look of these new Petrifying Pumpkins. These cheese flavoured puffed crisps are all pumpkin shaped which looks really unique. £2.00p at M&S (3 for 2 offer across the Halloween range). 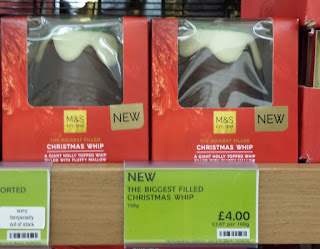 M&S Christmas Whip: Of course there is also a wide range of Christmas products available at M&S already too. This giant Christmas Whip looks fun and would make a really cute gift. It doesn't seem to be Christmas flavoured in any way which is a shame, but it is well decorated, with holly and white icing to look like a Christmas pud. £4.00p at M&S. 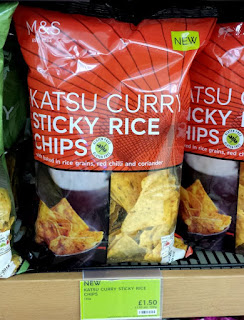 M&S Katsu Curry Sticky Rice Chips: Japanese katsu curry is my ultimate favourite meal so I was pretty delighted to find these intriguing sounding chips in M&S. I'll have a review soon. £1.50p at M&S. 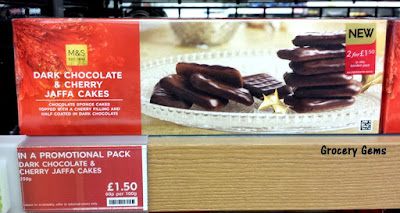 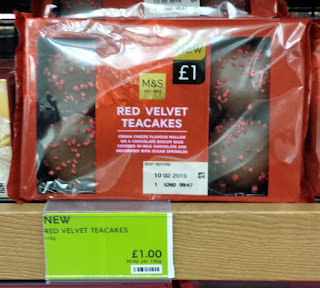 M&S Red Velvet Teacakes: A modern twist on classic teacakes. These feature a cream cheese flavoured mallow with a chocolate base and decorated with red sprinkles. £1.00p at M&S. 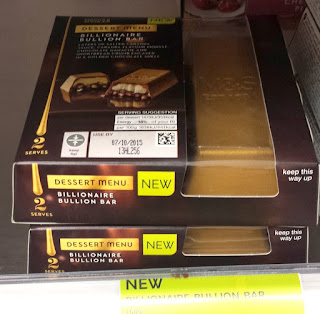 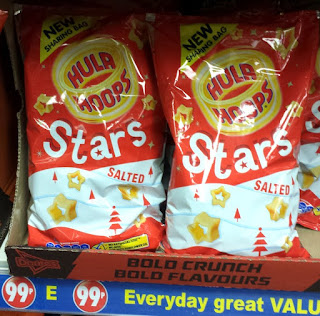 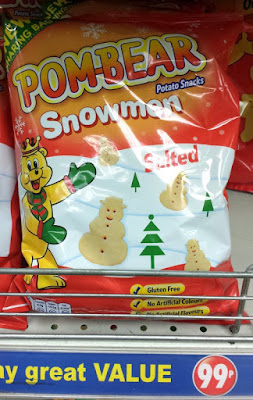 Pom-Bear Snowmen: Probably the only thing cuter than star shaped crisps would be these Snowmen shaped crisps. Spotted at 99p Stores.

If you've spotted any new products instore then I'd love to hear from you - email grocerygems@gmail.com or tweet me @grocerygems. Thank you!