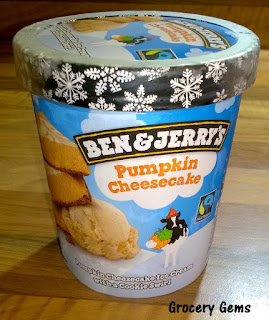 Thanks to Lucy W. for the first three photos! 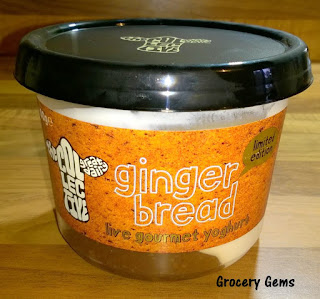 The Collective Gingerbread Yogurt: I love the limited edition yogurts from The Collective. They always release such interesting seasonal flavours. This Gingerbread is really appealing to me and I'm sure I will enjoy it more than the Xmas Pud yogurt last year. £2.00p at Tesco. 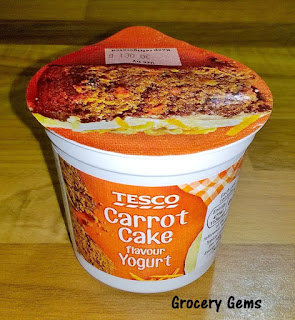 Tesco Carrot Cake Yogurt: This is such a unique yogurt flavour from Tesco. Lucy tells me there was also a Marmalade Toast flavour and a Raspberry Doughnut flavour! Let me know if you've tried any of these. £0.60p at Tesco. UPDATE: I've hear from Sophie who says that this yogurt was  a little disappointing, it had only two sultanas and needed more cinnamon flavour, and perhaps some grated carrot too. However, she did say the mascarpone part was tasty. If you've had a similar experience let me know in the comments below. 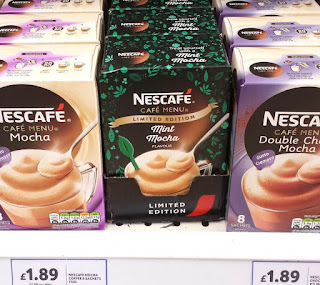 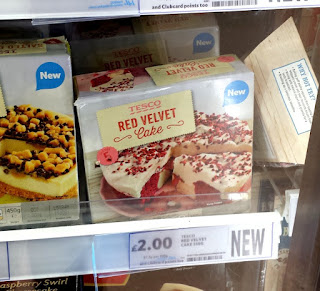 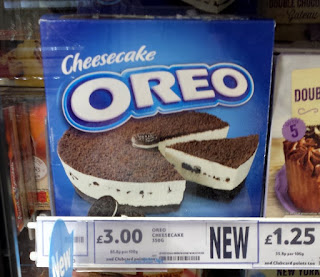 Oreo Cheesecake; I'm definitely tempted by this one. If you've tried it then let me know if it's any good in the comments below! £3.00p at Tesco.

Cadbury Snowy Delight Pots of Joy: This limited edition Pots of Joy chocolate dessert from Cadbury is a simple combination of white and milk chocolate layers. It's a nice enough looking winter edition but I'd like to see something more autumnal from Cadbury at this time of year. £2.58p at Tesco. 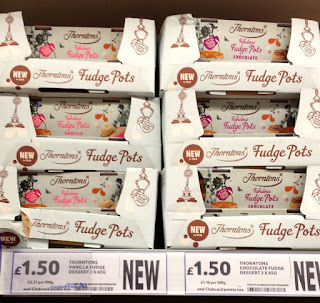 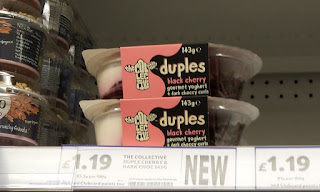 The Collective Dairy Duples: The Collective have also released a new range of duo pot yogurts called Duples. Lucy told me about these and I managed to spot one flavour instore, a 'black cherry gourmet yogurt with dark choccy curls'. £1.19p at Tesco. 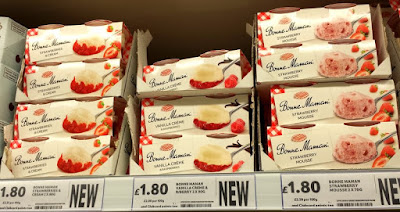 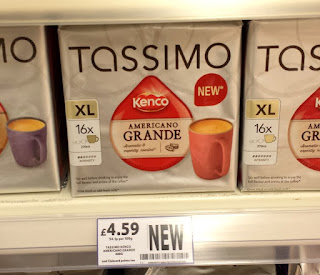 Tassimo Kenco Americano Grande: I must admit that I haven't used my Tassimo machine in months. It's currently gathering dust in the back of a cupboard somewhere. I'm almost tempted to give it another go and try these new Kenco Americano Grande capsules. If anyone  has tried these then I'd love to know if you enjoyed them. £4.59p at Tesco.

If you've spotted any new products instore then I'd love to hear from you - email grocerygems@gmail.com or tweet me @grocerygems. Thank you!