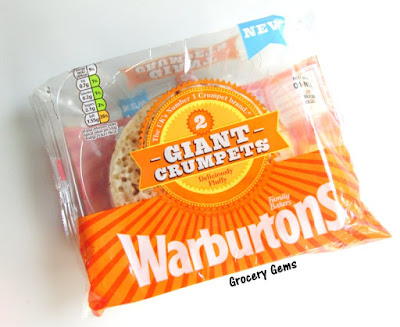 Warburtons have released a giant version of the classic crumpet. The Giant Crumpets are almost twice the size of regular crumpets but still have the same thick and fluffy texture. 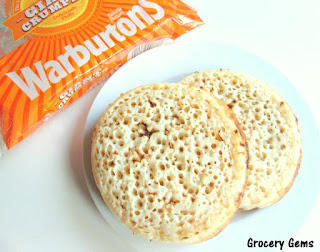 Each pack contains two large crumpets which are easily double the size of our usual crumpets - almost as big as the plate. I must admit I was expecting them to be quite thin, to make up for the larger size, but they're just as thick as regular crumpets. Even though they're twice the size, these crumpets still fit easily into a toaster. 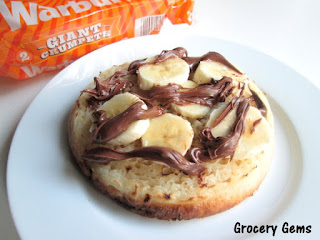 Once toasted, the flavour is really delicious, with a lovely soft texture with crunchy edges. A giant crumpet deserves a special topping and for me it could only be bananas and Nutella! Of course this was strictly a one-off treat (ahem) but there are lots of other ideas for how to enjoy these giant crumpets. 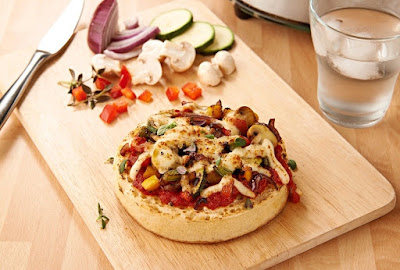 Because the crumpets are so big they can be used as a quick and easy meal option. Warburtons sent me a few gorgeous ideas for their giant crumpets such as chicken breast & avocado or a sweet summer berries with marscaone. I especially liked their savoury idea (pictured above) that combines tomatoes, mushrooms and cheese. It's basically a crumpet pizza! I'll be making this one for sure.