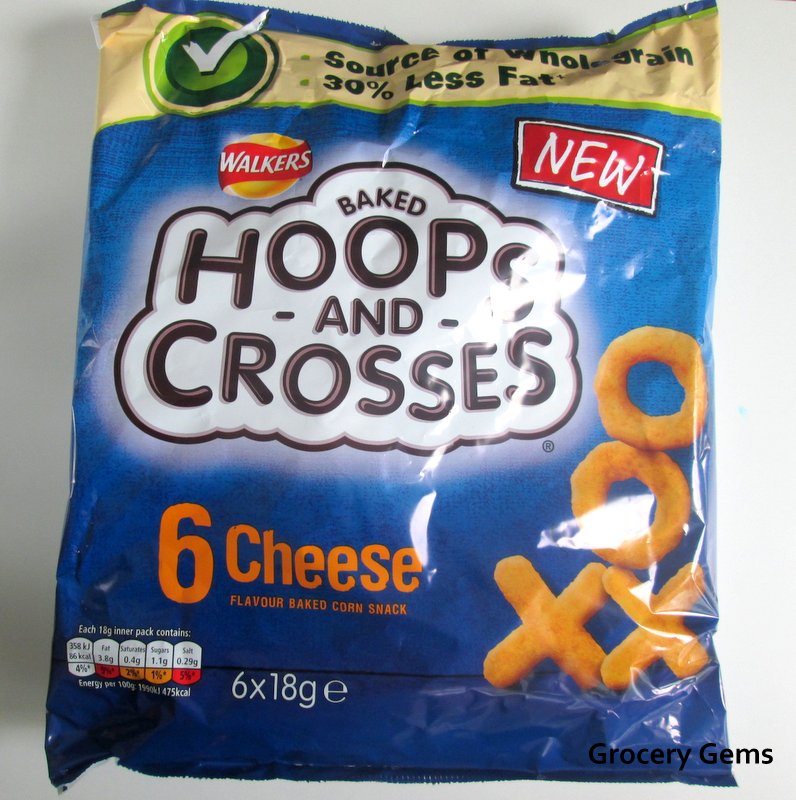 Another snack we've been trying recently is the new Walkers Hoops And Crosses Cheese flavour. I first reviewed the Hoops And Crosses corn snacks range in April 2013, when it was launched with three flavours; Roast Beef, Salt & Vinegar and Prawn Cocktail. Even though my kids enjoyed the range at the time I don't think we ever bought them again. The introduction of this "Cheese" variety might not seem like the most exciting new flavour, but I was still keen to give them a try. 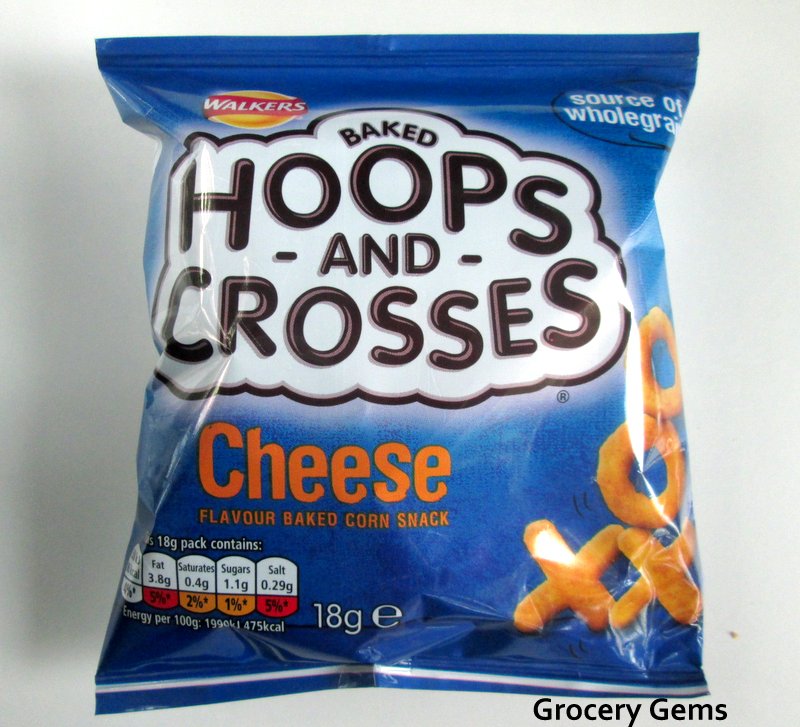 Each pack has 86 calories and contains a source of wholegrain, although they are also fairly heavy on the salt and fat as shown by the red food labels. 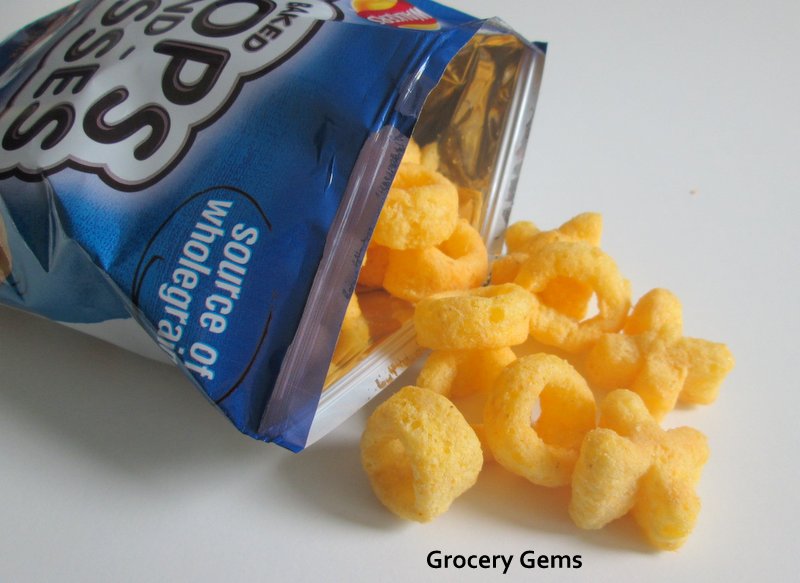 Each bag was more than two thirds full, unlike the Walkers Stars we tried last week. I was expecting these Hoops And Crosses to taste a bit like Wotsits, which I'm not the biggest fan of (too stinky and orange!), so I was pleased to find that the Cheese Hoops & Crosses are much tastier. They also don't leave that gross orange coloured powdery residue on sticky fingers *shudders*. I really can't stand Wotsits for that reason! Instead, whilst the cheese flavour is still strong, and there is a generous coating on each individual puffed corn snack, they are not as overpowering as Wotsits. The Cheese Hoops And Crosses are quite salty but I enjoyed the hint of onion and garlic that rounds off the cheesy flavour. Definitely recommended for anyone who's a fan of cheese flavoured puffed corn snacks!