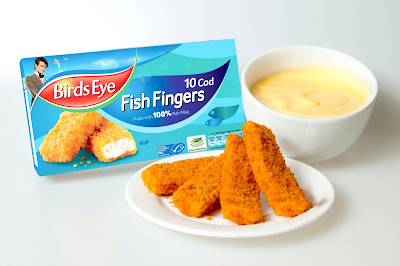 Here in the UK, April 3rd has been named National Fish Finger and Custard Day. If you have no idea what that means then you're clearly not a fan of Dr. Who. But don't fret, because I didn't have a clue either! In fact I had to check with my brother that this wasn't some kind of PR version of an April Fools joke. It turns out that the Eleventh Doctor, played by Matt Smith, is a fan of the "delicacy". Which leaves me wondering how many Dr. Who fans will be tucking into some fish fingers and custard today? 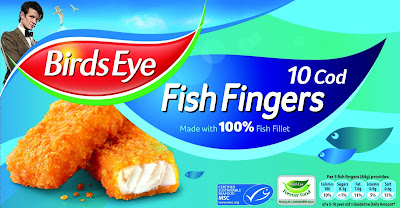 Birds Eye have created this special edition Fish Finger pack which features Dr. Who replacing, or as I like to see it, exterminating, the old bearded Birds Eye Captain. Unfortunately the pack won't be available in the shops as it's a bespoke pack that has been sent directly to Matt Smith. Along with a YEAR'S supply of fish fingers. I'm not sure what he's going to do with all those fish fingers unless some kind custard company also sends him a year's supply of custard.

Email ThisBlogThis!Share to TwitterShare to FacebookShare to Pinterest
Labels: Random