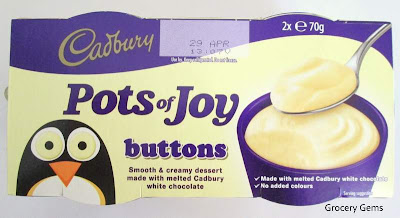 Following on from my review earlier today of the Dairy Milk Pots of Joy is this White Chocolate Buttons variety. It's simply called "buttons" on the packaging but all the promotional material I've seen refers to it as the White chocolate Buttons so I'll go with that, for now! 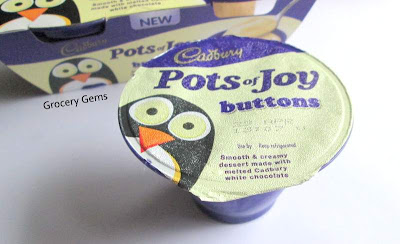 Just like the Dairy Milk version, this dessert had a silky smooth texture that was absolutely gorgeous. It's different from any other similar chocolate dessert that I've tried before, it's just utter perfection texture wise. I'll say it again - it's smooooth. 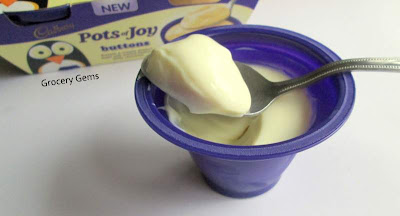 The flavour here is just fantastic too. I must admit I was expecting a fairly average and very sweet white chocolate with perhaps some vanilla to it, but it's so much more than that. It's a deliciously indulgent white chocolate that has a rich caramel, rather than vanilla, undertone to it. The white chocolate is sweet without being overwhelmingly so, and it's very creamy without being too milky. The combination is just delicious and anyone who's a fan of white chocolate should try to track this down immediately. 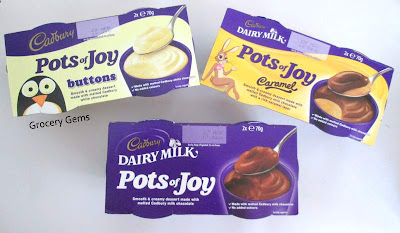 Note: I would have given these a much higher score based on taste, but unfortunately they contain pork gelatin which is a bit off putting.