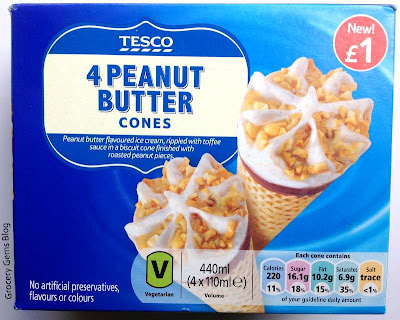 These Peanut Butter cones from Tesco are a great addition to their expanding ice cream cone range. Peanut butter is undoubtedly becoming a more popular flavour in the UK, and it's great to see it in an ice cream cone format at last! 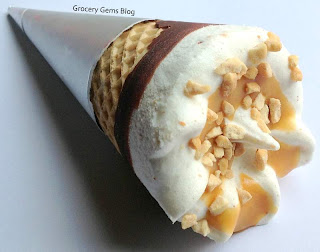 These Peanut Butter cones are great value. A pack of four cost only £1 but you wouldn't know it from looking at them. They look simply scrummy. The cones have a generous sprinkling of peanuts with a peanut butter toffee sauce on top. There was lots of lovely peanut flavour from the sauce and nuts. It doesn't have a salty edge to it, instead it's has a very sweet nuttiness which I enjoyed. 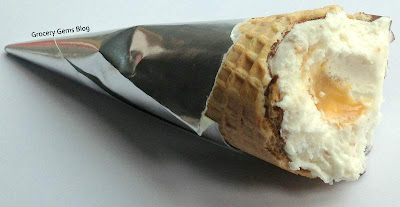 The ice cream has a slightly speckled look to it, with tiny bits of peanut throughout. The flavour is predominantly of a vanilla ice cream but it's still a very satisfying one. There is also a "core" of toffee sauce running through the middle of the cone which adds lots of extra flavour to the ice cream. Overall these are excellent value and great tasting too.