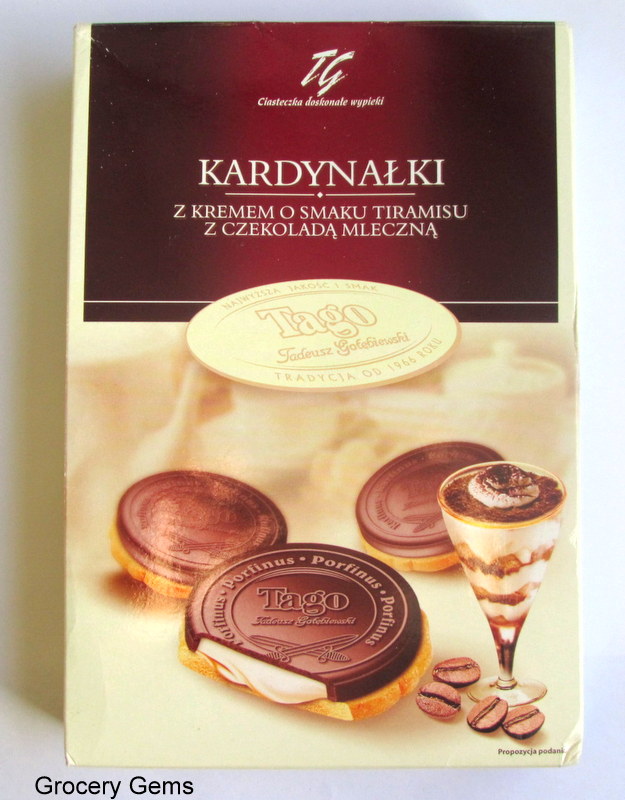 Some more of the delicious Polish snacks which were recently sent to me by @Banjo_Chocolate. These are all available in the UK, check out your the World Foods section of your favourite supermarket, discount stores, or local grocery shops.


Also it would be great if you could check out the Facebook page for Bring Back Banjo Chocolate here and sign the petition here! All support for @Banjo_Chocolate's campaign is much appreciated, thank you :) 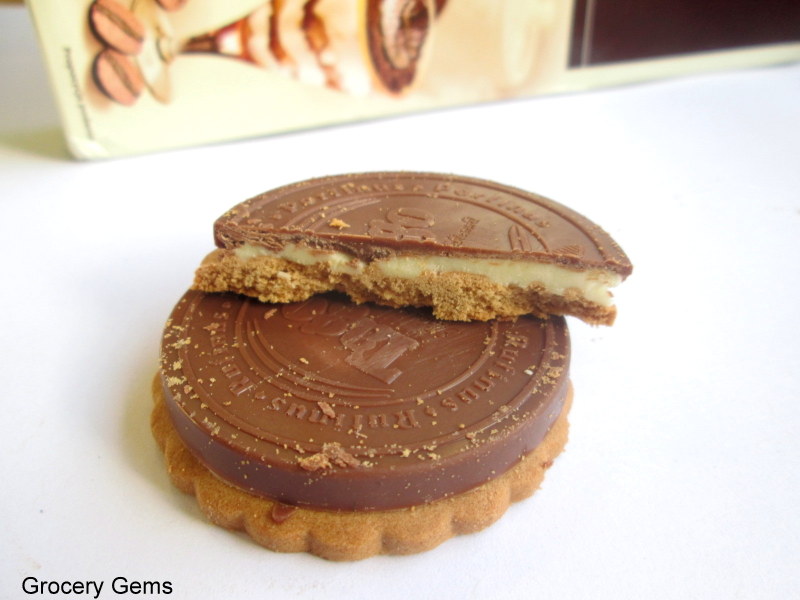 Firstly are the Tago Kardynalki with Tiramisu Cream from Poland. Apologies for the crumbly photo, as these biscuits actually have a very pleasant appearance. The chocolate on top has a distinctive logo and writing that gives it an appealing look. This thick milk chocolate is also simple but tasty, with a smooth flavour. The biscuit on the bottom has a slightly spiced and caramelised edge to it, a bit like a speculoos biscuit, whilst the inner tiramisu layer is creamy and has a mild coffee flavour. These don't have an alcoholic taste at all, but really do have a delicious flavour reminiscent of a tiramisu dessert. 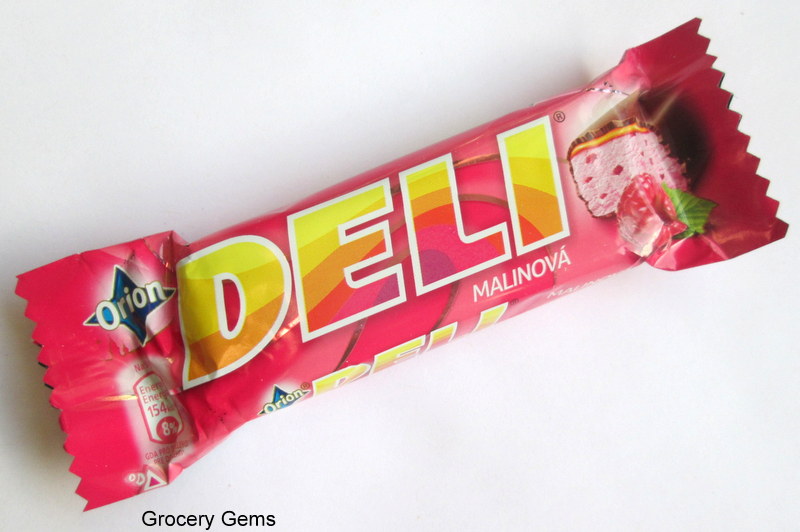 The Deli Malinova (Raspberry) is made by Nestle for the Czech Republic and Slovakian markets under the Orion brand. I've tried an Orion bar before, the Banány V Cokolade (see my review HERE), which I did not like at all, so I didn't initially have very high hopes for this Orion Deli. However, I'm pleased to say I was wrong and found the Deli Malinova much more enjoyable. 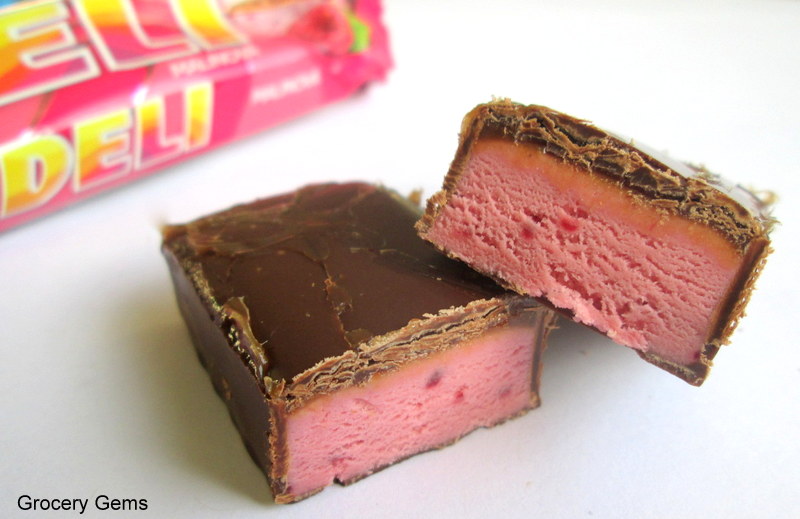 This is a really unusual bar, it's a bit like a raspberry flavoured milky bar, with a similar type of soft nougat filling, except a bit chewier.The raspberry flavour here is tasty enough, quite candy-like but in a good way. There is a thin layer of caramel at the top of the nougat layer too, but it didn't really add anything in terms of flavour. I simply felt like I was eating a soft raspberry sweet that was covered in chocolate, sounds strange but somehow it worked! The whole bar is quite sweet, but moreish at the same time.

Thanks again to @Banjo_Chocolate who has introduced me to so many lovely new products and brands!