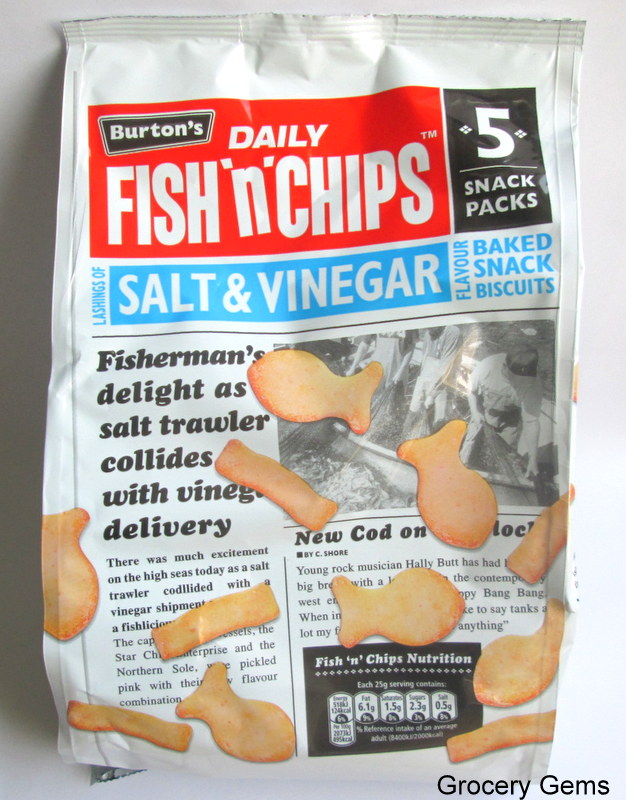 Burton's Fish 'n' Chips, an iconic snack during the 1980's, were discontinued over 10 years ago. Since that time they've been the subject of many campaigns to be brought back into production, and happily this consumer pressure has led to them being reintroduced. These Salt & Vinegar Flavour Mini Baked Snack Biscuits are available as bags of five snack sized 25g packs, a 40g grab bag, or a large sharing sized bag at 125 . 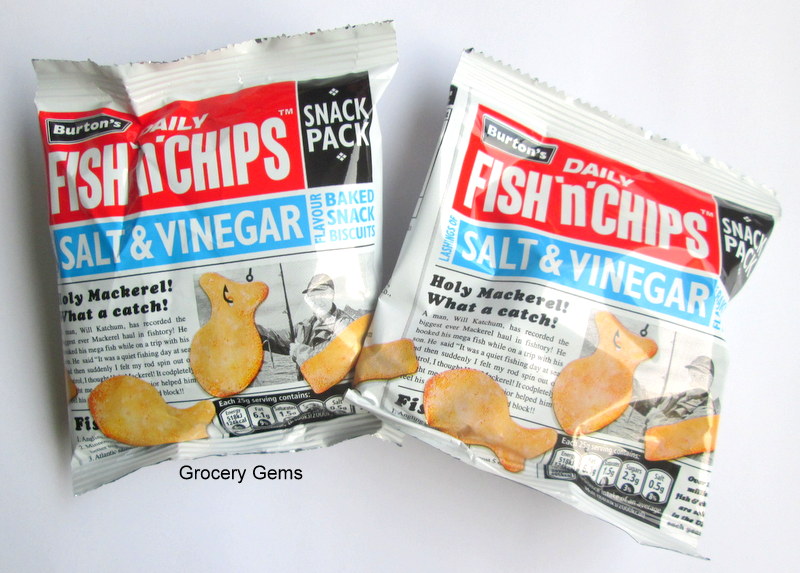 I have to admit I don't really remember Burton's Fish 'n' Chips from back in the day, although I can't believe I went through that period without trying a pack at least once. 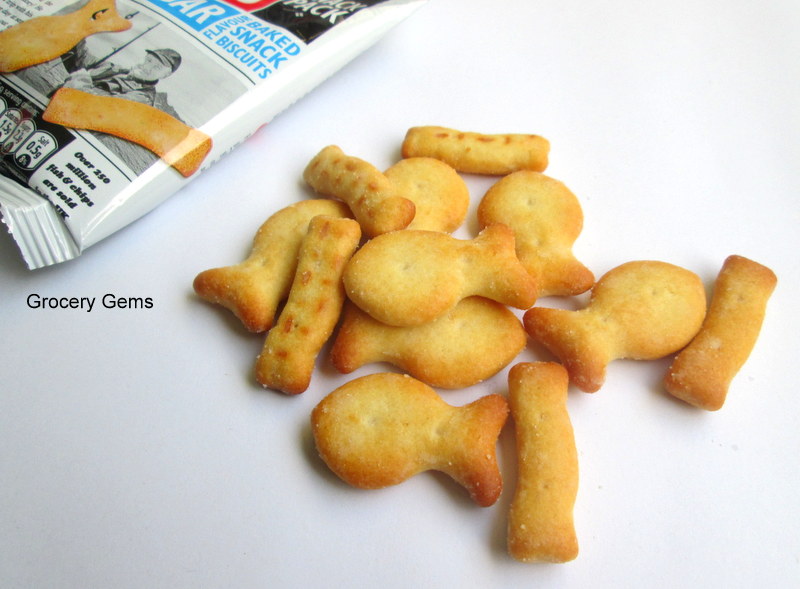 The packaging and appearance of these Fish 'n' Chips is wonderfully done. They're instantly appealing and appetising. Each mini snack has lots of visible seasoning, which at first glance suggests that these snacks will be very heavy on the salt. However that's not really the case. Yes, they are full of traditional salt and vinegar flavour but I didn't find them as overpoweringly salty as some other Salt & Vinegar crisps on the market. These have a distinctive flavour led by the malt vinegar and biscuit base. I find it interesting that these are called "biscuits" on the packet rather than crackers. The slightly softer and biscuity texture makes these noticeably different from initially similar sounding snacks such as Jacob's Oddities. For me, it's a welcome return for these Burton's Fish 'n' Chips, they're certainly very tasty and worth trying if you're a fan of salt and vinegar snacks.

If you've tried Burton's Fish 'n' Chips in their old and new formats then please feel free to add to this review by leaving a comment below. I'd love to know how these compare and if they taste the same as you remember!

And since we're on the subject of discontinued products which have been rereleased due to public campaigns, please take a look at the campaign for Mars to bring back the Banjo chocolate bar. All the details are on the Facebook page here or you can sign the petition directly here! All support for @Banjo_Chocolate's campaign is much appreciated!

Email ThisBlogThis!Share to TwitterShare to FacebookShare to Pinterest
Labels: Snacks