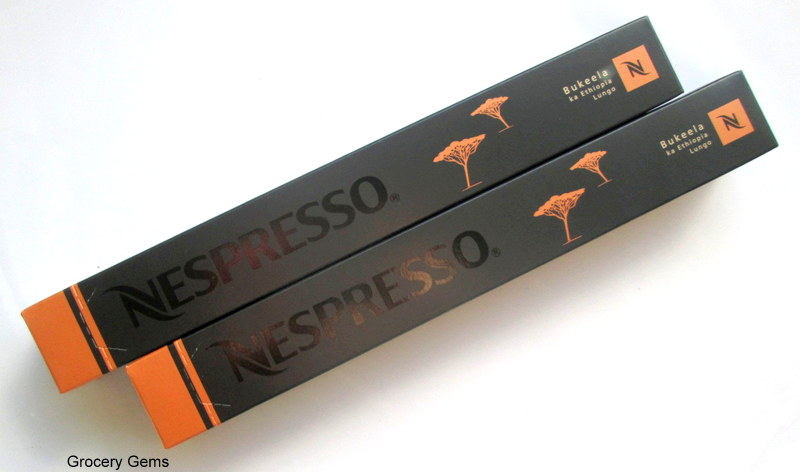 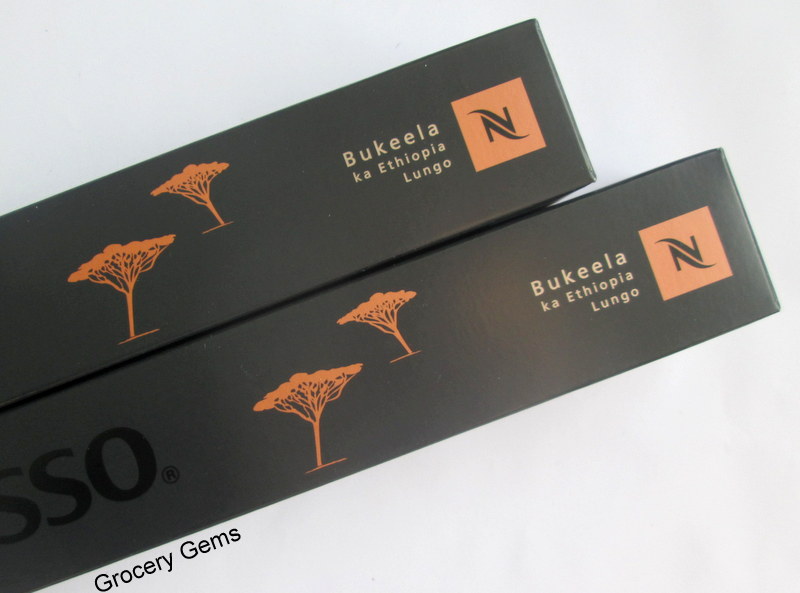 The first thing to note about the Bukeela ka Ethiopia is that it has a fairly mild intensity rating of 3. I don't usually purchase anything less than an intensity 6, but I always like to try out the newest varieties regardless of this rating. 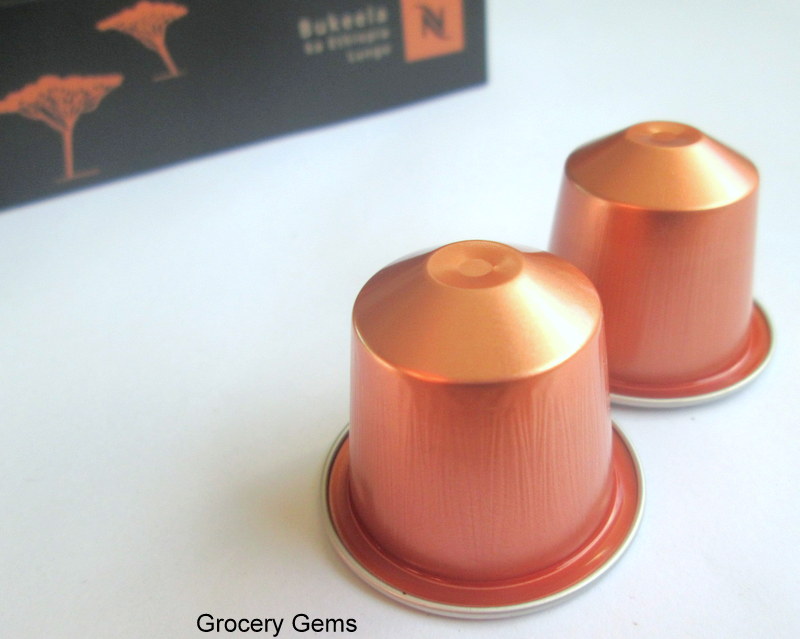 Nespresso recommend using the Bukeela ka Ethiopia on the Lungo setting (110ml), to experience it's full floral notes. Adding a dash of milk is also recommended to bring out the smoother caramelised notes within. I followed this advice and tried the Bukeela ka Ethiopia both ways. As a Lungo without milk this Grand Cru has an extremely delicate and light flavour. But what it lacks in strength it makes up for in the delicious background notes which are indeed delicately floral. Adding a small amount of milk, does alter the flavour to a sweeter profile, but I felt that it made the coffee a bit too weak for me. The overall lightness of this coffee means that I would enjoy it as an afternoon drink, as an alternative to tea, rather than as my usual morning pick me up. 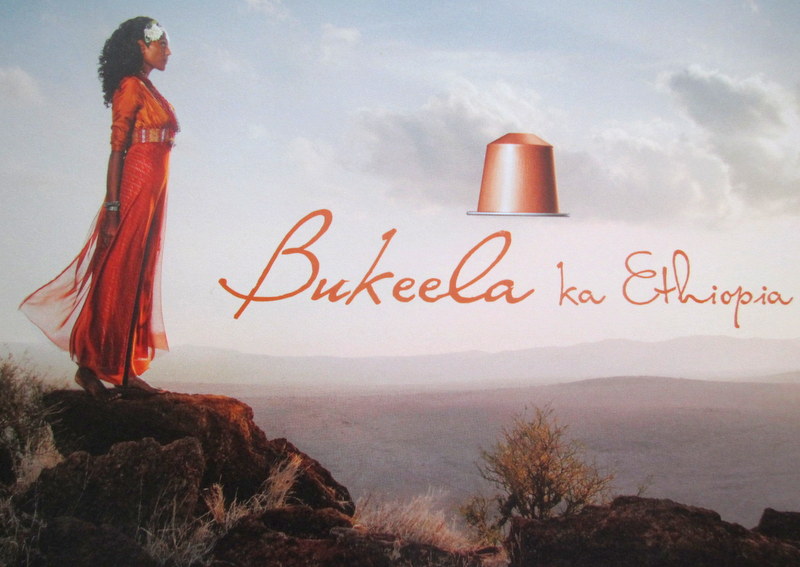 I was pleasantly surprised by the complex yet fragile flavour of the Bukeela ka Ethiopia, and I'm sure I will buy it again at some point in the future, however it won't become part of my regular Nespresso line up.

Have you tried the Bukeela ka Ethiopia? I'd love to read your thoughts in the comments below, thank you!