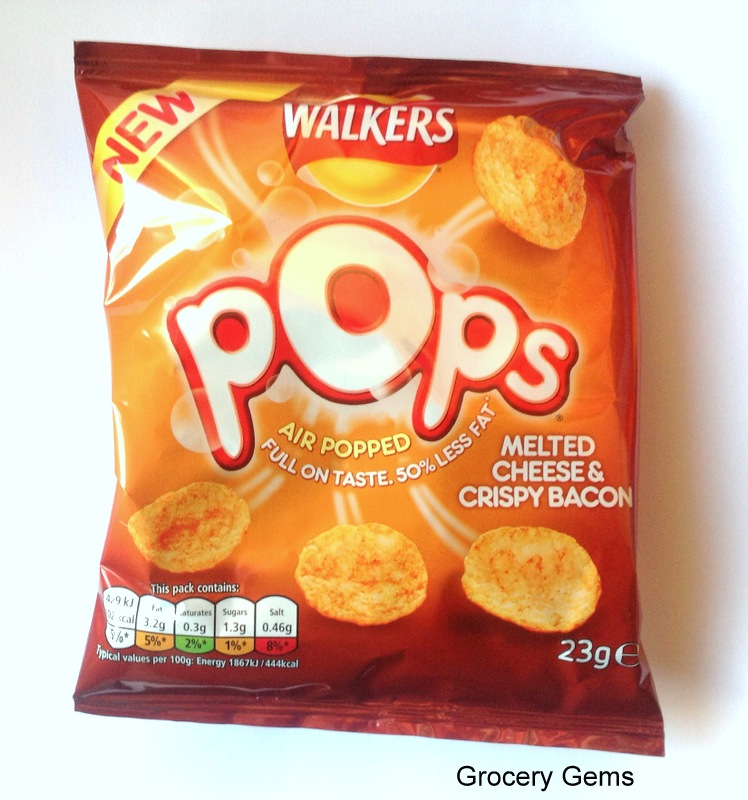 Air popped crisps are becoming increasingly popular as a supposedly healthier version of regular fried crisps, and it's exciting to see Walkers creating their own version with these Pops. These have been air popped rather than fried and claim to have 50% less fat compared to standard potato crisps. There are three flavours available; Original, Sour Cream & Onion and Melted Cheese & Crispy Bacon. I bought a bag of the latter, with a 23g bag containing 102 calories. 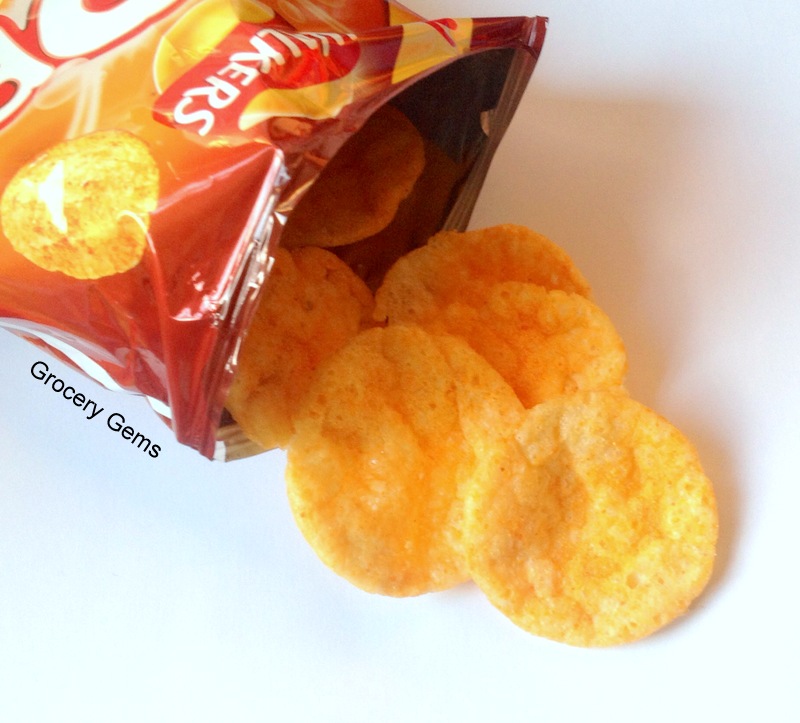 Initially I felt that Melted Cheese & Crispy Bacon sounded like quite an elaborate flavour name for what would be a regular Walkers Cheese & Bacon, but it's actually a very good description of the flavour. The cheese here is quite a strong cheddar type flavour, but it does have a melted, almost toasty, quality to it too. Although the Crispy Bacon part of it is pretty much just the salty bacon flavour that you would expect. The seasoning overall is very strong on these crisps, slightly bordering on being too salty for me. The popped crisps themselves are large disc shapes which have a puffy and light texture. They're certainly tasty and enjoyable to eat and I would probably buy them again as an occasional treat.