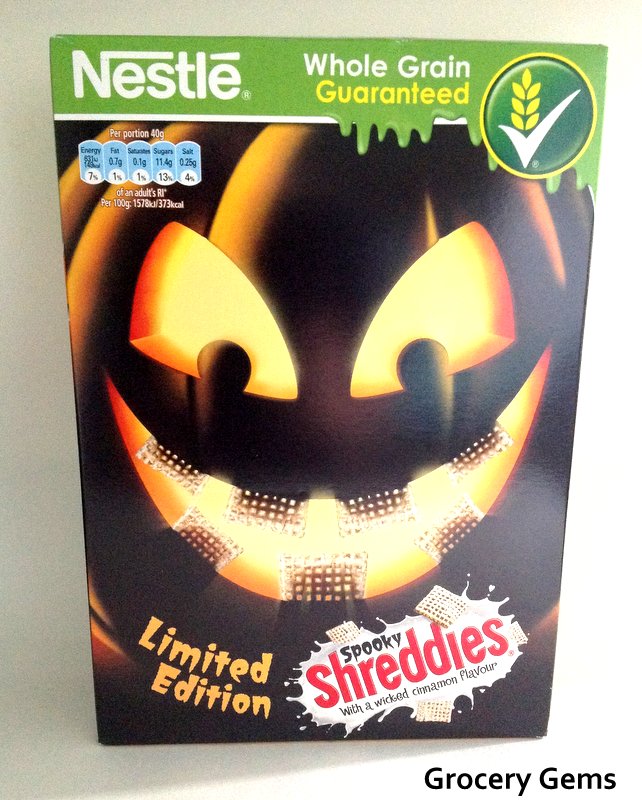 Doesn't this packaging look brilliantly spooky? The box almost seems to glow! It's great to finally find a cool limited edition for Halloween. I'm really pleased that these limited edition Spooky Shreddies are cinnamon flavoured too. There I was moaning in my last round-up post about the lack of cinnamon products for autumn, whilst Nestlé had this little gem up their sleeve the whole time. Shreddies is already one of my kids' favourite cereals and as a family, cinnamon is a flavour we can all get behind. It's Mr. Grocery Gems' favourite flavour, if it's cinnamon he'll try it, and my kids love it too. Can you tell I'm excited about this one? 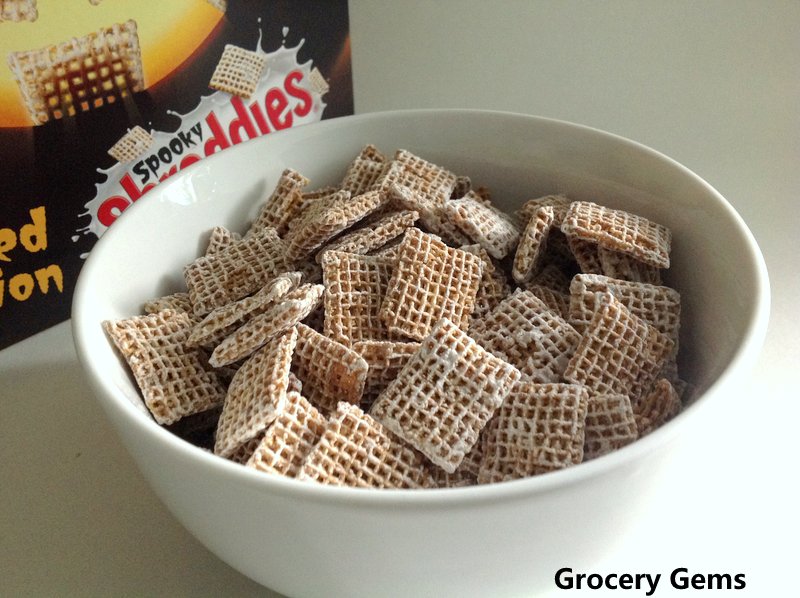 The cereal itself is actually frosted Shreddies, they have the same thin frosted sugar coating, but with a lightly spiced cinnamon flavour. I think the cinnamon flavour is all in the frosting rather than in the cereal itself, but it's quite hard to tell as the flavour is strong enough throughout. The cinnamon flavour itself doesn't have any heat to it at all, it's quite a mild cinnamon with added sweetness from the sugary frosting. There is enough cinnamon flavour to give it a bit of warmth but without it being too overpowering. I haven't tried this  cereal with milk, I'm a eat it dry straight out of the bowl type of person, but Mr. Grocery Gems did enjoy it with milk. I'll definitely be buying these Spooky Shreddies again and plan to stock up on a few more boxes whilst they're still around!

As an aside, when I first saw these I was convinced that I had already tried cinnamon flavoured Shreddies in the past. After a bit of googling it was actually a supermarket own brand version that I was thinking of - Sainsbury's Cinnamon Malties, although these aren't frosted (see a review here).